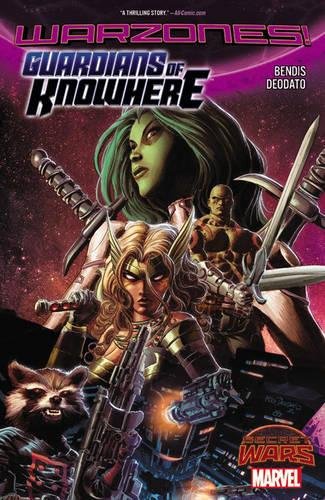 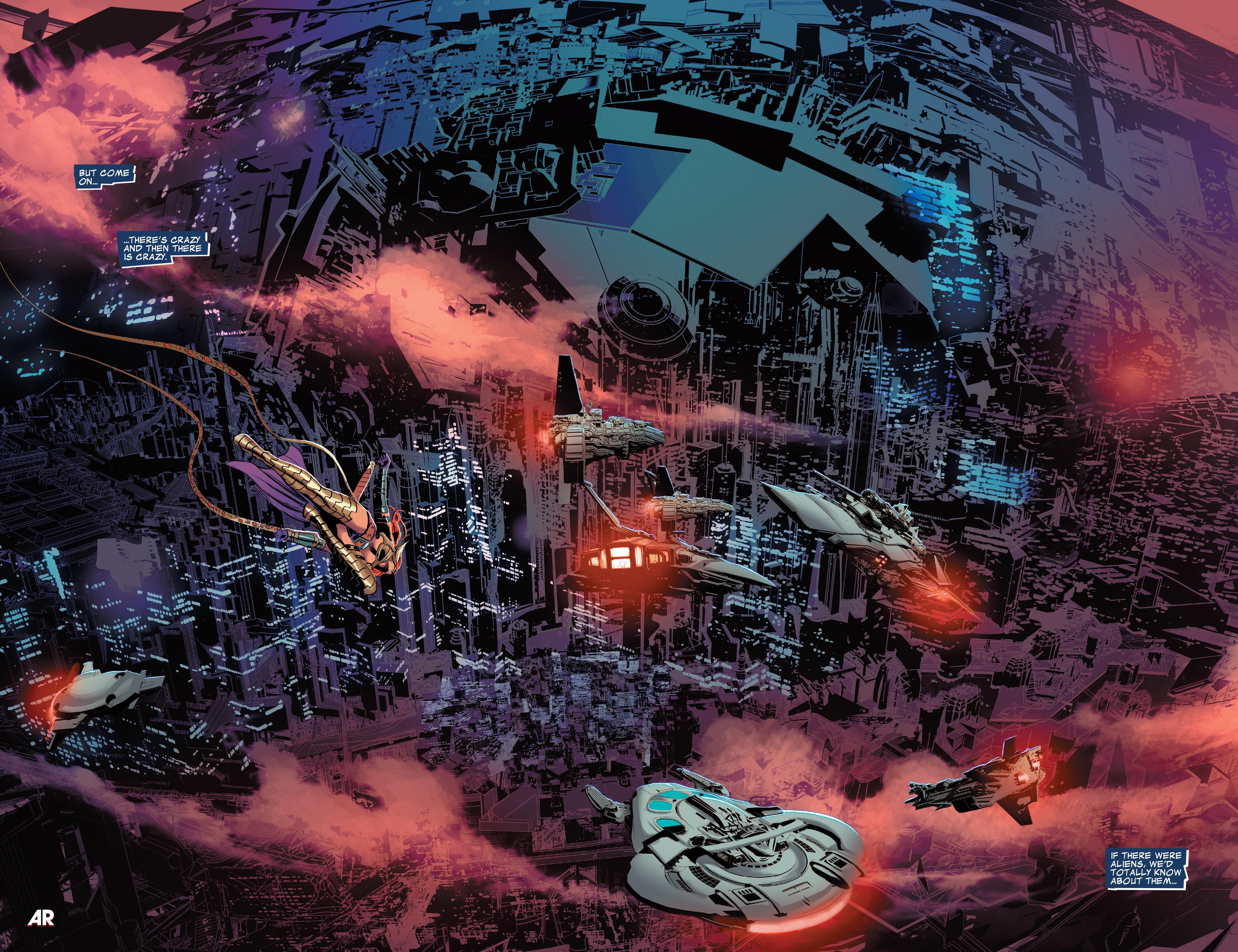 Guardians of Knowhere ties in with Marvel’s 2015 crossover Secret Wars. The known universe is controlled by an inordinately powerful Doctor Doom, and an indication of his godlike nature is that several years previously he destroyed a Celestial, one of the universe’s most powerful beings. The skull orbits the planet as a warning, and it now houses an entire vast community of displaced aliens. Known as Knowhere, the one time Guardians of the Galaxy have sworn to protect it.

This all sounds well and good, but what it needs protecting from is a matter writer Brian Michael Bendis just brushes under the carpet, along with several other plot elements. Most are introduced just to provide visual spectacle, and while that’s the purpose of a superhero graphic novel, a little more effort providing logic and consistency would have been nice. The thread running through the book is that Gamora has uneasy awareness of something, and when that plot plays out it’s as if a balloon has been pricked by a pin.

However, talking about that visual spectacle, this is one amazing looking graphic novel. We already know Mike Deodato varies between very good and spectacular, but this is a step up from even that. In an era when Marvel are frequently unable to find artists capable of drawing three consecutive comics to a monthly deadline that Deodato can turn out work of such detail and quality is almost beyond belief. Not all of it is ultimately necessary to the story, but neither does it complicate matters, the distraction being only as the reading of the story slows to take in another amazing vista. And it’s not just with the landscapes that Deodato’s good. His Rocket Raccoon has a credible threat, and the remainder of the cast look and move in a natural manner. It’s a great pity this effort is wasted on Bendis’ thrown off story.

As four original comics are very much on the parsimonious side for a graphic novel, the book is padded with a reprint from ten years previously. As a story for those wrapped in the continuity of Marvel comics, it’s clever, offering an origin for an all-powerful being known as the Beyonder, and a featuring a confrontation between him and Earth’s most powerful humans. Bendis characterises his cast well, particularly the Sub-Mariner, although as the writing credits aren’t broken down it could be Brian Reed responsible, and it’s very nicely drawn by Jim Cheung.

Anyone wanting an artistic treat unconcerned about much of a story will get full value from Guardians of Knowhere. Those who’d like decent art actually accompanied by a story are directed to New Avengers: Illuminati from where the back-up chapter was sourced.