Walt Disney’s Comics and Stories by Carl Barks No. 19 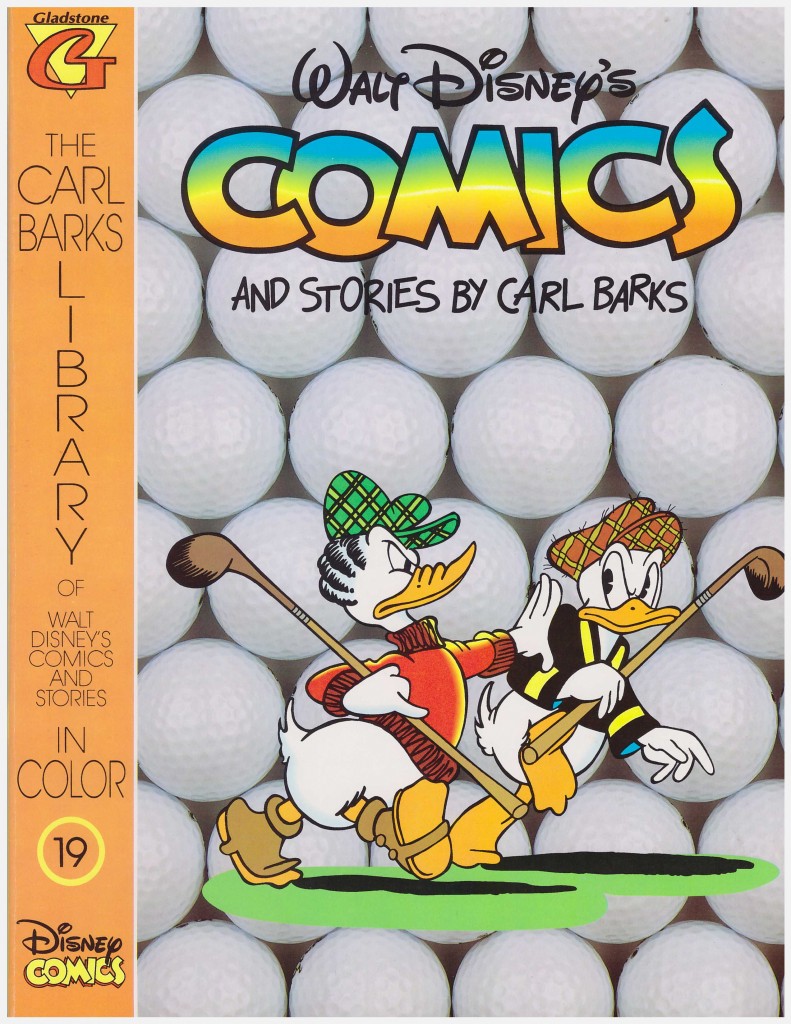 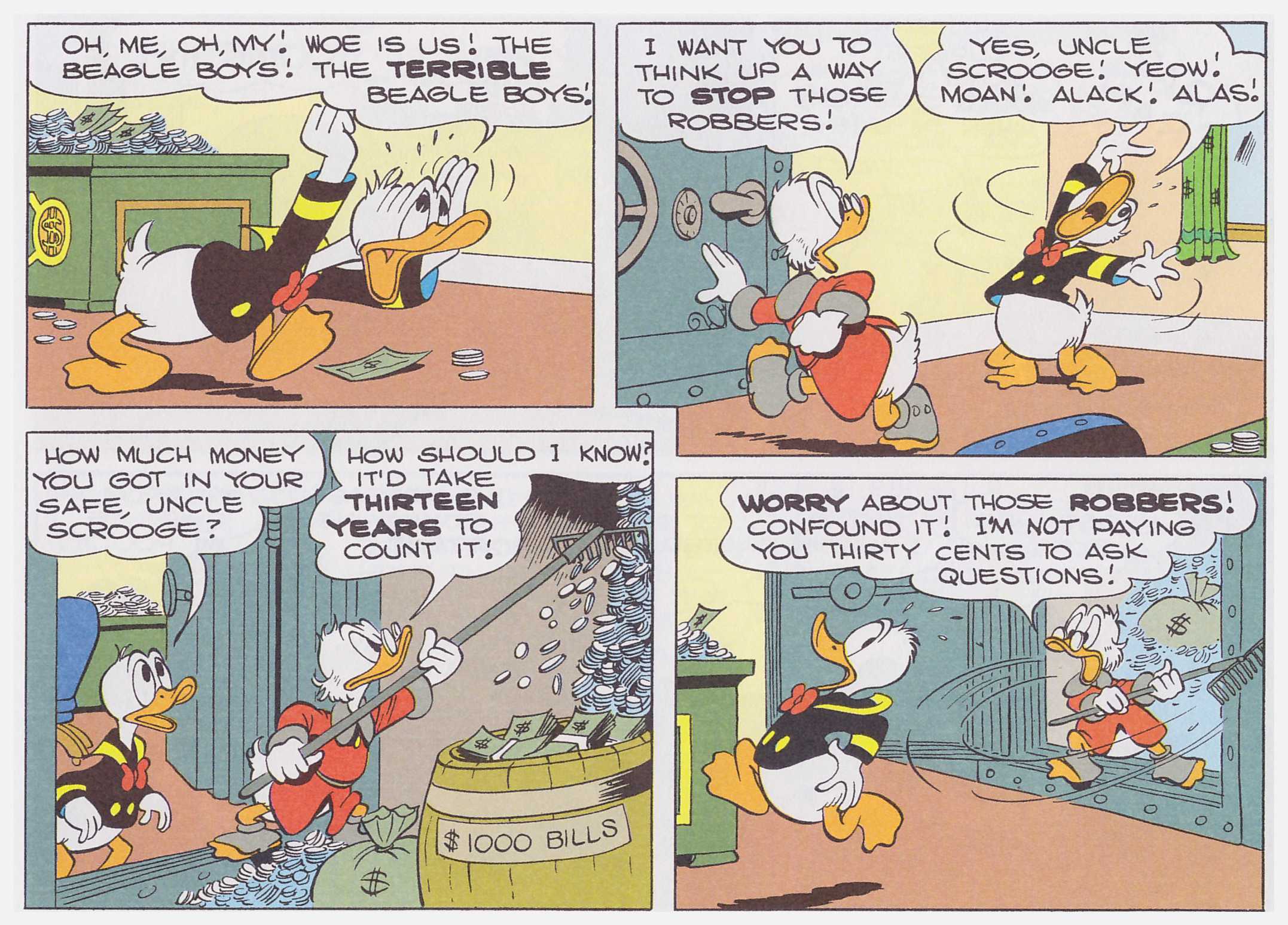 The Gladstone production staff reprised their golf ball motif for the cover, previously seen on volume 13, just as Donald Duck and Gladstone reprise their golfing rivalry inside. The previous tale had relied on Huey, Dewey and Louie fooling Donald into a belief that he was possessed of great golfing talent, but that was before Carl Barks had hit on the idea of Gladstone’s supernatural good luck. Despite witnessing it first hand, Donald is shamed into accepting a challenge. From there Barks evolves a decent mystery, a fistful of good jokes and an excellent pay-off.

In 1951 Barks also produced a second story for the September issue of Walt Disney’s Comics and Stories. It’s an oddity in which the Jaq and Gus-Gus, the mice from Disney’s Cinderella animation are living at Grandma Duck’s farm, and also features the idle Gus Goose and Daisy coming to visit. It’s slight compared to the duck stories Barks usually produced, and the banana skin gag was surely over-used even by 1951.

Elsewhere, though, Barks is firing on all cylinders with some great ideas such as Scrooge paying Donald to pace and worry for him, another escalating tale of school truancy, and Donald’s inept, but well-intentioned efforts to influence the Junior Woodchuck promotion of his nephews.

The final story is another landmark as Barks introduces the Beagle Boys. He does so in novel fashion, building up their terror via Scrooge’s panic about how his money bin will be targeted and the precautions he believes will inevitably be in vain. The Boys themselves only make their appearance right at the end, and required a return in a 1952 Uncle Scrooge story ‘Only a Poor Old Man‘ to cement their threat and recurring status.