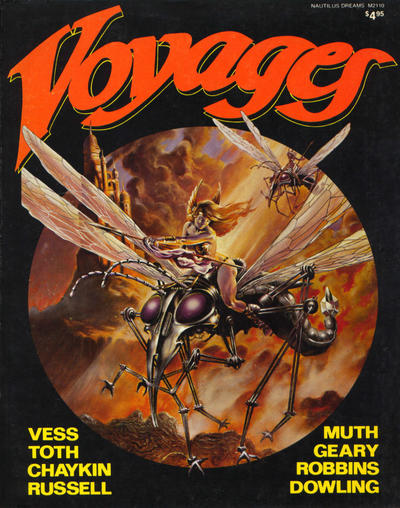 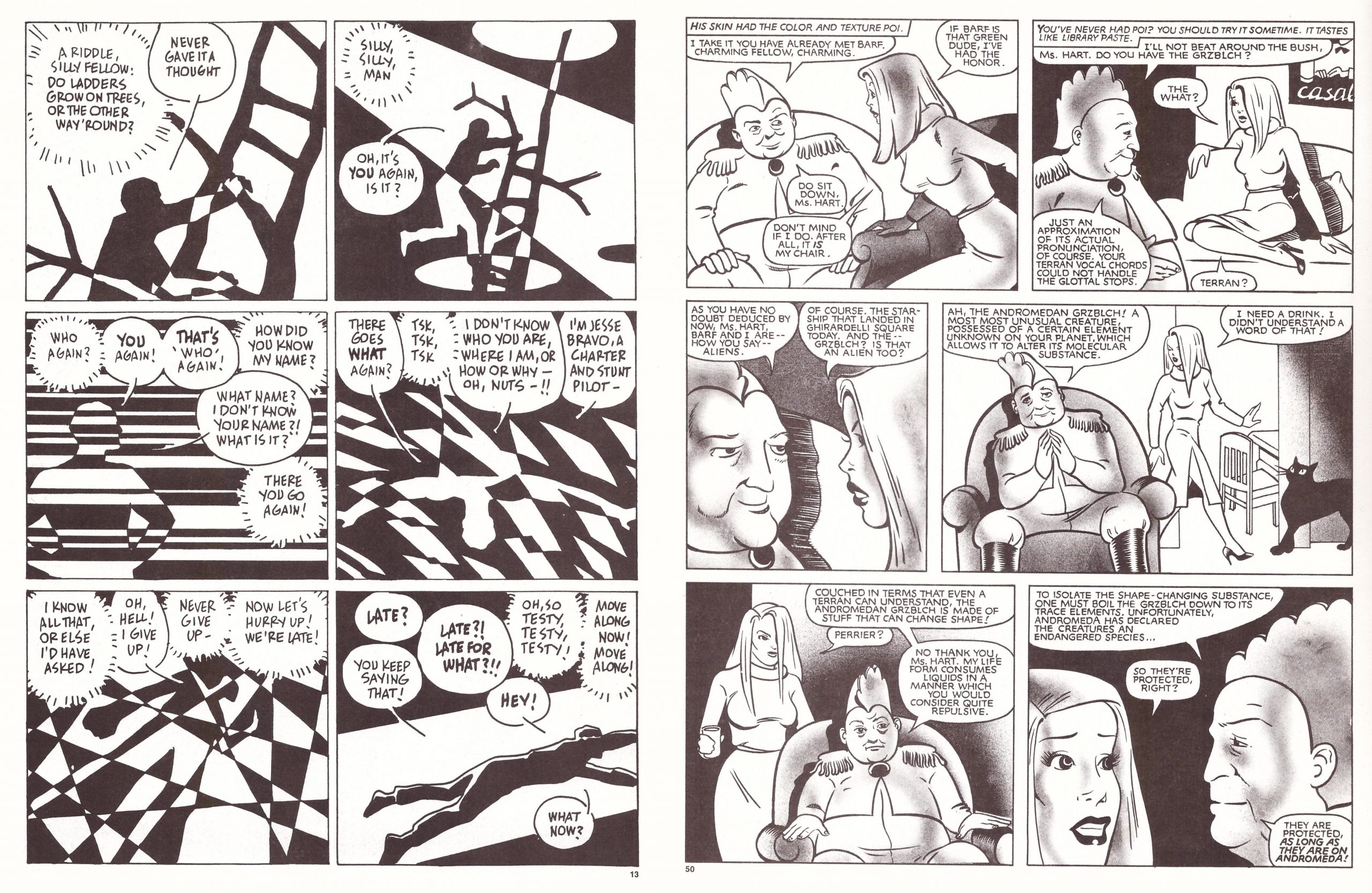 The undeniably stellar list of contributors rather flatters to deceive as far as this squarebound anthology is concerned, with few of them providing more than four pages, and some less. However, editor Howard Feltman deserves an enormous amount of credit for prising twenty pages from the great Alex Toth, until the 21st century Bravo for Adventure collection the only place the stories saw print in English.

Neither of Toth’s pieces are quite the straightforward 1930s adventure action that characterises his other Bravo strip. The first is a hand-lettered text and illustration note form introduction to Jesse Bravo and his world over four pages, and the second the hallucinations he experiences after being hit by the propeller of his bi-plane. It’s probably a testament to Toth not finding the writing of comics as easy as he anticipated, being a whimsical imaginary journey, but the individual panels comprising that journey are a delight. Toth’s mastery of light and shadow comes into play as he swerves from the abstract to the nonsensical, some panels just a sound effect on black ink, or a squiggly line. For all the whimsy, it’s also Toth’s homage to the newspaper strips he loved in the 1930s and 1940s, the references packed in. It’s seventeen pages of a master with the freedom to enjoy himself, and it’s a delight.

Whimsy features heavily in all three other strips extending beyond four pages. Trina Robbins has aliens disturbing the routine of a San Francisco investigator, which is charming, and she blindsides readers expecting they’ve solved her mystery. Toren Smith and Lela Dowling combine for a traveller’s strange encounter, which is more an exercise for Dowling’s stiff illustrations, while Rick Geary never disappoints anyone tuned in to his style. ‘Murder in the Garage’ is a darkly funny piece about a poet whose career never really takes off, written in Geary’s wonderfully precise style and accompanied by equally precise illustrations suggesting events rather than showing them. It’s reprinted in Housebound with Rick Geary.

So what of Howard Chaykin, Jon J. Muth and Charles Vess? Because they’re all excellent artists the illustration is striking, Chaykin’s the only colour piece, but their brief contributions all have the sniff of studio doodling pulled from a pile when Feldman came calling. True, it’s not material you’re going to see anywhere else, but there’s so much better work from them out there. P. Craig Russell bucks that accusation, but his contributions are sketches accompanying an interview and a delicate one page pin-up. Further pin-ups from Dowling and Terry Austin, strangely uncredited on the cover, round up the content.

In 1982 Voyages was an ambitious undertaking attempting to present the best of the medium, but now it’s just a curiosity.