Unity: Revenge of the Armor Hunters 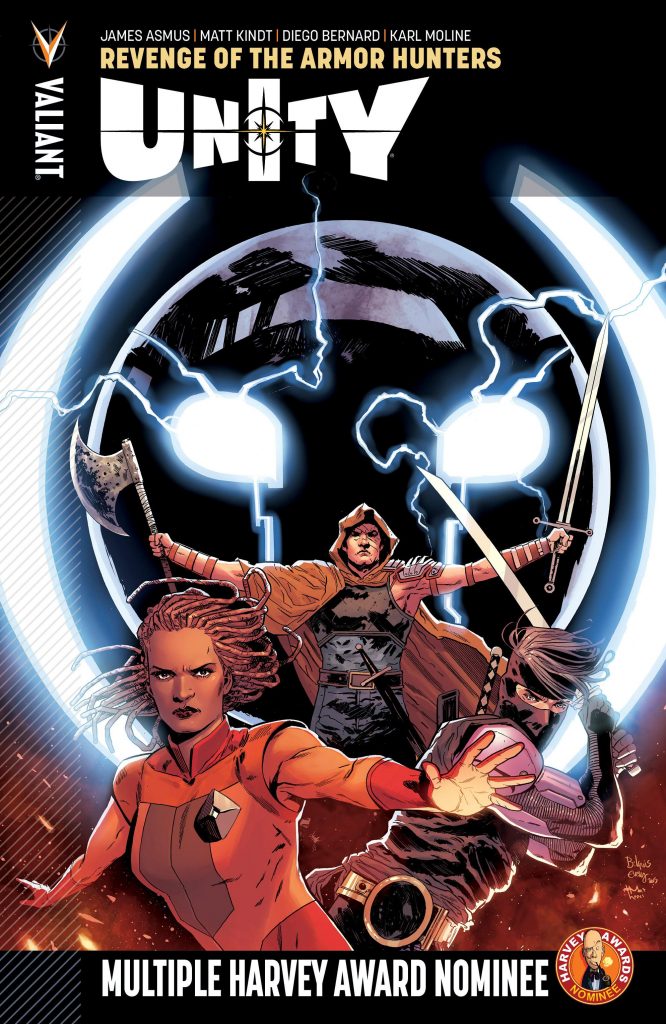 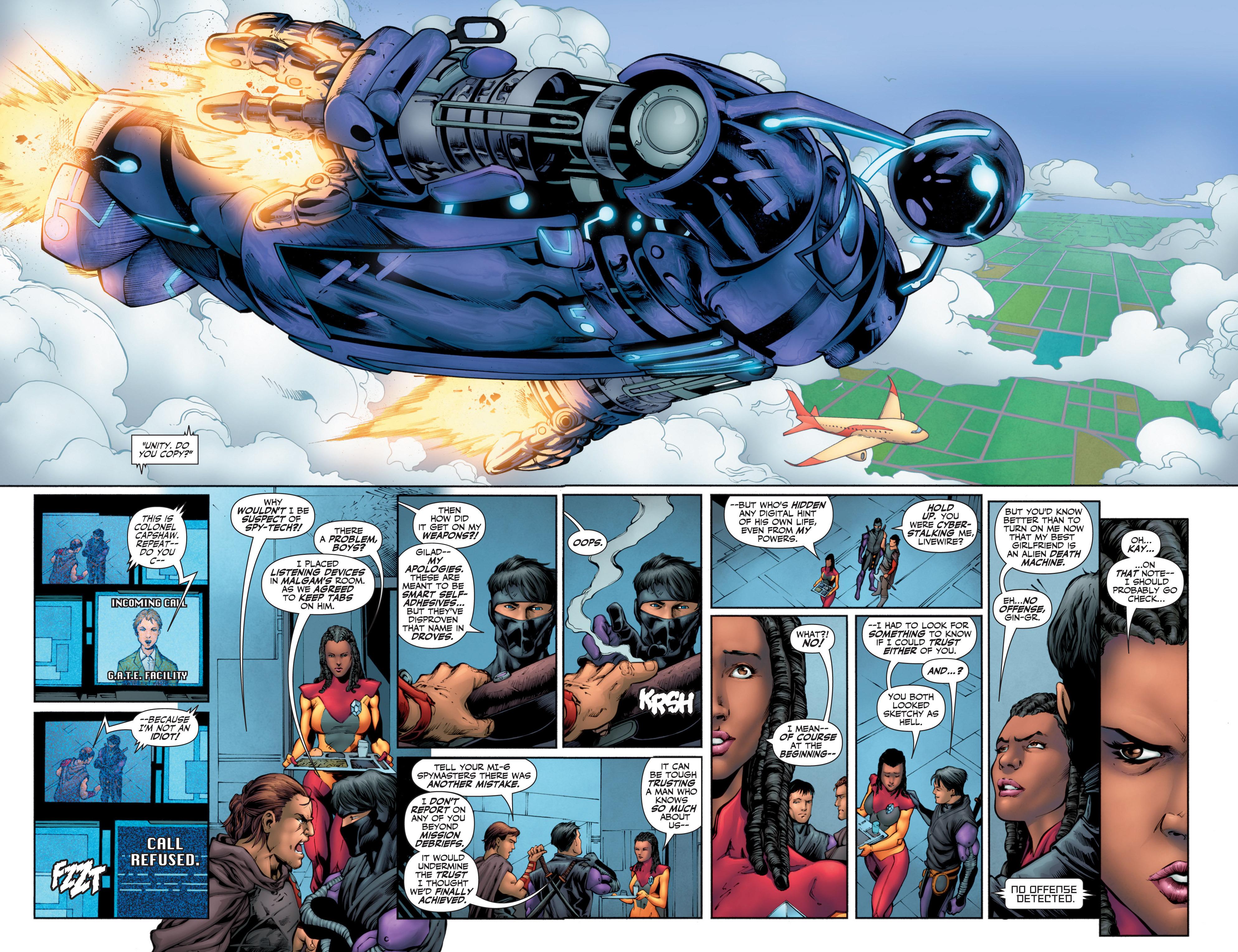 Unity graphic novels have been compromised from the start, either padded by slimly associated material because story arcs from the serialised monthly comics don’t fall neatly into packages, or missing story chunks as they occurred in titles other than Unity. Neither is the case here, but instead it’s very slim pickings with story content being two 24 page chapters of lead feature, but written by James Asmus in preference to Matt Kindt, who’s been responsible for the series to this point. That’s followed by eleven short satirical pieces featuring the Unity cast.

Dealing with the better stuff first, we have the title story. The Armor Hunters back in volume three were the toughest test Unity faced, a tightly knit team whose entire purpose was to locate and destroy armour of the type worn by X-O. Defeating them was more difficult than any test since, and it now seems as if the job wasn’t properly done. Neither is this, really. The art on the opening chapter doesn’t match Diego Bernard’s best elsewhere, but it’s dynamic and engaging, which is more than can be said for Karl Moline’s work on the second, which looks extremely rushed. It tells the story, but without flair or grace. And that story’s not the best either. Asmus presents a viable threat, and a clever solution, but these are the only notable aspects of a race against time that’s otherwise not as thrilling as Kindt’s version of Unity and lacks his twists and observations.

Kindt does contribute here, and it’s the best story in the book. That it’s a touching personal statement reflecting on Unity means that him also illustrating isn’t the drawback it might have been. The remaining comedy is framed by Asmus’ sequence of Quantum from Quantum and Woody claiming reserve membership of Unity and spinning a bunch of stories about the team, hoping to become involved in a movie. Those who love Quantum and Woody’s madcap antics and quickfire gags will enjoy the framing sequence, but the remainder is patchy, and quite a bit depends on knowledge of other Valiant characters for the jokes to work. The best of them are the faked government infomercials starring individual members of Unity, with better art from Moline and funny scripts from Daniel Kibblesmith. Michael Kupperman contributing is a welcome surprise, bringing his own brand of surrealism.

Alternate covers, artwork reproduced in black and white and a full five pages of ads plugging other Valiant graphic novels round off what’s an unsatisfactory experience. Unity’s status since this volume has been as guest stars, most prominently in the first Divinity series, placing them back in Kindt’s care. 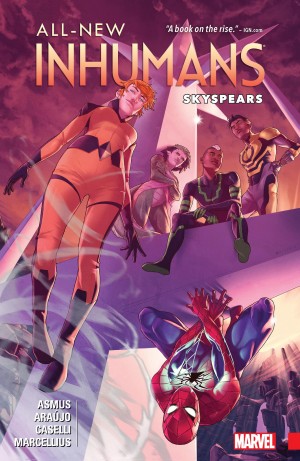