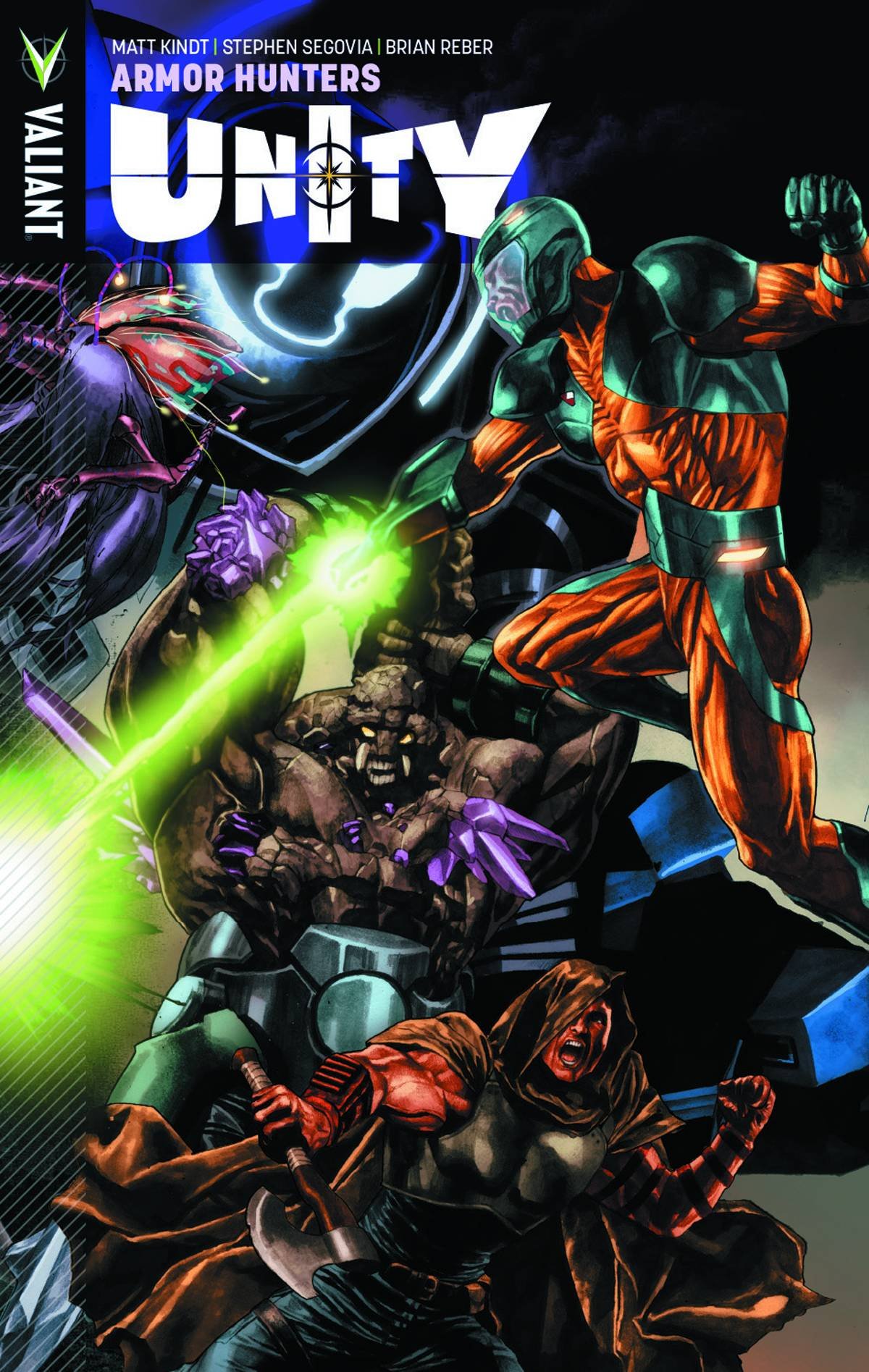 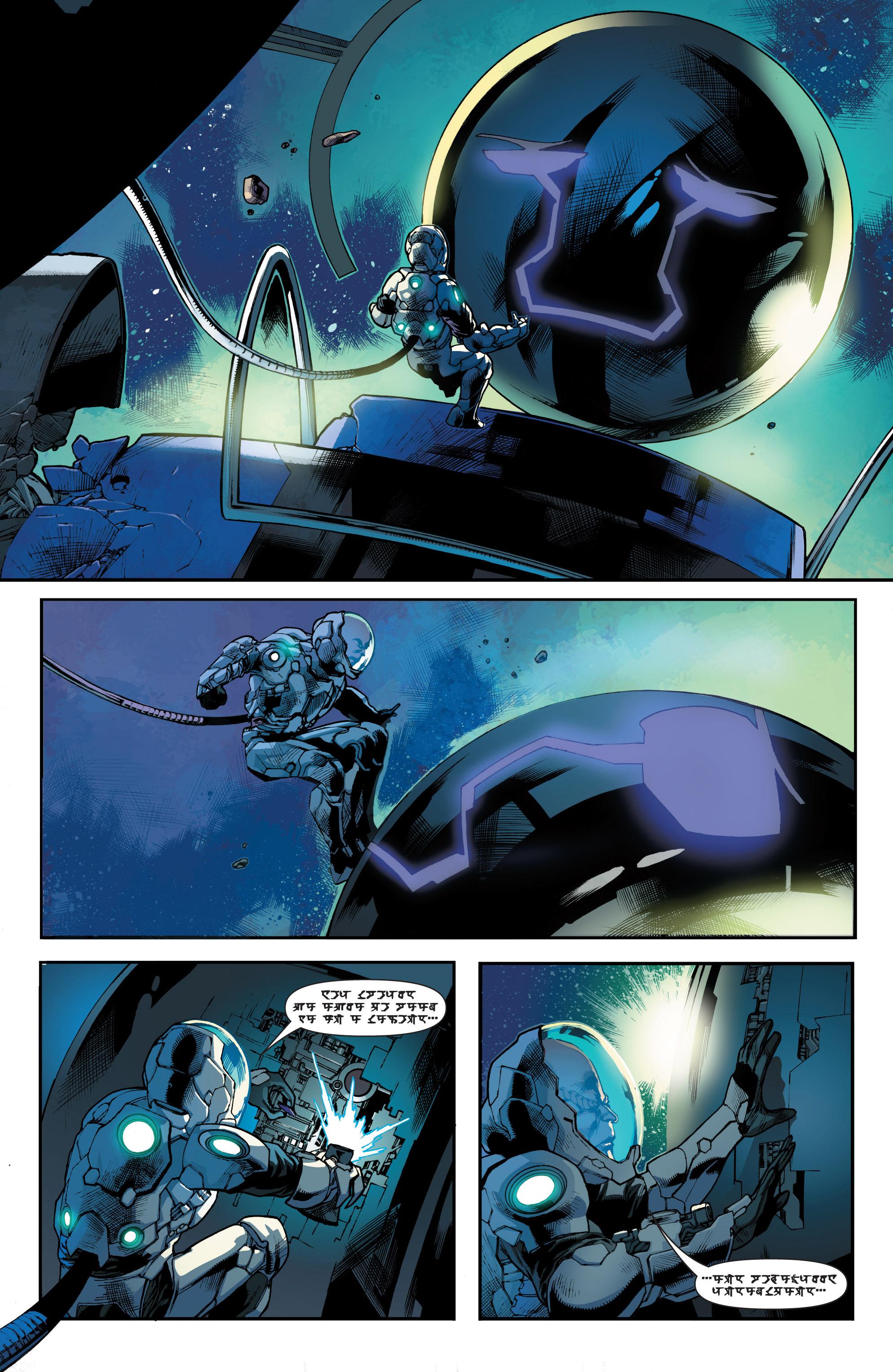 The Armor Hunters crossover spread over several titles, and while the third volume of the ongoing Unity series this stands separately from both the preceding Trapped by Webnet and the following The United.

The Armor Hunters are a small group of exceptionally powerful aliens who’ve arrived on Earth to destroy what they know is a threat of planetary proportions, the alien armour worn by Aric in X-O, although don’t bother explaining this before attacking. Eternal Warrior and Ninjak barely survive an encounter with two of them, which is a bad sign given the Unity members are among the best and most resourceful warriors Earth has to offer.

X-O and the Armor Hunters are the primary focus of the overall plot, but interestingly the largest role alongside them is played by Live Wire, the one character who’s never had a shot at a solo title. Amanda McKee’s ability to interface with and control all forms of machinery via the power of her mind is crucial, and her role within this collection is far more character based. While Eternal Warrior and Ninjak respond on a threat by threat basis, Live Wire first recruits Bloodshot, considers her humanity and then plays the decisive part in the finale.

This isn’t a collection that reads well divorced from the remainder of the Armor Hunters story. The events move very rapidly, and Matt Kindt’s approach is to drop back in and out, moving forward chapter by chapter. Filtered into the entire story as it is within Armor Hunters Deluxe Edition, this method works well as the small details are explained. Within this book the result is the equivalent of watching a video on fast forward and occasionally dropping back in. It’s not very satisfying.

Occasionally Stephen Segovia provides some very nice designs, best seen when he’s dealing with alien technology, but the remainder of his pages pass without trace, lacking the memorable quality of those alien designs. He tells the story, but no more.

As the events of Armor Hunters have little bearing on the series as a whole, there’s a choice of skipping this book entirely. Not doing so is going to require considerable investment in other series for the complete picture. 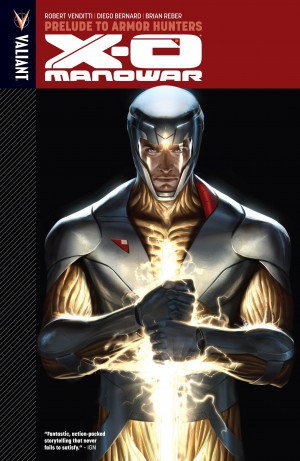 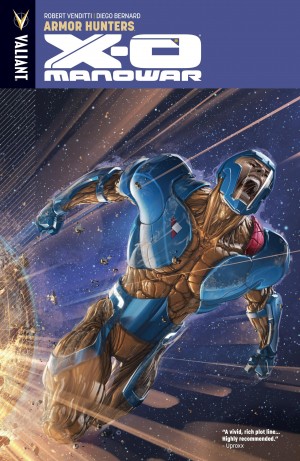 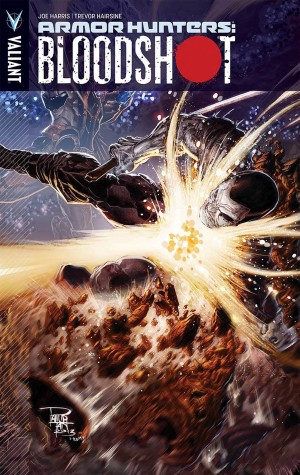 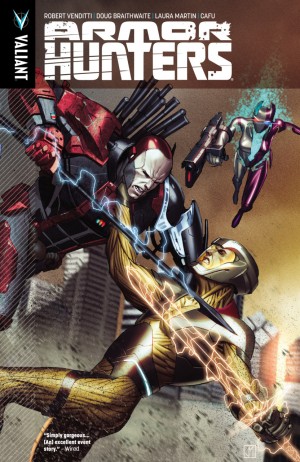