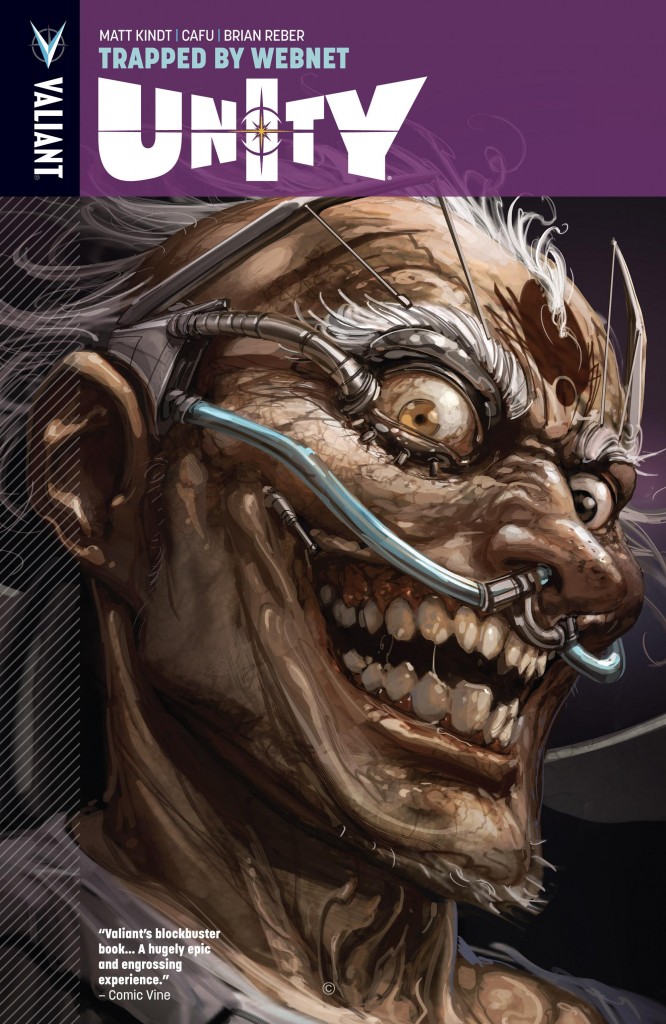 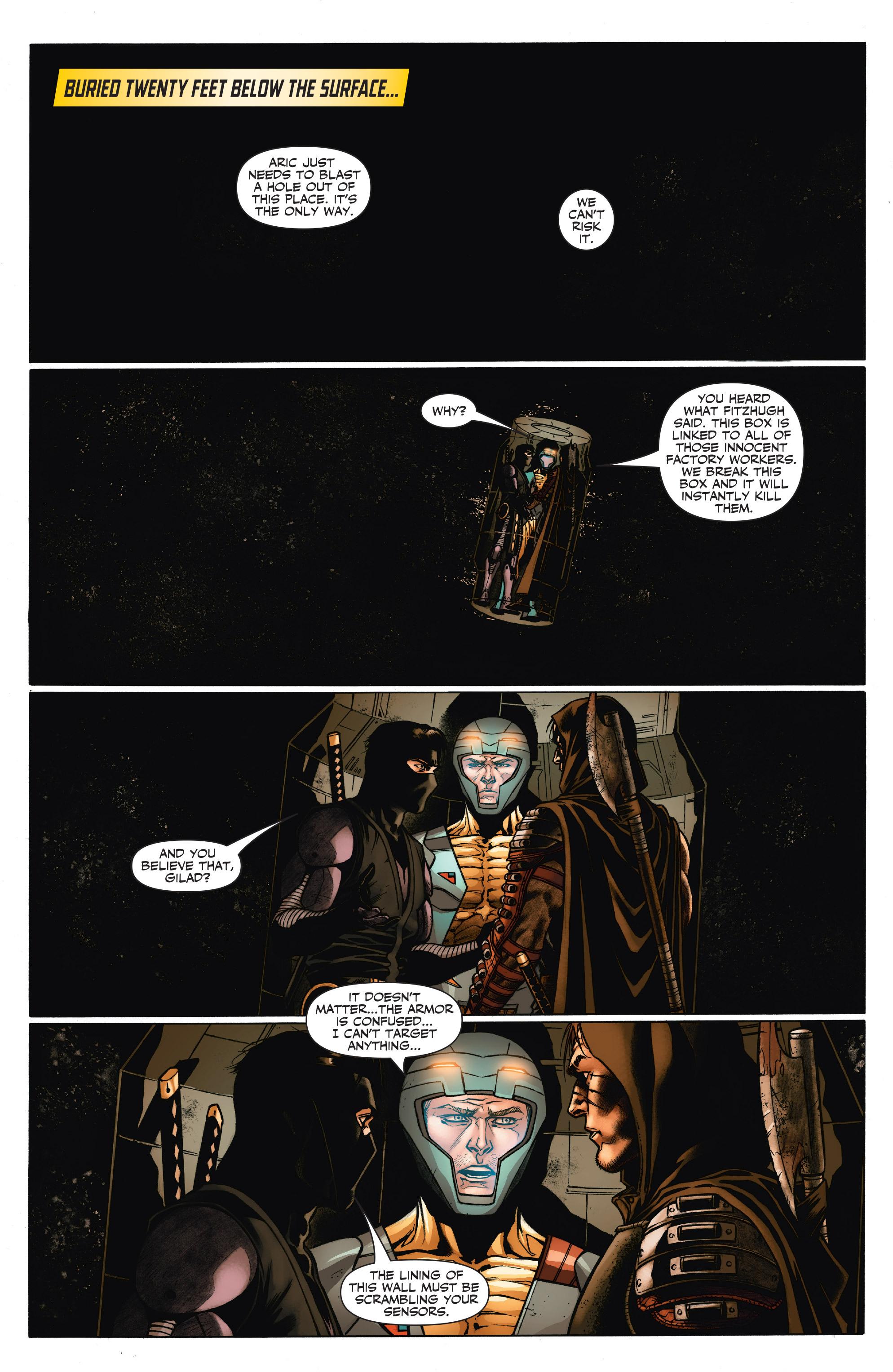 Valiant’s superhero titles are a continuing universe where one title will build on the events of others in a manner far more tied together than the titles maintained by Marvel and DC, yet this is carried out in an audience friendly manner. Central to the opening chapter is technology from alien race the Vine. They were expunged from Earth in X-O Manowar, but there’s no necessity to know this. Nor does it impact on matters if you’re unaware Ninjak has previously crossed paths with Augustus Silkowski, or Dr Silk, a who can transfer his mind into other bodies.

Matt Kindt characterises Silk extremely well, but fatally compromised, creating a deeply unpleasant man with a tragic past, yet unable to appreciate the tragedy he now imposes on others, and one who creates traps that prey on the inherent nobility of the heroes. In terms of raw power X-O alone could put an end to his machinations, but in one instance doing so would mean the death of many enslaved innocents. The story becomes one of a desperate race against an ingenious and terrible threat against which all the super powers in the world may make little difference. It’s also interesting that Mexico City is used as a location given what occurs there in the following Armor Hunters.

Cafu takes this action thriller plot and provides all the required thrills on a vast scale. The special effects budget required to stage the action here would be beyond comprehension, with X-O flying around in his armour the least of it. Cafu really delivers.

The problem with Valiant integrating their characters, often via crossovers, is that doing so with the monthly comics occasionally means they’re left short when it comes to graphic novel content. The issues following the three part title story are part of the ‘Armor Hunters’ crossover, and therefore better suited to the next book, so instead there’s an early issue of X-O in which he encounters Ninjak for the first time. That only occurs on the final page, so however good Robert Venditti and Lee Garbett’s story is, without the continuation it’s only padding, and very much comes across as a cynical marketing exercise directing people to the second X-O collection. Were the book competitively priced to reflect this there might be some mitigation, but it’s not.

If you can accept the title story’s three chapters as the content alone and X-O vs Ninjak as a bonus then you’ll be happy, as ‘Trapped by Webnet’ on its own is worth an extra star. However, for others three chapters, alternative covers, some pages of Cafu’s art and a story already available in two other Valiant collections doesn’t make this value for money. Pick it up cheap, though.