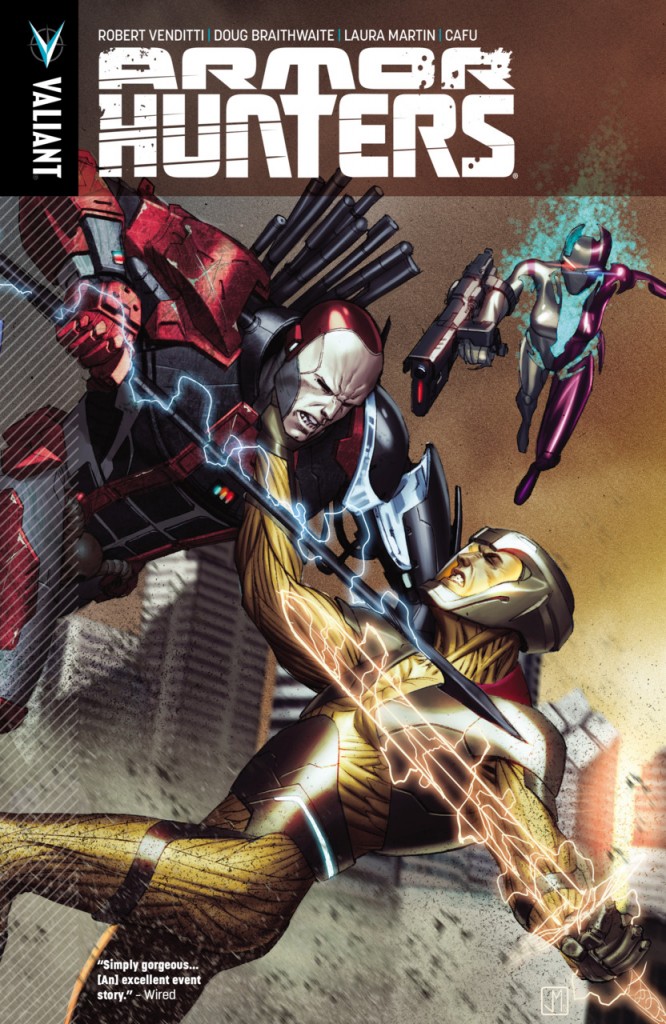 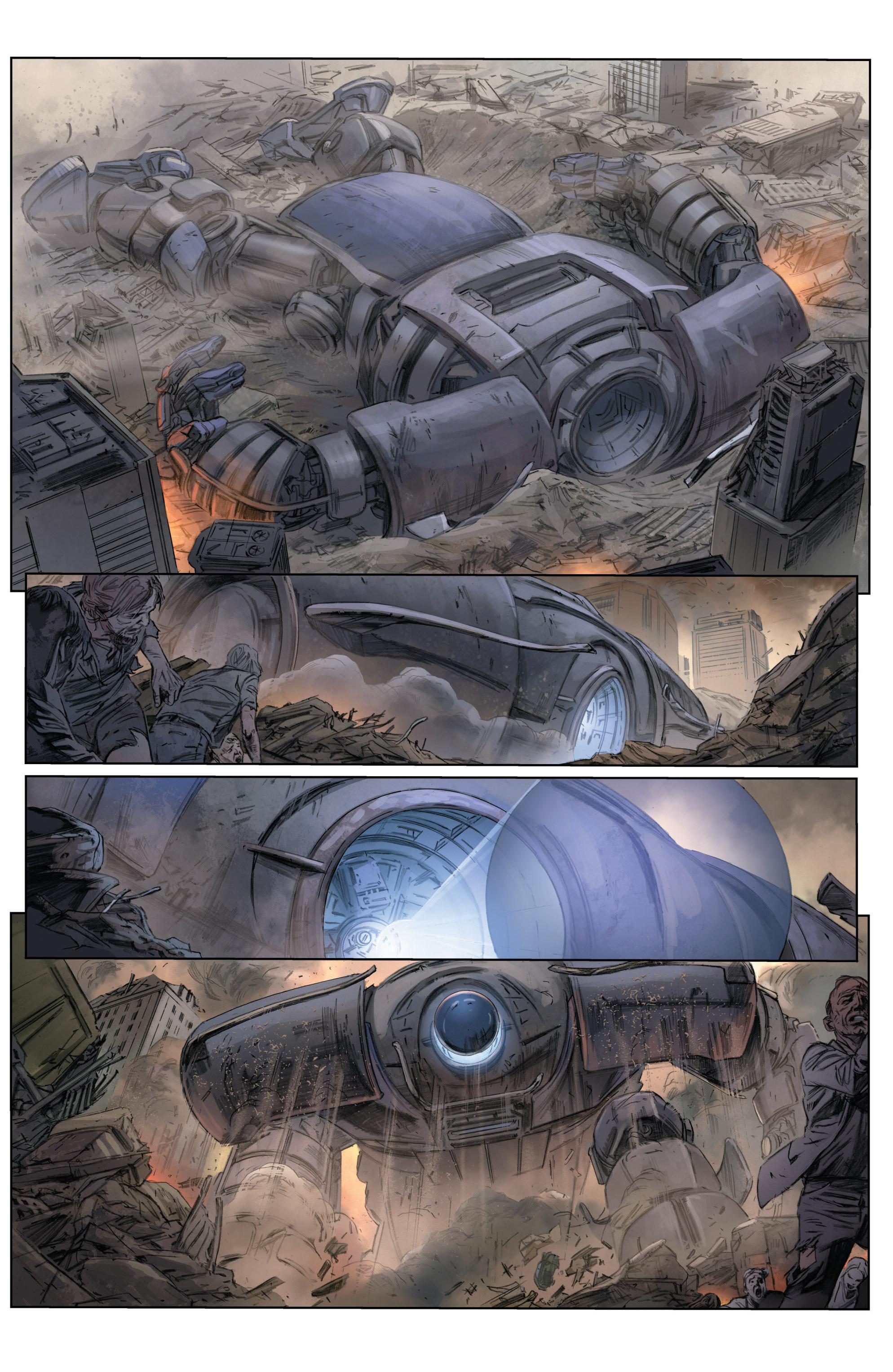 Armor Hunters is at the centre of another major Valiant crossover event, but unlike some other such occasions this presents a relatively self-contained graphic novel. Yes, there are intrusions into other titles, but the material here is a cohesive story with a start, a middle and an end that can be understood without reference to other graphic novels. Thanks very much Robert Venditti.

The Armor Hunters are a group of alien beings from assorted planets in small cadres whose purpose is, as their name suggests, to hunt down and destroy infestations of a particular form of symbiotic alien armour. They’ve seen worlds devastated by a single suit of alien armour, and now there’s one on Earth. The complication is that it’s being used by Aric, star of X-O, a warrior from 400AD who sees the armour as benign and enabling him to protect his people against modern technology. From the Armor Hunters’ point of view the armour is a scourge, and if permitted to survive, will continue from planet to planet.

There are a couple of big problems with Armor Hunters, both inherent to the basic premise of power employed on a vast scale. The first is that the entire plot spins from an attack first policy, with the Armor Hunters providing only demands, not explanations during their initial communication, and the second concerns the devastation of entire cities. These are supposed to be moments of great emotional impact, yet in both movies and comics it’s a story device now used so frequently that any shock value is minimal. Yet how else can Venditti display the technology available to the invaders?

Doug Braithwaite does that superbly along with anything else he’s asked to draw. There’s a pure storyteller’s instinct on display, every page superbly composed and while the plot develops into an unsatisfying combination of disaster movie and action thriller, Braithwaite’s depiction is peerless.

It’s not only the relatively new Armor Hunter characters providing the focus, but X-O, and Live Wire from the Unity team. To a lesser extent Bloodshot, Eternal Warrior and Ninjak are also involved, but much of their story plays out in associated publications.

A coda deals with the Unity team, now seen in action, and the problems of how a previously covert group are to be sold to a mistrustful public. Artist Cafu isn’t as skilled as Braithwaite. His figures often have little sense of natural movement about them, but he tells a story well, and Joshua Dysart swivels the spotlight around all surviving major players. It’s a well-considered conclusion to an event that’s big, dumb, widescreen fun, but the plot lapses irk. For those wanting to immerse themselves in the bigger story, there’s the oversize hardcover Armor Hunters: Deluxe Edition. This also incorporates the subsidiary material fleshing out the background to the Armor Hunters themselves, and detailing what happens when the other named heroes take them on.