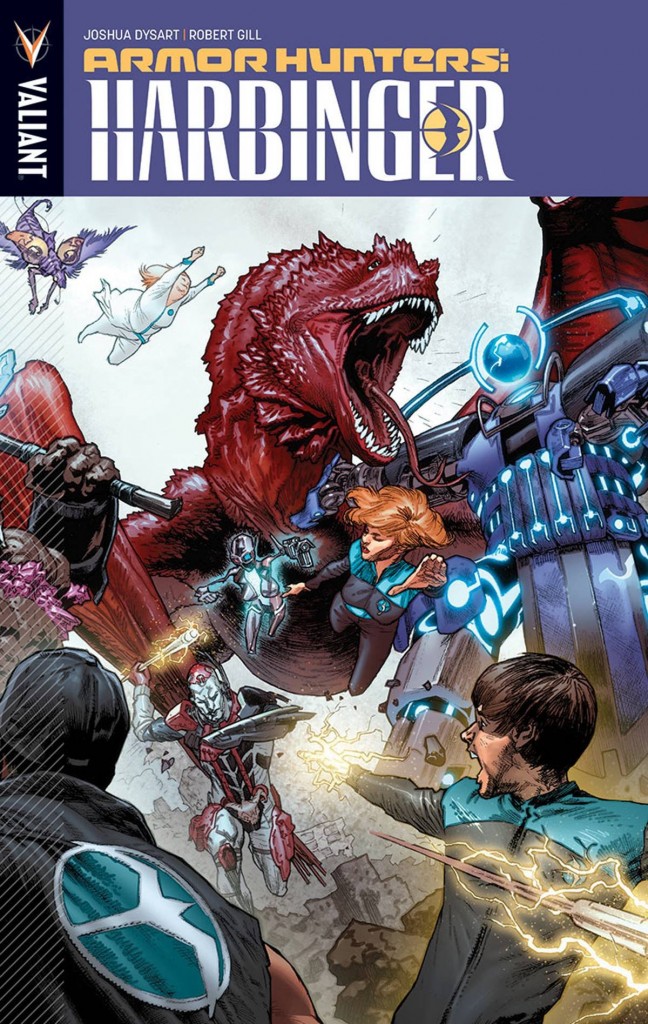 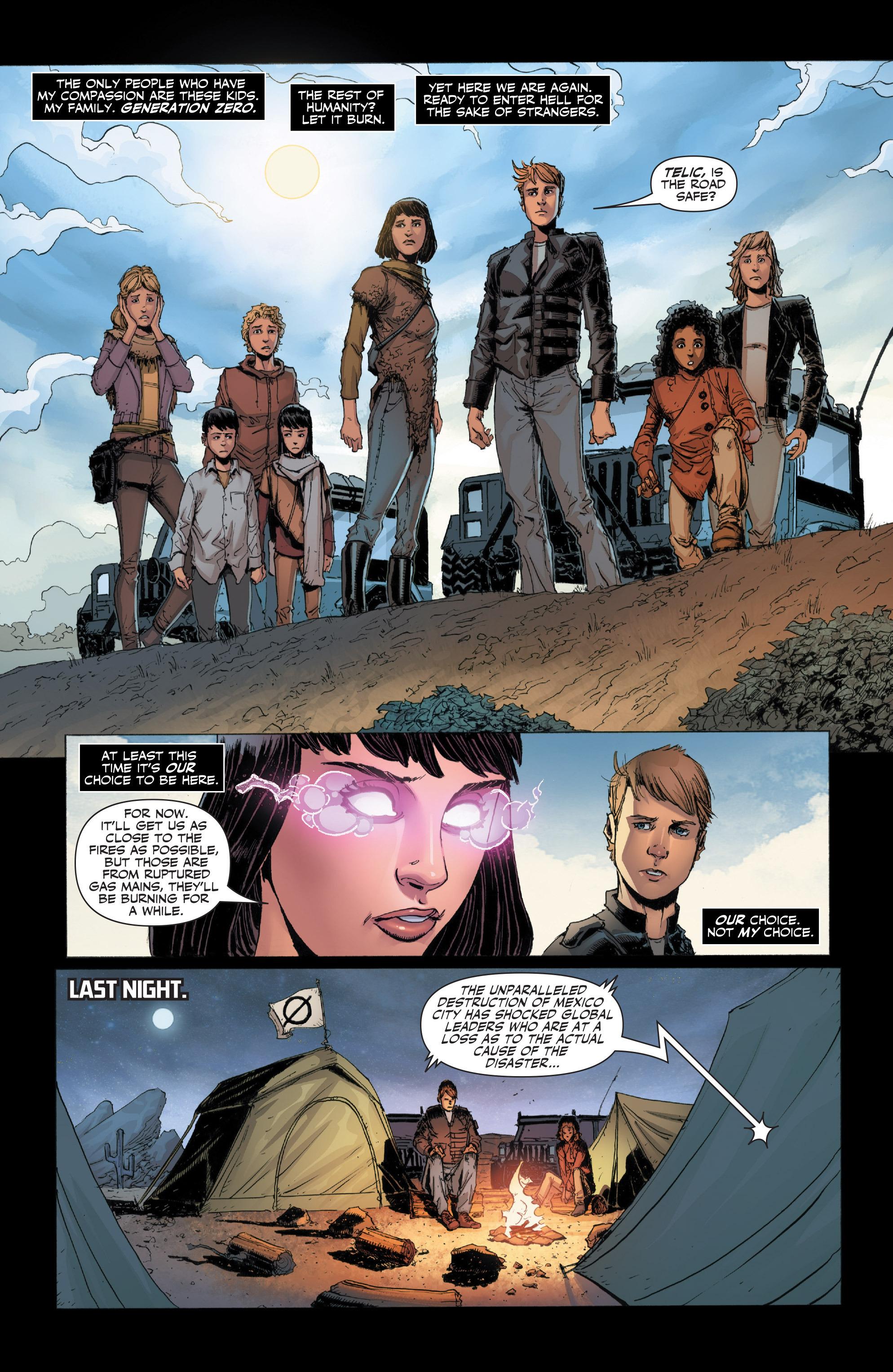 At the end of Harbinger Wars a posse of teenagers with super powers decided they wanted no more to do with the program that was training them, and departed en masse for parts unknown. This makes it somewhat of a coincidence that they turn up just outside Mexico City immediately after the city has been destroyed. This is the work of the Armor Hunters of the title, immensely powerful aliens who’ve arrived on Earth to destroy the armour worn by Aric in X-O. They have their reasons, but don’t bother explaining them.

That’s not relevant to the story being told here, which is set exclusively in Mexico as what are known as the Generation Zero kids help out with aid efforts. Joshua Dysart has his work cut out for him as an extremely large cast results in considerable overcrowding, and that’s before the oversized insects the aliens unleash. Other artists involved with Armor Hunters crossover stories have to illustrate monster size dogs also set loose by the aliens, and Robert Gill has to draw something similar here. While not exactly the same creature, he supplies the best version by not being afraid to depict from distance, intimidating with sheer scale, and he takes the same approach with the vast insect swarm.

While this is self-contained, moreso than any other element of Armor Hunters, the participation of the Generation Zero group comes across as contrived, and it wouldn’t have taken much to remove all references to the bigger picture and have this stand independently.

Anyone who doesn’t know the kids involved has them introduced well enough by Dysart during the course of the title story, but for back up we also see their introduction during Harbinger Wars. With Duane Swierczynski credited as co-writer, it’s all a bit of a tease considering the remaining three episodes are absent, but there are still enough twists and horror to make this more compelling than the main feature. Clayton Crain, Clayton Henry, and especially Mico Suayan impress with different styles of art.