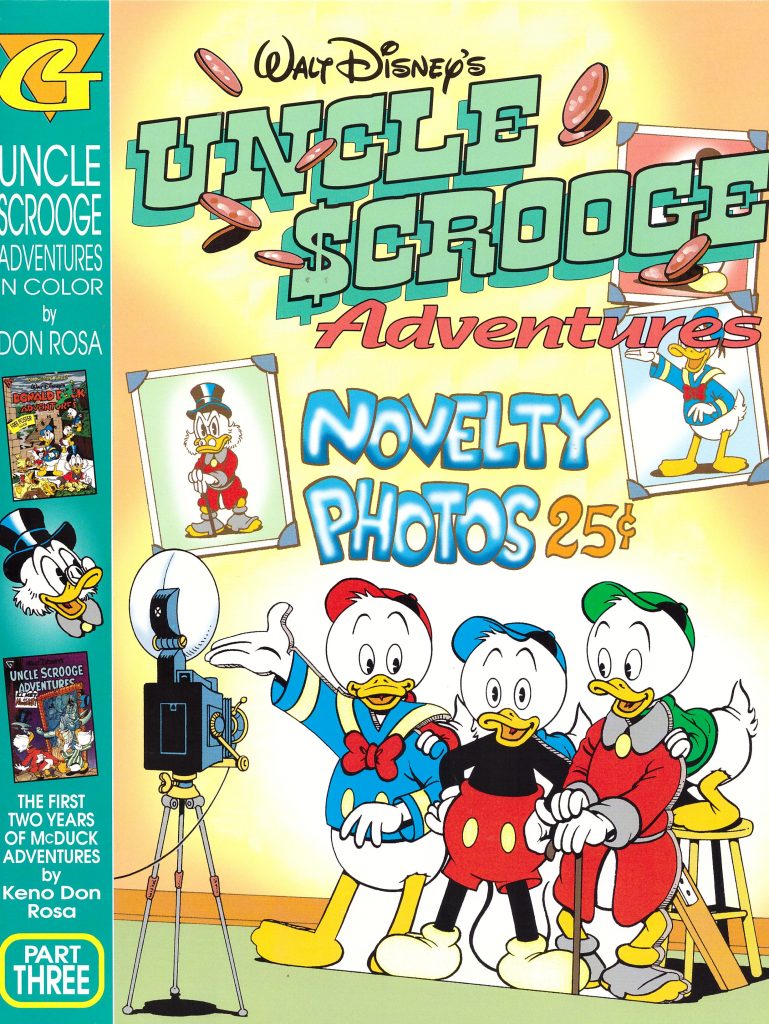 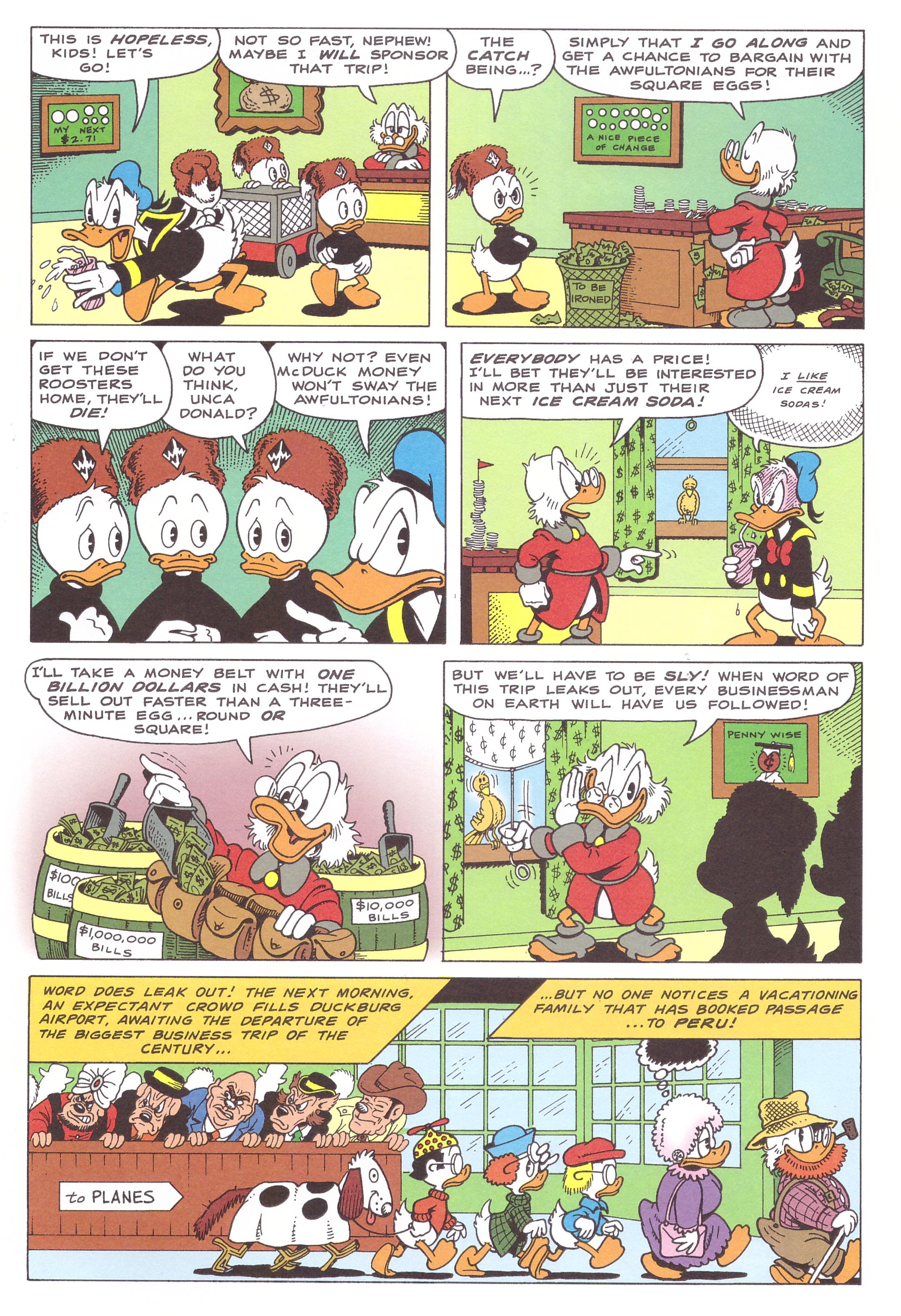 In the previous book Don Rosa returned Scrooge to the Alaskan gold rush town where Carl Barks established he made his fortune, but beyond the location it was an original story, owing as much to Citizen Kane as Barks. ‘Return to Plain Awful’ is Rosa’s first direct sequel to a Barks masterpiece. ‘Lost in the Andes’, a story Barks cited as one of his favourites, saw Donald, Huey, Dewey and Louie stumble into the remote town of Plain Awful, hidden for years in the mists of the Andes. They met a friendly population and discovered square chickens that lay square eggs. The inhabitants base their entire society on cubes and square shapes, and are horrified by anything round.

Scrooge wasn’t present during that first visit, but returns with his nephews convinced he can persuade the Awfultonians to sell him the rights to their easily packaged square eggs. In principled opposition, Donald maintains faith that the Awfultonians have higher ideals and won’t be swayed by thoughts of money. Having set up a suspenseful ethical conflict, Rosa introduces Scrooge’s rival Flintheart Glomgold, and the novelty of Donald and his nephews working with an alternative crochety miser. Rosa obviously loves the original story, and is very faithful to it, building his admirable new gags around what Barks established, such as the Awfultonians being easily influenced, and a fantastic joke when Scrooge completely misjudges a situation. The square eggs central to Barks’ story hang in the background rather than being the focal point, and Rosa even manages to achieve a homage to another Barks tale while on topic.

The original Barks story was an adventurous piece of whimsy, and Rosa remains true to that while constructing his own silliness. This was produced two years into his career, and from a substantial starting point, Rosa’s art has improved considerably, with his always strong storytelling apparent and the pacing of the gags and set pieces now established.

That’s also a consideration for the shorter second story ‘Fortune on the Rocks’, which is far more reliant on visual gags. Scrooge has acquired a mountain in Arizona and is determined that he somehow make a profit from it, despite the lack of any obvious mineral seam. A succession of well worked jokes follow, the growing sophistication of Rosa’s storytelling apparent as he even uses some jokes to set the stage for later ones. There’s a great variety of expressions on the characters as they experience a succession of setbacks, and a very satisfying out of the blue conclusion.

As this paperback collection is long out of print, the stories are better located in the first two Fantagraphics hardcover reprints of Uncle Scrooge and Donald Duck by Don Rosa, Son of the Sun and Return to Plain Awful. They also collate his Donald Duck stories.