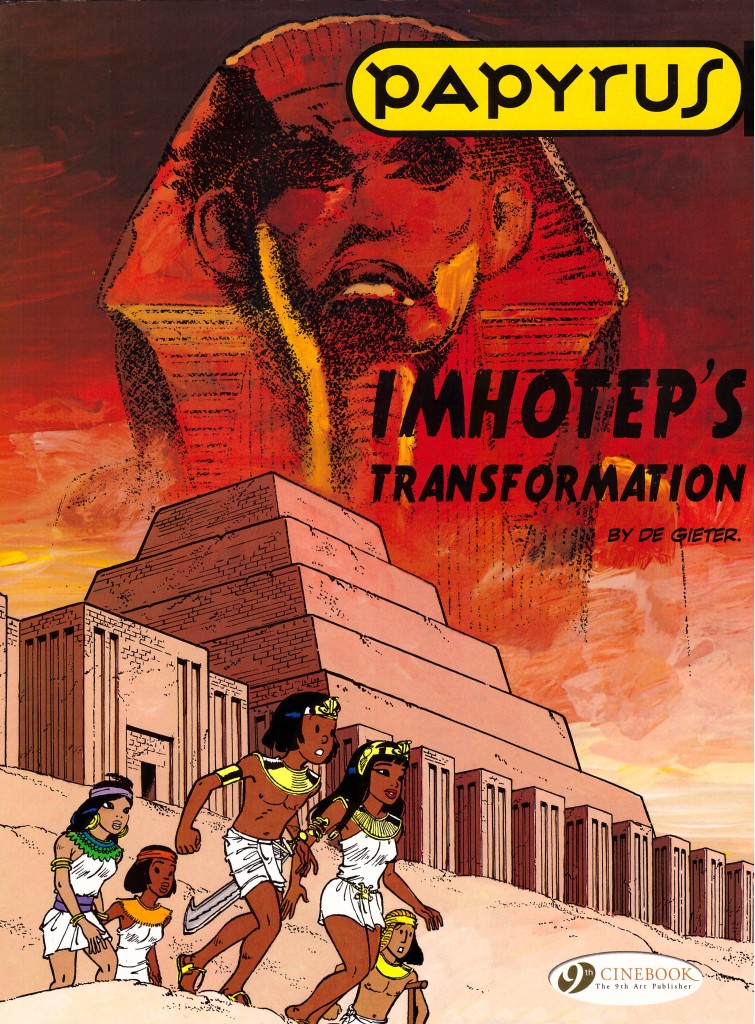 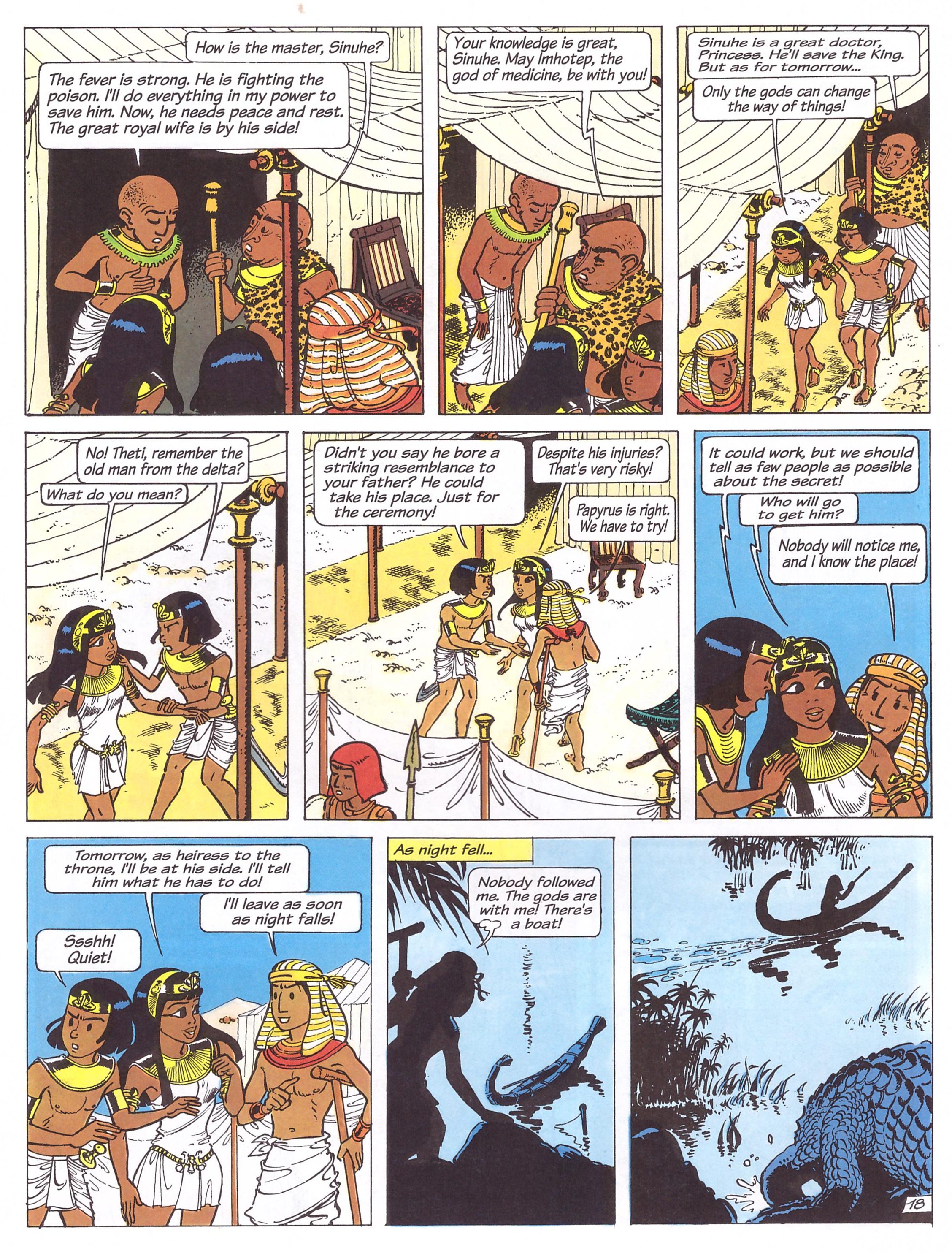 There can surely be no less painless way for children to learn about the history and customs of ancient Egypt than via the Papyrus graphic novels of Lucien De Gieter. About the only fun fact not passed on is that Papyrus himself is named after the parchment on which the Egyptians wrote.

De Gieter began his series his series in 1978, and by this eighth album he was well into the swing of things. There’s no pretence of this being anything other than a graphic novel for children. His signifiers to later plot elements are almost signposted for adults, yet young readers will have fun joining the dots as a crocodile who promises to be helpful and an old man who resembles the Pharaoh turn up in the opening few pages. The art has an equal clarity about it, with even the villains of the piece not too menacing, while Papyrus and his friend Imhotep are smiling and active, or at least as active as possible for Imhotep who only has the one leg and needs a crutch to get around.

De Gieter has fine instincts when it comes to conveying the sense of scale required for the Egyptian statues. An early sequence sees the arrival of a gift from Memphis, a statue so large that it requires two hundred slaves to move it. De Gieter draws them all over a double page spread, varying their stance and posture. A later set piece is the ascension of the deceased to the embrace of Ra to be reborn, and De Gieter again puts the effort into distinguishing individual cranes among a dark mass.

The plot concerns an attempt to dethrone the Pharaoh and seize power, but the resourceful Papyrus and Imhotep work hard to ensure the solutions to any given problem are available. De Gieter takes inspiration from Tintin. Although the historical setting is completely different, and Papyrus much younger, he’s in the same plucky, right-minded and resourceful mould. The villains of the piece also echo Tintin with their scowling faces and bad-tempered dialogue “This puny being is not worthy of leading the people of Egypt… He is incapable”. However, this isn’t copying, as De Gieter’s plots and environments are all his own, and the adventures of Papyrus don’t have that layered appeal. There are no easter eggs for adults, but give it to a primary school child and they ought to be thrilled and entertained, and they’ll learn something as well. 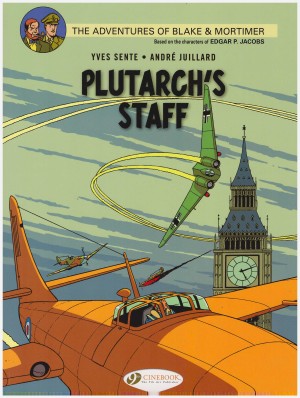