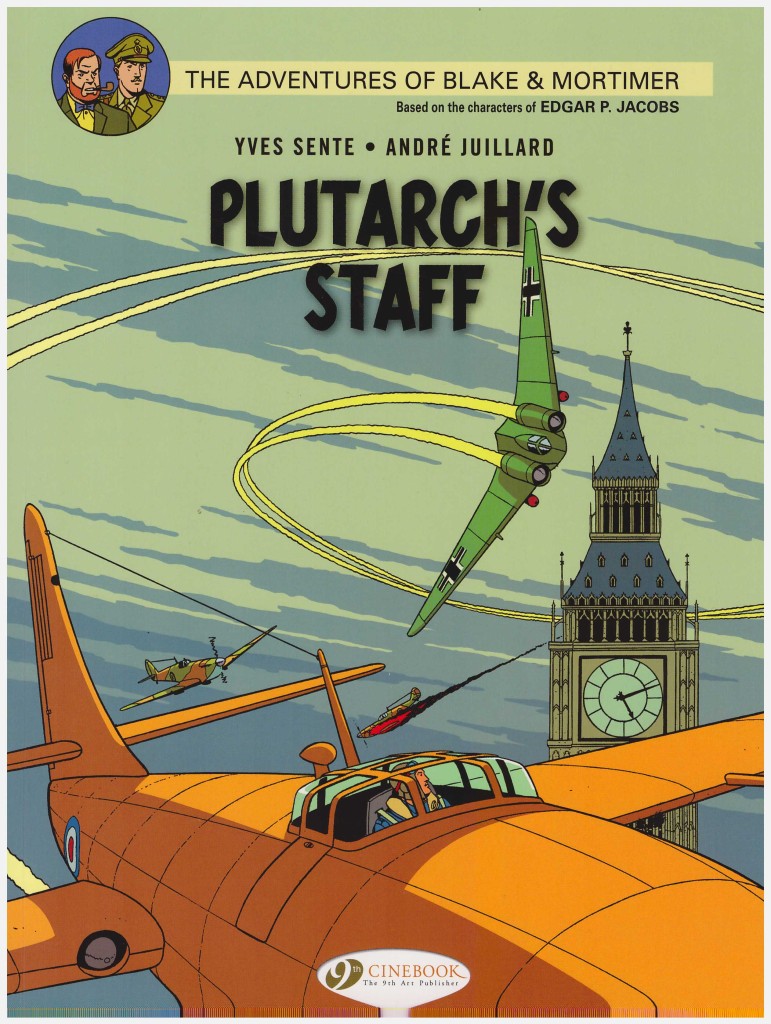 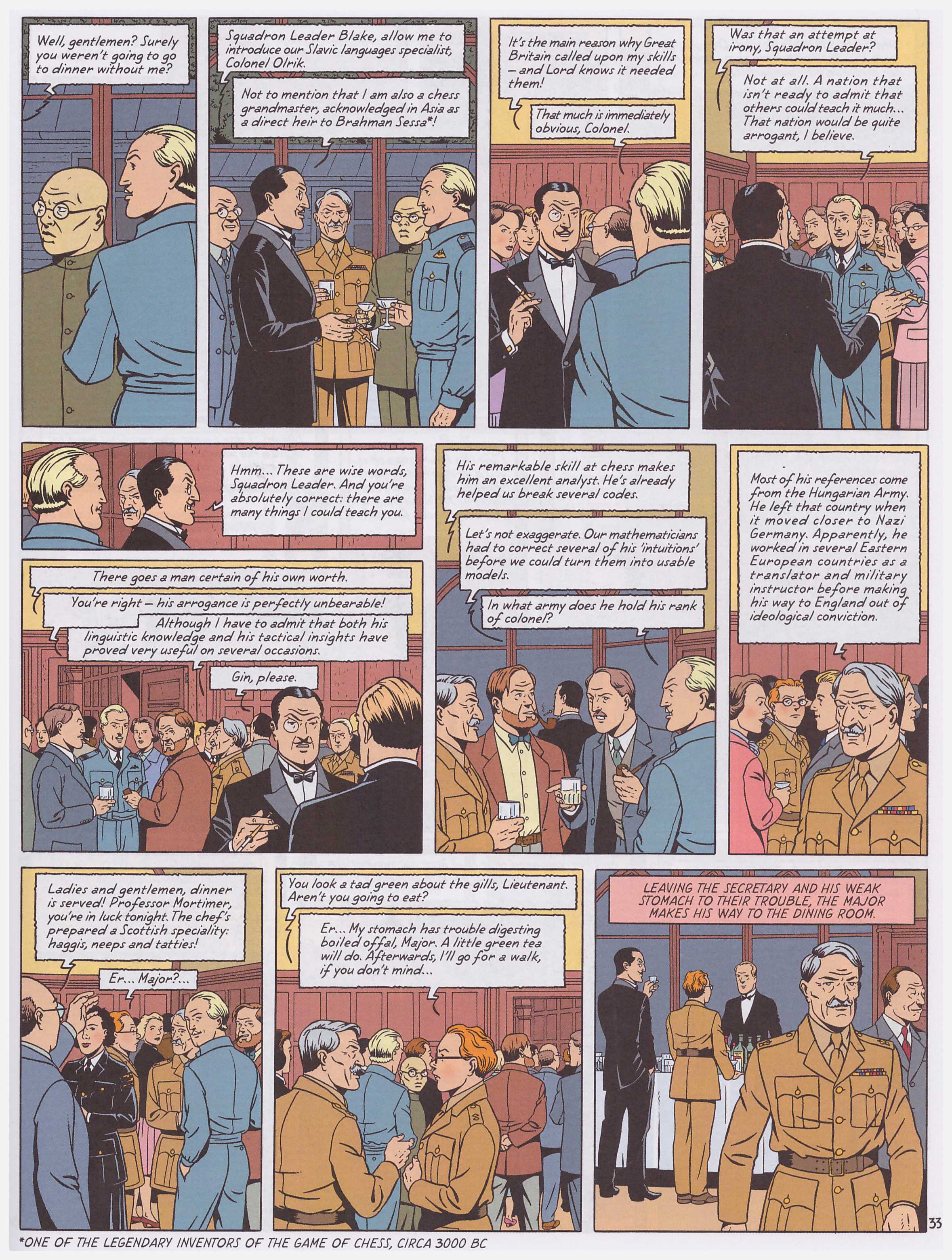 When created by Edgar P. Jacobs, Francis Blake and Philip Mortimer were already approaching middle age, with long and illustrious careers behind them, their staunch friendship taken for granted. Since he’s been writing the Blake and Mortimer graphic novels Yves Sente has delved back into the past, recounting their first meeting and noting assorted other moments from their early shared history. With Plutarch’s Staff this exercise progresses from extended flashback to entire story, with the book set in 1944 as World War II in Europe approaches its final stages.

In what are the present day adventures (a deliberately vague period extending for a decade from the mid-1950s) Blake is head of the British secret services, yet as seen in The Oath of the Five Lords, he resigned his MI5 commission. In this wartime adventure Sente clears up that apparent contradiction, renews Blake’s acquaintance with Mortimer after their initial meeting recounted in The Gondwana Shrine, and toys with readers by introducing Slavic languages specialist Olrik. We all know Olrik for a mercenary rogue without conscience, but on meeting him for the first time Blake and Mortimer have no reason to suspect he’s anything but an upright patriot, albeit an arrogant and unlikeable chap.

Codes and codebreaking play a large part, and the title will have an immediate meaning to those with knowledge of such matters. For everyone else it will be a fascinating revelation. It’s an example of the in depth research Sente applies to this material, tying in real world events apparently unconnected other than by occurring around the same time.

Sente’s plot is complex and constructed to act as an immediate prelude to the earliest Blake and Mortimer book The Secret of the Swordfish. It’s clever and meticulous, but requires considerable background information for purposes of both historical accuracy and to set matters up. After a spectacular opening aerial dogfight artist André Juillard disciplines himself to illustrate page after page of people standing around talking in various locations. It’s elegantly drawn, and Sente incorporates a drawing room mystery pastiche, but unlike other Sente and Juillard collaborations the workings are very apparent.

In some ways Plutarch’s Staff is closer in spirit to the adventures plotted by Jacobs, but the cost is incorporating several of their failings, verbosity for one. The creators are so good, that despite not matching their best work on the series the story remains readable, but in places it’s a dry graphic novel.