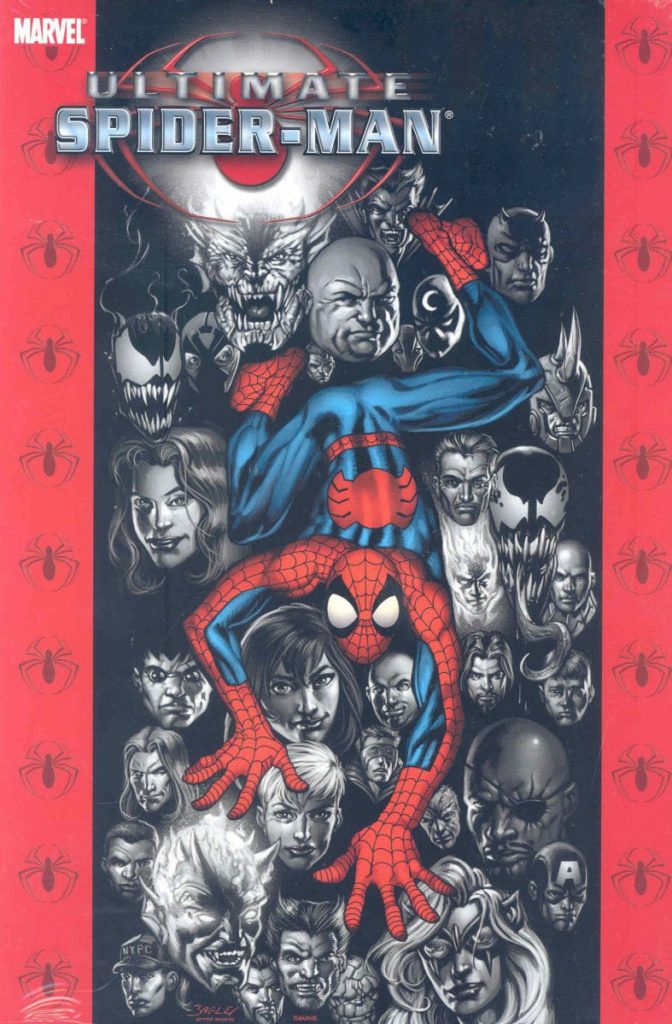 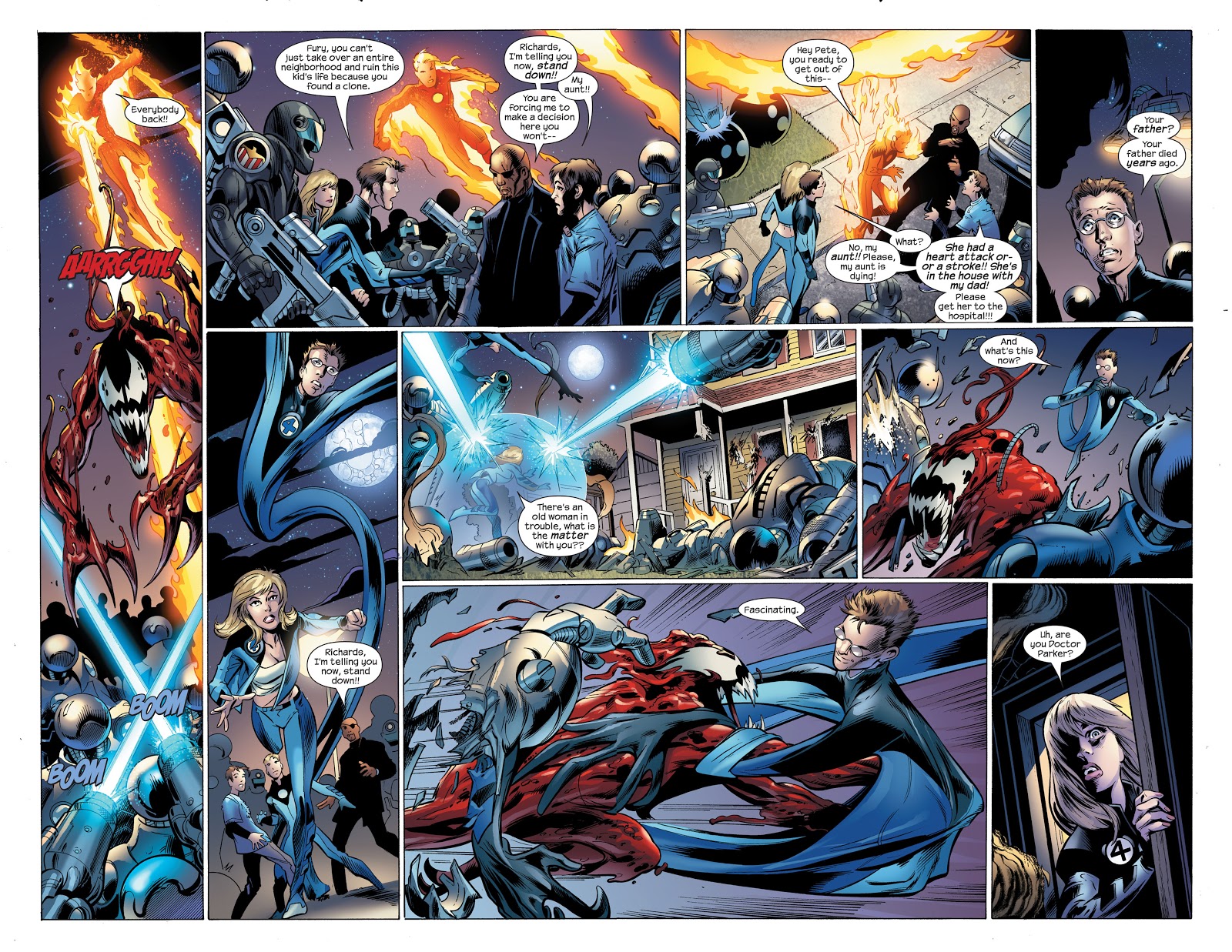 If you’re just going to invest in only the single Ultimate Spider-Man hardcover, this features the best story of the entire run, a twisting, puzzling, desperate thriller by Brian Michael Bendis and Mark Bagley. As well as all that, it took the idea of Spider-Man having a clone, an idea that had been stretched into unending mediocrity just ten years earlier in the main Spider-Man titles, and resuscitated the concept.

It all starts so remarkably mundanely with Peter Parker and Mary Jane Watson having an ordinary conversation at the mall, which is then attacked by a new villain for this series, the Scorpion. It’s an okay story energetically drawn by Bagley, without anything to suggest over much of the chapter how remarkable it’s going to become. It ends with two stunning revelations, and each of the following eight chapters has a moment where we’re shocked. Perhaps redefining the way a villain’s powers work is a little too convenient at this late stage in the run, but it makes for some great action scenes as Spider-Man’s idealistic sense of what’s right butts up against real world priorities. The clone surprises are good, but not every jaw-dropper is directly related to that, although pretty well everything impacts directly on Spider-Man.

Bagley’s on top form all the way through, but not always best served by inker John Dell, responsible for some wonky faces and strange expressions, especially on that opening chapter. Drew Hennessy is the inker of choice, and efficiently handles more pages than anyone else. Barring a guest slot in Vol. 11, this volume contains Bagley’s final art on the series, his pages model storytelling all the way through, and there’s a glimpse of the future with Stuart Immonen drawing a short interlude in the final chapter.

So many strands are weaved through the clone story that it seems unlikely that Bendis can resolve everything as the ending approaches, but that’s underestimating his skill. He keeps the tension unviably high, maintains an ethical complexity and there’s a feeling that not all the cast will survive. No matter how many Spider-Man stories you’ve read, this is still a thriller, available in paperback as Vol 17: Clone Saga.

The remaining content is found in Ultimate Knights, completing an on and off plot Bendis has had running for a while concerning the Kingpin. Spider-Man isn’t the only hero wanting rid of him, and he’s met Daredevil, Iron Fist, Moon Knight and Shang-Chi before. They’ve concluded that due to his influence the only way to to rid the city of him is to kill him, immediately called out as wrong by Spider-Man. Despite the presence of superheroes, this is more a crime story, and Bendis is on safe ground with those. He creates tension early by revealing something to readers that the heroes don’t know, Bendis manipulating the readers in the way the Kingpin manipulates the heroes.

A great volume closes with a fine conversation, clearing the air between Peter and Aunt May. What could so easily slip into melodrama is deftly handled, with sympathy and understanding the prevailing moods rather than the simpler, but not as pleasing, route of shock and horror. Vol. 10 continues the entertaining thrills. 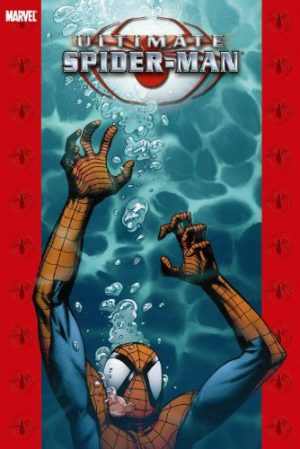 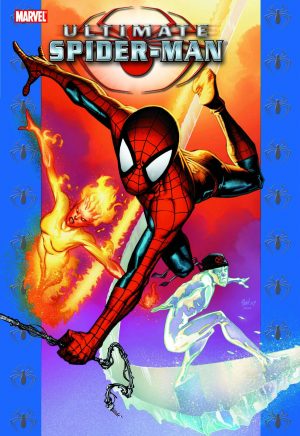