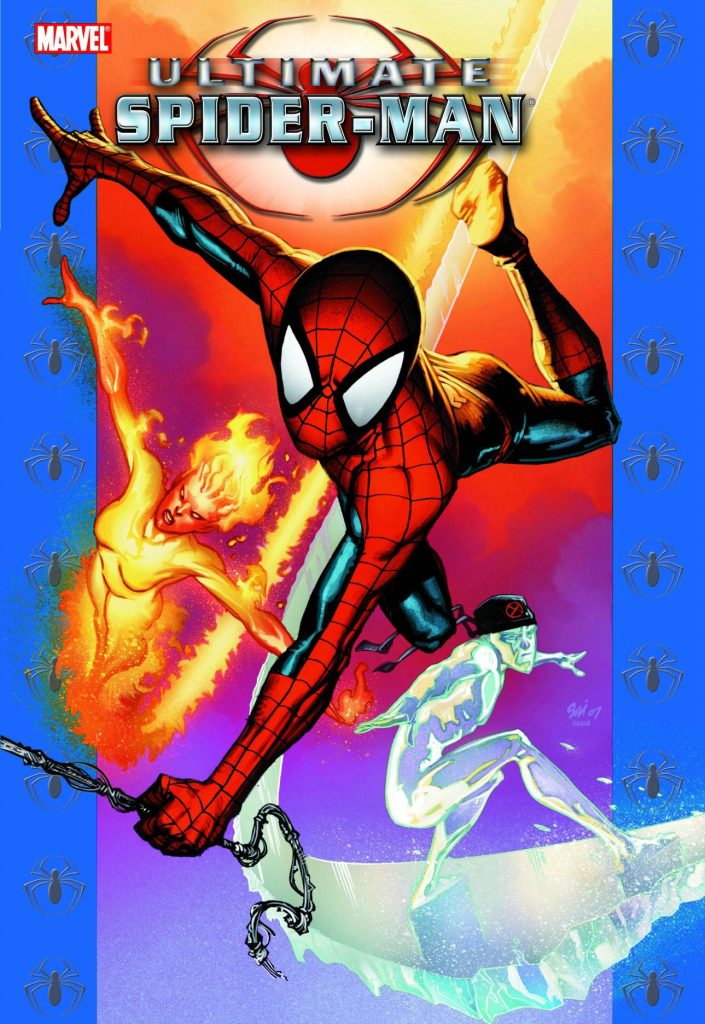 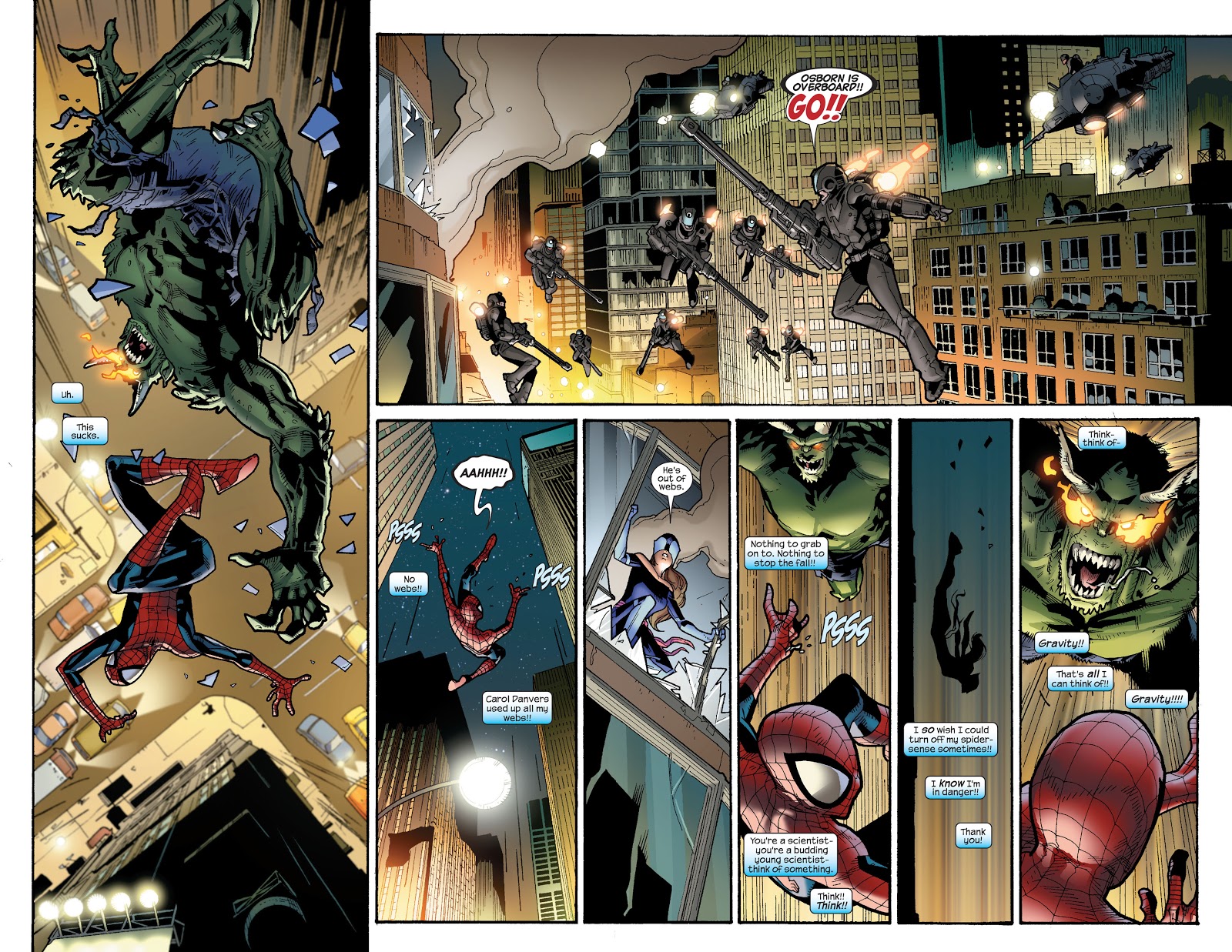 Because these hardcovers combine story arcs it often leads to extreme contrasts in tone. This volume, for instance, begins with an occasionally disturbing action thriller commenting on how simple it is for some people to control media perception, escalating into tragedy. It’s followed by an altogether lighter team-up of several superheroes with Spider-Man and the X-Men, before concluding with two single chapters in which Spider-Man is confronted by separate villains he’s not taken seriously in the past. If you’d prefer the paperback editions, look for Death of a Goblin and Amazing Friends.

This is the first hardcover volume exclusively featuring the art of the under-rated Stuart Immonen, who makes the right choice in deciding to apply his own style rather than sticking to the look established by Mark Bagley. He’s equally strong on character moments, but has a different way of laying out a story, the viewpoints tending to be more distant and the figures less rounded. Like Bagley, there’s no criticising the effort applied to create thrilling visuals.

Almost all the emotional weight is gathered in the story of Norman Osborn escaping the clutches of S.H.I.E.L.D and then going public with claims of being held captive without trial. That’s true, but what Osborn doesn’t reveal is his rampages as a giant green monster. Pre-Donald Trump’s presidency, Brian Michael Bendis has Osborn supplying selective revelations filtered with outright lies about his innocence to produce a suitably inflammatory fake news story. The tension is convincingly built and ramped-up, especially for Mary Jane Watson, who Osborn previously threw off a bridge, and Osborn’s story ends with a great intervention from Spider-Man, which Bendis sets up in a way you won’t see coming. The actual superhero battle is revisiting past glories, but superhero battles are only to be expected in superhero comics, and this is drawn by Immonen.

Return matches with Omega Red and the Shocker end this collection, both slight, with the latter featuring a predictable escape method. They’re separated from Osborn’s rampage by a story beginning in Peter Parker’s high school and ending in a confrontation with Magneto. A couple of volumes back Peter dating fellow superhero Kitty Pryde was at the cost of diminishing the school scenes and the engaging cast that comes with them, but here several superheroes are smartly embedded in the school. In what’s a very readable sequence we see the creation of a new hero amid some nice personality moments and a few ethical arguments. It’s not really apparent, and certainly doesn’t matter, but these could be seen as leading into the events of Ultimatum, and Spider-Man’s part in that is compiled in Vol. 11, the last of this hardcover series.

There are few poor moments in Bendis’ Ultimate Spider-Man run, and if Omega Red and the Shocker don’t qualify as series highlights, they’re not poor, just not up to the usual high standards. It makes for another very entertaining selection.