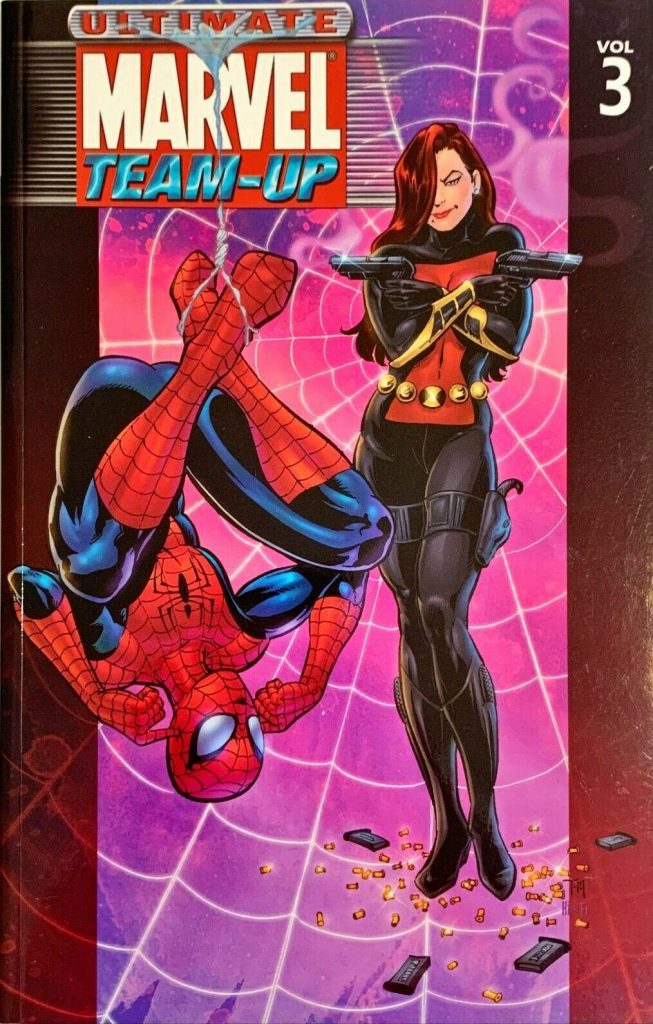 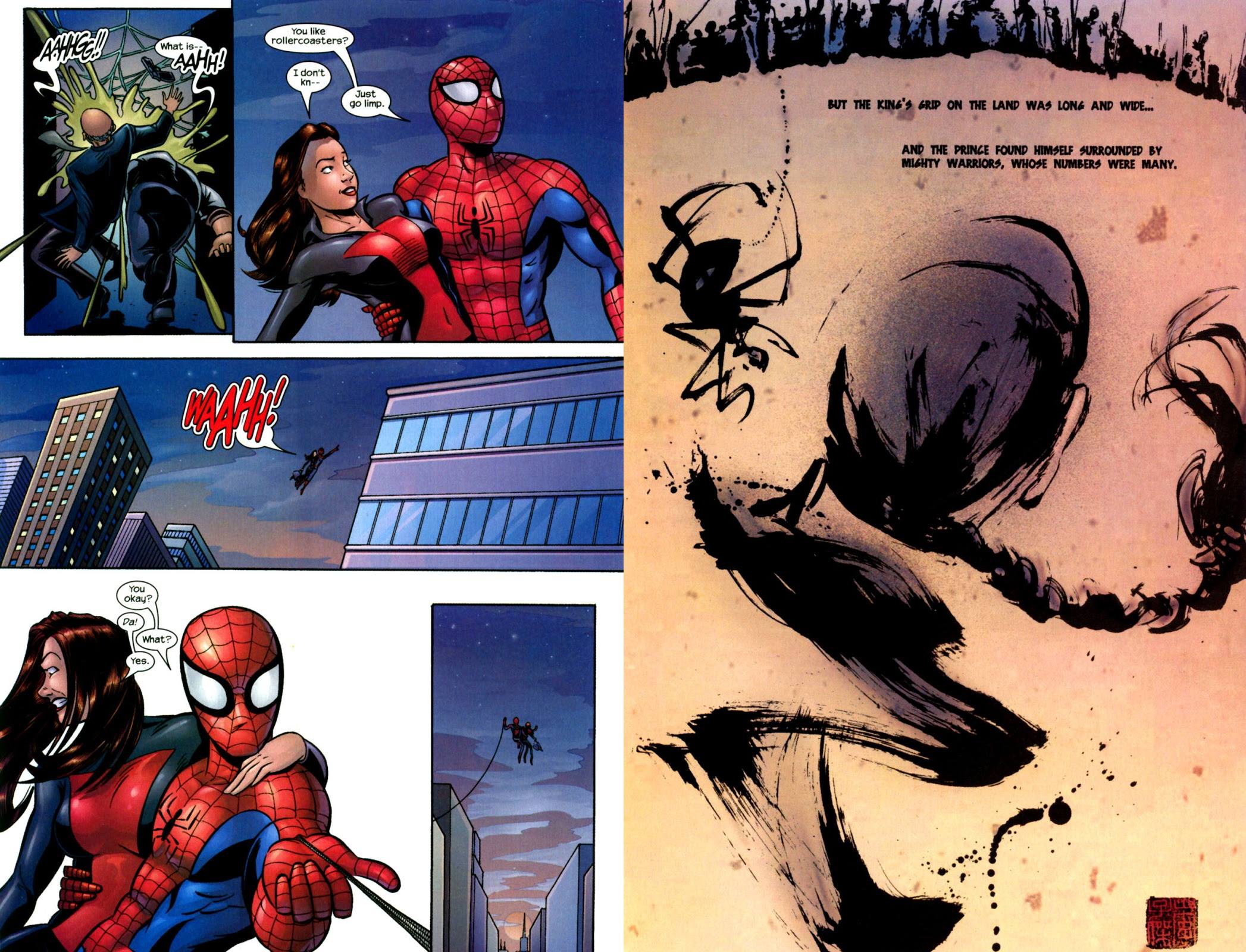 This third collection brings what’s been a creatively disappointing run to end. Brian Michael Bendis has been nowhere near as strong as on the accompanying Ultimate Spider-Man series, and that’s largely the pattern continued here, with quality measured in moments rather than throughout.

There was a nice cameo featuring the Latverian Ambassador to the USA being slapped down by Tony Stark in Ultimate Marvel Team-Up Vol. 1. There he came across as a befuddled victim, but these opening pages show his true character as he uncovers the Black Widow in the Latverian embassy. That’s followed by a two-part story involving Shang-Chi, Master of Kung-Fu.

Terry Moore’s art isn’t often seen at Marvel, and he draws a nice enough Black Widow, but the pages lack the depth and consideration of his own projects. On the Shang-Chi story, it’s pages painted in black ink by Andy Lee that stand out. They feature an ancient Chinese myth counterpointing the main story (sample art right), and unintentionally also counterpoints the far more ordinary pages supplied by Rick Mays on that story, which isn’t ideal when much of it is visually based. Both tales are set in the comparatively early days of the Ultimate universe, and characters would be considerably revised by the time they were next seen, Nick Fury especially.

Ultimate Marvel Team-Up closes with a 64 page story illustrated in two to five page segments by a variety of artists, Dan Brereton being allocated the most when Spider-Man meets Blade over six pages. Such stories are very often better in concept than reality, but a strong plot from Bendis ensures that this just about works. He has Spider-Man questioning whether he’s suited to being a superhero, which occurs as he talks to Mary Jane about his experiences and attempts to communicate with other heroes. The changing characters and tone enable the inclusion of artists as different as Scott Morse and Dave Gibbons, Jim Mahfood and John Romita, Bill Sienkiewicz and Frank Cho. The second half is a series of pin-up spreads overlaid with Peter Parker reciting his class assignment about a hero. This format is one Bendis would repeat several times at Marvel in other titles, and when it supplies paintings by P. Craig Russell (Doctor Strange) or Ashley Wood (Elektra), there’s no cause for complaint from art fans.

Everything here can also be found in Ultimate Marvel Team-Up Ultimate Collection. 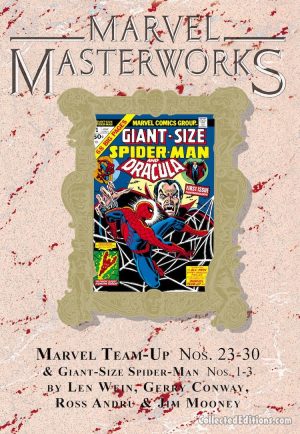 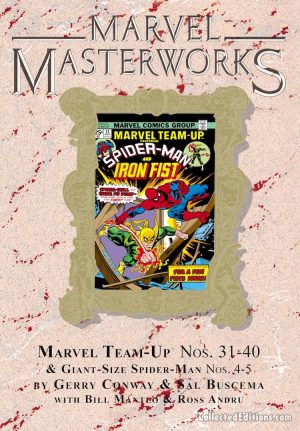