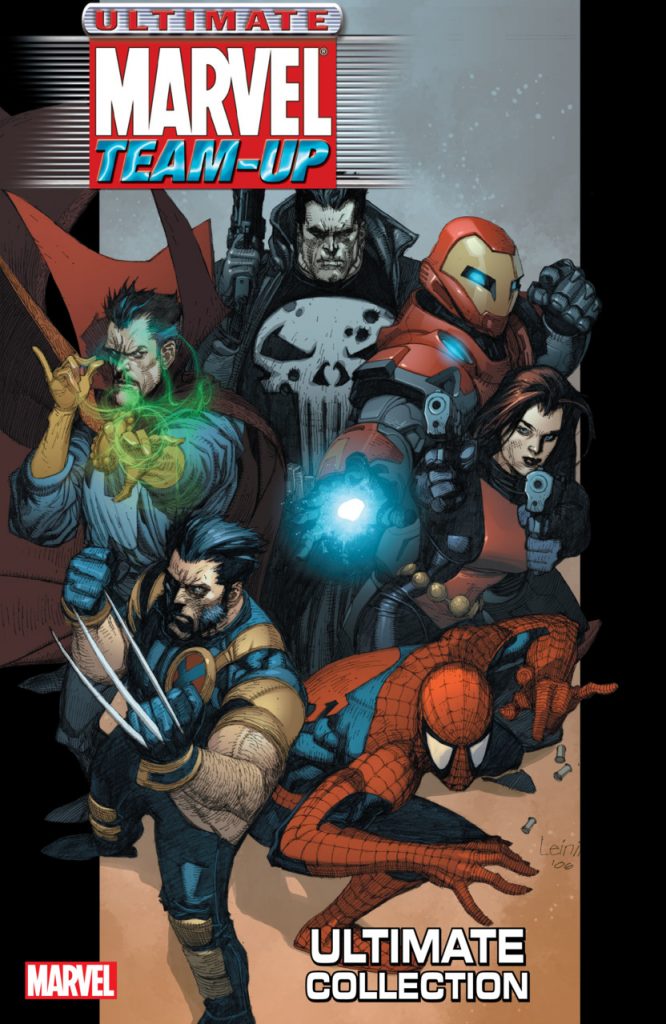 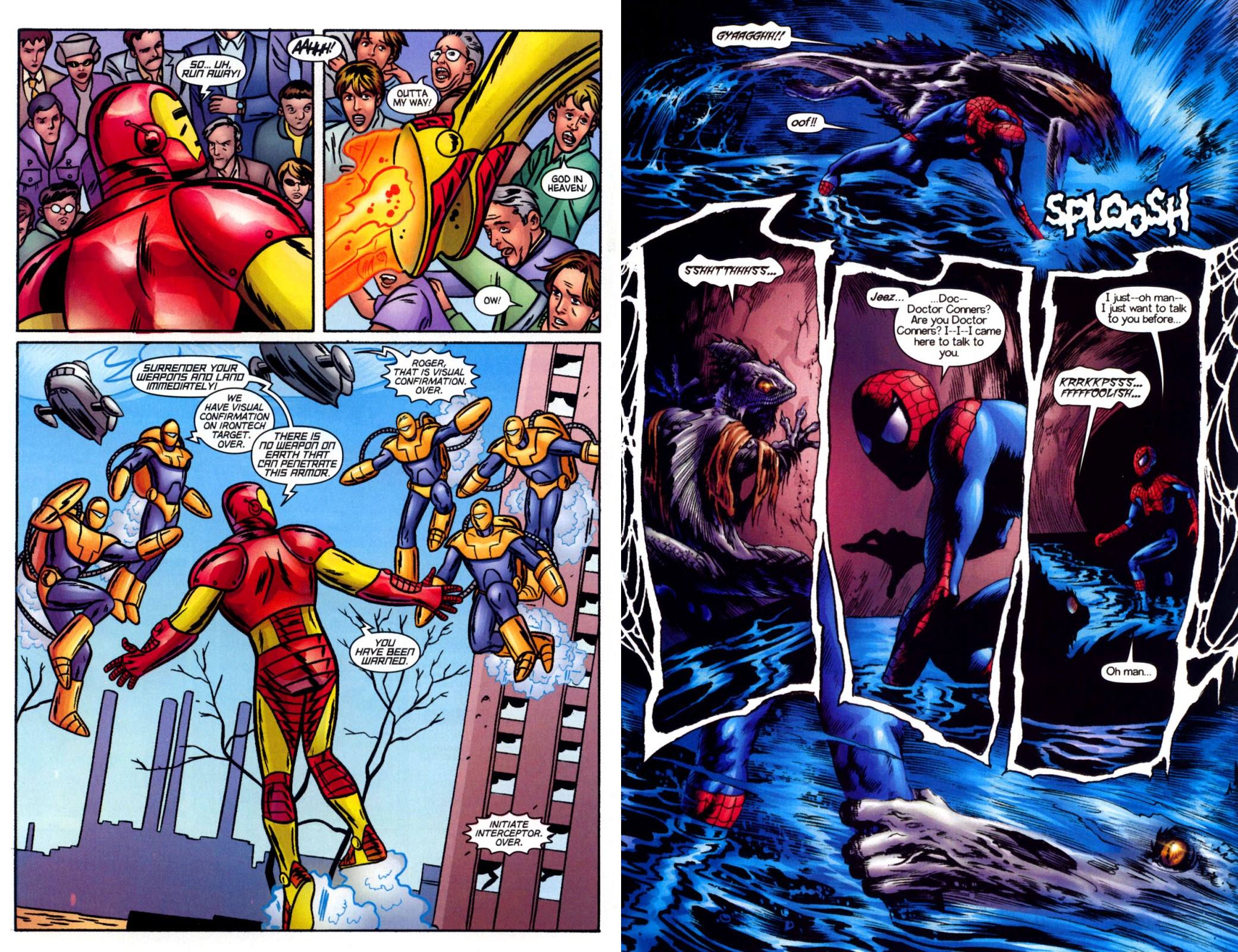 In principle, Ultimate Marvel Team-Up should be a first rate read. The teamings of Spider-Man and other characters are written by Brian Michael Bendis around the same time he was producing the excellent Ultimate Spider-Man series, and it features artists who don’t often work with Marvel, or hadn’t done for some while. Matt Wagner draws the Wolverine story, Bill Sienkiewicz the Punisher, Jim Mahfood the Fantastic Four and Terry Moore the Black Widow.

However, as interesting as that might sound, inspiration is provided in moments rather than all the way through. Some teamings are extended well beyond the viable plot, and others just never spark into life at all. It’s also the case that a fair number of the artists either aren’t very interested in drawing what they’ve been given or find difficulty adjusting to the needs of superhero drama, the resulting pages not matching the quality of their personal projects. It’s most puzzling in the case of Michael Allred, responsible for amazing superhero art on other Marvel characters, yet his Iron Man is stiff and posed.

Not that Bendis is blame-free. While the stories he provides have a minimum professionalism, there’s little insight, emotional drama or surprise that raises them above average. There’s nothing to differentiate the Fantastic Four here from the regular bunch other than Jim Mahfood’s art, and they’re not the same Ultimate Fantastic Four who’d later star in their own title. Iron Man’s origin is fundamentally the same as the conventional version, yet is dragged over two chapters, the same length is used to tell a very simple story about Shang-Chi, Master of Kung-Fu. Two chapters of Ted McKeever art on a Doctor Strange story works just fine, but that’s another story stretched too far. The same applies to the Punisher appearance. Nice to see Bill Sienkiewicz pages again, but there’s barely any Spider-Man as Daredevil and the Punisher have at each other, although technically, that’s also a team-up, just without much Spider-Man.

Strangely, the only unqualified success of the entire run doesn’t feature any super powers or costumes, and it’s no coincidence that it’s the closest in tone to Ultimate Spider-Man. Peter Parker and his schoolfriends are hanging out at the mall when the X-Men turn up and Wolverine decides to play a little joke. It’s a deliberately awkward conversation that doesn’t go the way Wolverine intends, and Chynna Clugston-Major’s manga-influenced cartooning brings out the cast and what they’re feeling. John Totleben’s redesigned Lizard popping up in a Man-Thing story is also worth mentioning.

The book closes with twenty different artists interpreting Spider-Man over a story in which he’s having self-doubts. Some draw short interludes, no longer than six pages, others just pin-ups over a section where Peter Parker reads out his class assignment about his hero. There’s such a wild variance that no-one’s going to like everything, but it’s the only project ever to include both Jeffrey Brown and Dave Gibbons.

Most of the Ultimate universe is still entertaining, but this should be low on the list of essential purchases. If there is just the one artist whose work you’re keen to see, you’re better off investigating the slimmer paperbacks Vol. 1, Vol. 2 and Vol. 3. 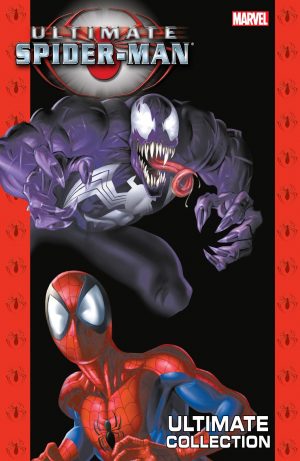