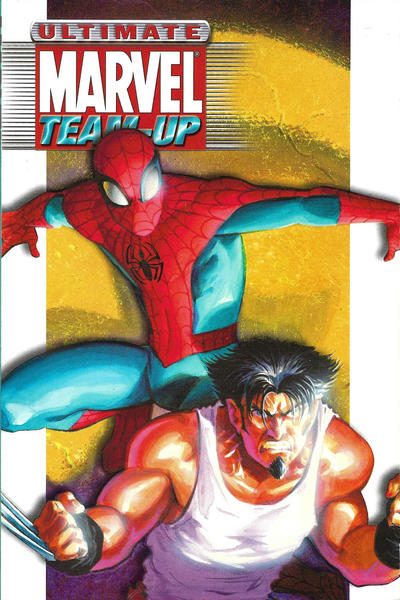 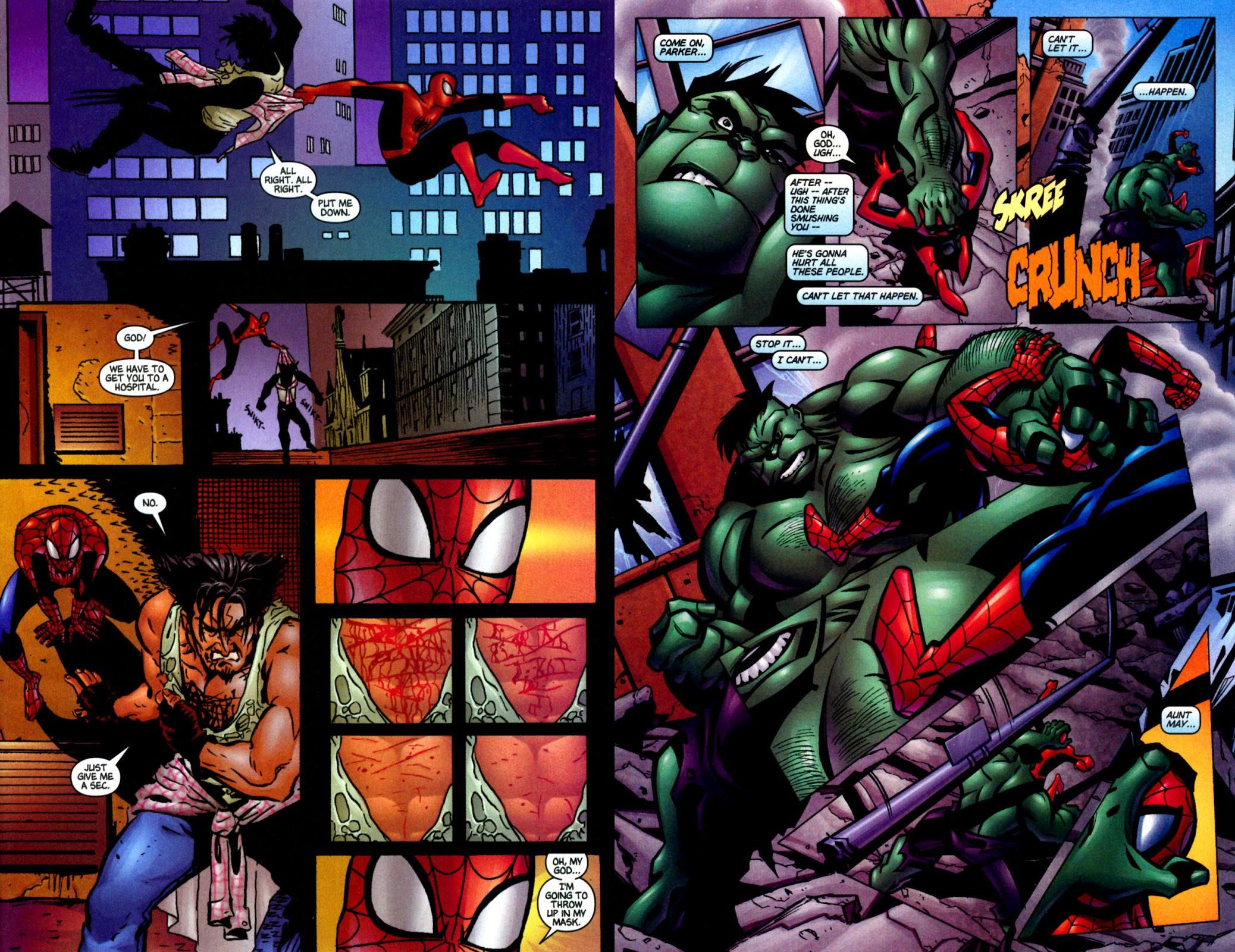 The stories presented in Ultimate Marvel Team-Up occur very early in the days of the Ultimate universe, so involve the first meetings between Spider-Man and other characters, some of whom Brian Michael Bendis was actually introducing in their Ultimate version. Everything is written by Bendis, and part of the attraction is seeing artists who wouldn’t normally work on Spider-Man or other characters. Michael Allred has had extended runs at Marvel, although only on specific titles, but that isn’t the case for Matt Wagner or Phil Hester (sample spread).

It’s surprising that artists of Wagner and Hester’s calibre aren’t very comfortable with the requirements. Hester draws a fair angry Hulk in close-up, but the devastation and sheer size of the Hulk needs some scale other than just Spider-Man, and Hester doesn’t move the viewpoint out to a distance nearly enough. Wolverine doesn’t need that distance, and Wagner is more expansive, making good use of spreads and switching the viewpoints more often, but Wolverine and Sabretooth don’t seem like characters he’s comfortable with. Seeing Wagner draw Spider-Man, though, is nice.

Allred’s so good elsewhere, and he also has a handle on Spider-Man, but his Iron Man is stiff and posed, almost as if we’re dealing with an action figure version. Bendis combines events in the present with Iron Man’s origin story. It has a few minor tweaks, but is fundamentally the same origin as ever for Iron Man, so hardly a revelation.

Because Bendis is a good writer, all three stories meet a minimum standard, but they’re nowhere near as good as his work on Ultimate Spider-Man. Even bearing in mind this was early days for him at Marvel, all three plots are ordinary, and the good aspects come in moments: Spider-Man’s dialogue, Tony Stark fobbing off a Latverian politician, the Hulk being lured by fish… There is a second collection of Ultimate Marvel Team-Up, or alternatively the entire series is available as an Ultimate Collection. 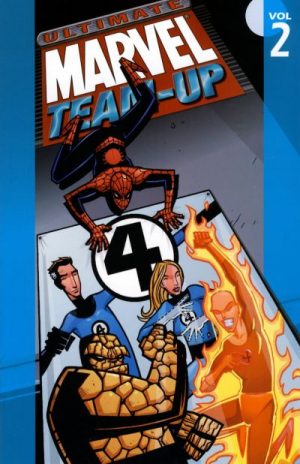 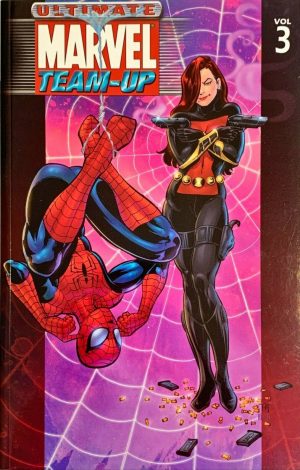