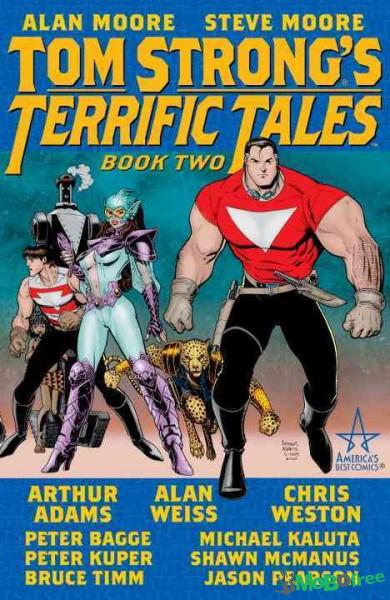 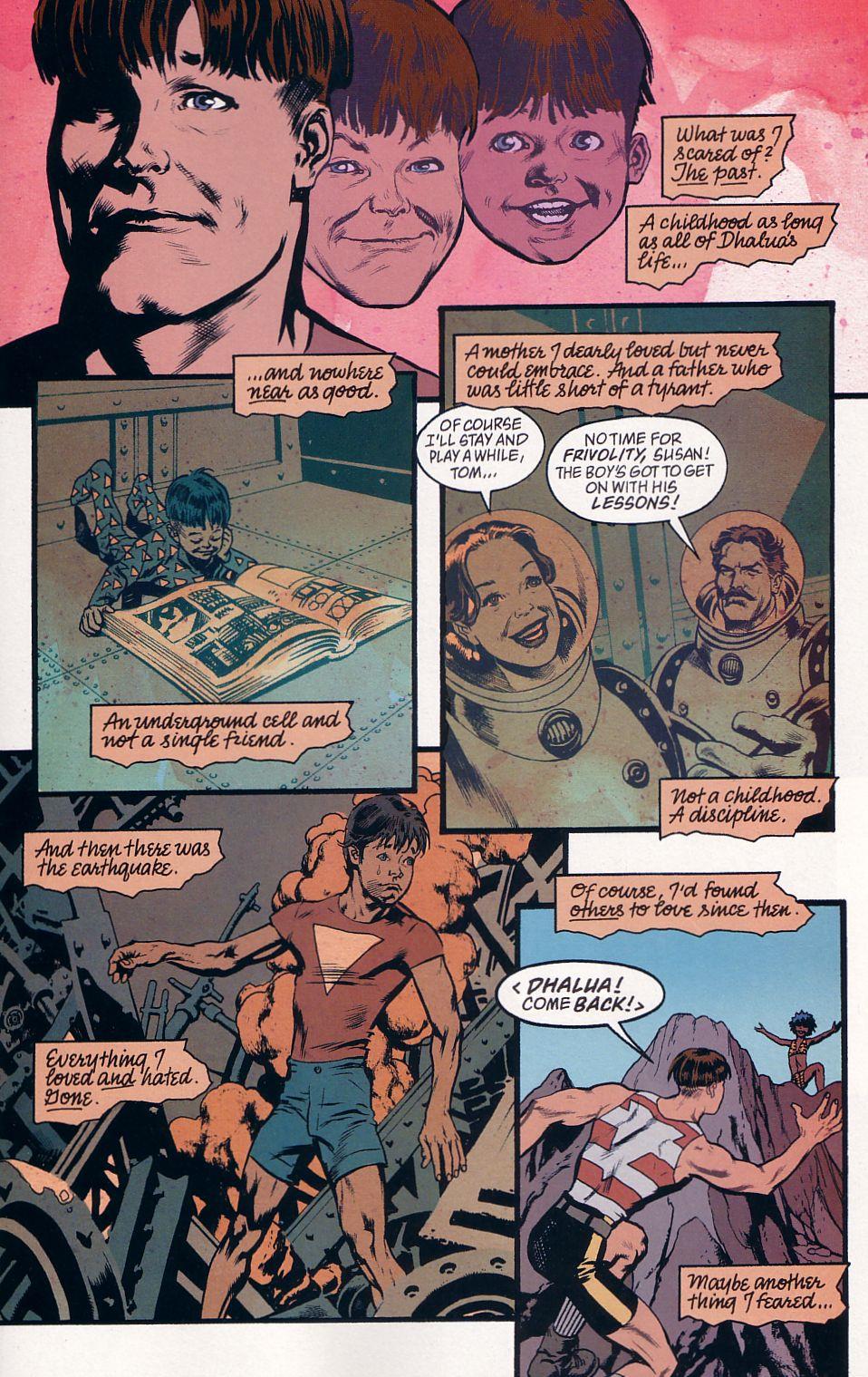 The first volume of Terrific Tales lived up to the title in places, and this does even more so as writers Alan Moore and Steve Moore experiment further with what they’ve now established. In terms of the format, matters continue in the same vein, collecting issues that each featured three stories, one of Tom Strong, one of the young Tom Strong’s teenage years on the remote island of Attabar Teru, and the unconnected Jonni Future.

It’s generally the young Tom Strong material that’s the weakest, although it’s never poor. It falls into formula, though, with too many episodes seeing Tom out exploring and finding adventure in the manner of the boys’ adventure comics of Steve Moore’s youth, recycling inspiration, but never transcending it in the manner that Alan Moore’s does. Alan Weiss’ illustration varies greatly according to his inker, and what should be a dream team of his pencils inked by Sandy Plunkett is quite ugly in places. The best of these shorts is Tom learning about sex in novel fashion, although the discovery of his mother’s diary is also good, with Moore adding subtle layers to Tom’s heritage.

Steve Moore is much better with the Jonni Future strips. These again draw on influences from his youth, this time pulp science-fiction, but his use of the genre is far more imaginative. Having inherited a rambling house from her uncle, Jonni discovers both a human leopard and a bridge to another world, which proves a stepping stone to further wonders. These are imaginatively presented by both Moore and primary artist Art Adams, but Adams doesn’t complete the series. While having a similar intensely detailed style, Chris Weston’s layouts are more matter of fact.

The real standout material is Alan Moore’s Tom Strong strips. A run of experimenting with form began with content gathered in the opening volume, and continues here. We have stories told as a rhyming children’s fable, myth deconstruction with Peter Bagge’s Tom Strong in suburbia, and a Saturday morning Hanna-Barbera cartoon of old complete with advert break and theme tune – “He’s the wonder of the decade, he’s the darling of the week, he’s the jungle genius with a geometrical physique”! Within all this playfulness, though, is a solid story every time.

As good as Moore is, he also has his pick of top rank artists, so a text history of Millennium City is accompanied by stunning Michael Wm. Kaluta illustrations and Peter Kuper, a specialist in such matters, illustrates a wordless tale of someone who looks very much like Millennium’s George Bush. He aspires to a heroic ideal, but being a serial fantasist, fails in appalling fashion. Subtle it’s not. Shawn McManus, Jason Pearson, and Bruce Timm are also on hand.

This isn’t Alan Moore at his absolute best, but possibly because the mood is deliberately light, Tom Strong remains an under-rated portion of his output. Certainly the material here is as clever and intricate as more highly regarded work. That it’s among some lesser strips diminishes the overall rating, but this is a case where the book’s title is no hyperbole.