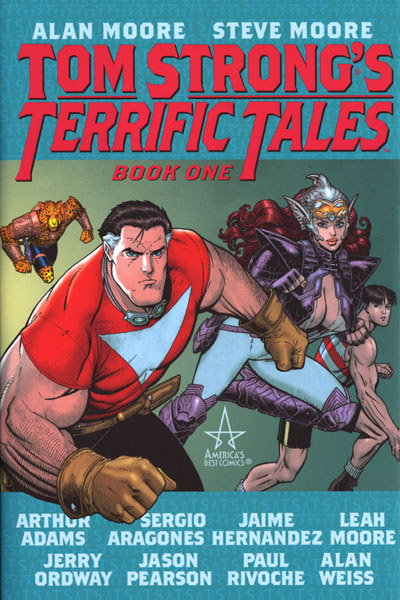 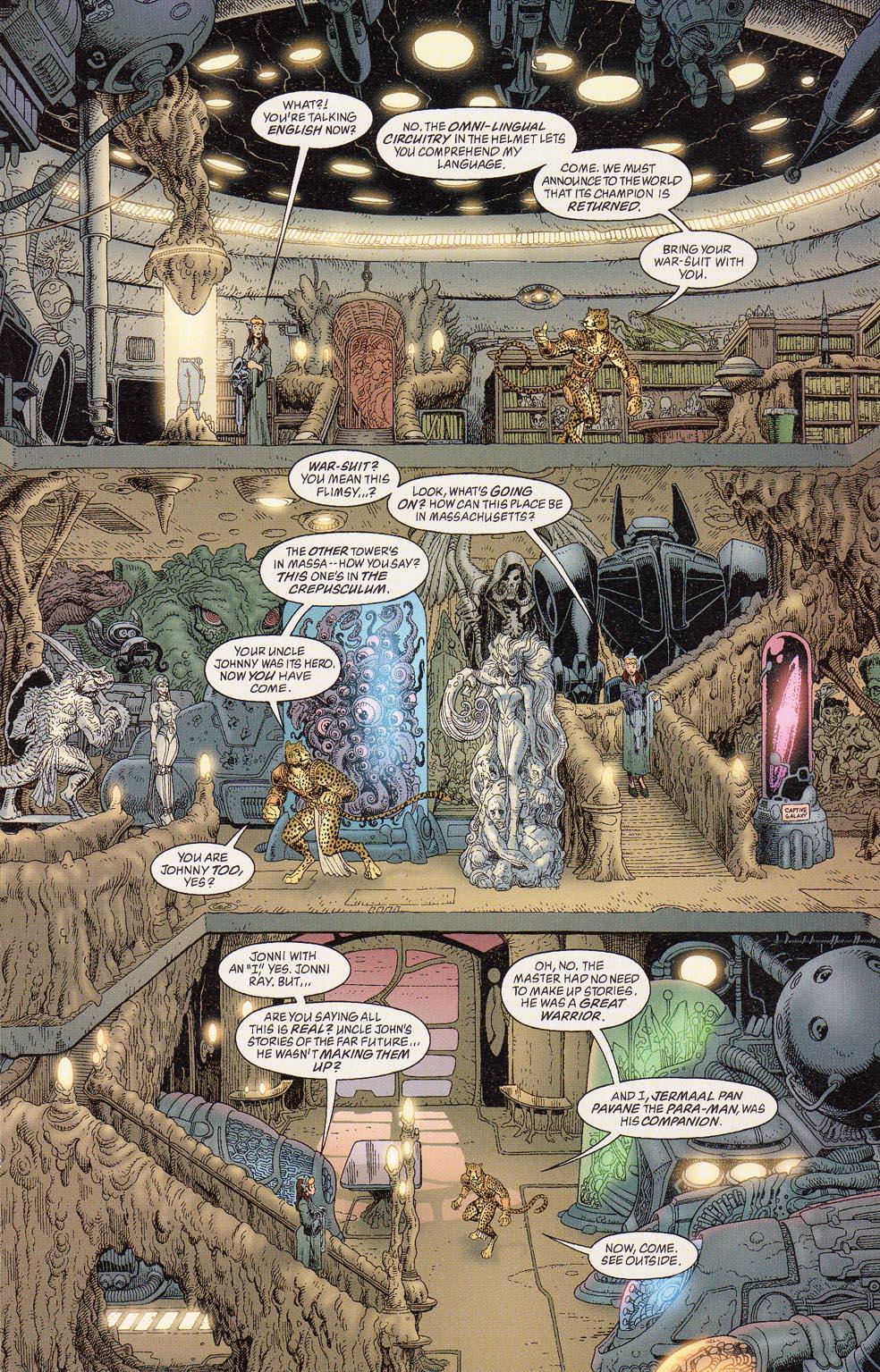 One of the most astounding things about the first two volumes of Tom Strong was Alan Moore’s facility for condensing essential plot elements down to a mere eight pages, each of the resulting stories well-plotted, surprising and inventive. It was a skill he always seemed to possess, dating back to early days of his career turning out twist in the tail science-fiction stories for 2000AD, and there’s a lot more of that sort of material here. And in a neat touch of synchronicity there are three features, and three writers in this book, all of them named Moore.

Chris Sprouse had the artistic duties on the parent title sewn up, yet Moore could produce stories at a quicker rate than Sprouse could draw them. Also, in the earlier volumes at least, Sprouse’s clean style characterised the series, and there wasn’t much diversion. A companion volume, however, permits Tom Strong tales told by artists as varied as Sergio Aragonés, illustrating a day in the life of Solomon written by Leah Moore, and Jaime Hernandez, whose Tesla solo is a delight. Moore constructed a careful continuity for the parent title, one that required specific introductions and might not have encompassed tales of Tom Strong’s youth, for instance.

These are written by Steve Moore, whom it’s essential to state is no relation, and all episodes are drawn by Alan Weiss, whose pages carry a delicacy and ornate flourish. They concern the years when Tom was orphaned and growing up in the tribal society of Attabar Teru, and facing the challenges of manhood, some set by his own curiosity, others deemed a cultural necessity: “The trial, the struggle, the overcoming… these are important. And the facing of death. You must survive to become a man, Tom, and not all who take the test do.” These stories entertain, but generally not as much as the other material.

We also have Steve Moore’s stories of Jonni Future. This is a clever set-up. A young woman inherits a large rambling house owned by her science-fiction writing uncle. She’s not permitted to sell it, nor dispose of the contents, and discovers she has an unimaginable legacy. The idea of the innocent having to learn on the job is hardly new, but Moore endows it with charm and panache, while simultaneously toying with the tropes of pulp science fiction. Art Adams’ decorative and detailed cartooning defines many worlds, but those with concerns about the way some comics objectify women won’t find Adams’ contributions as admirable.

Alan Moore’s tales of the adult Tom Strong range far and wide displaying all the imagination of those elsewhere. They’re jaw-dropping, funny, and mind-expanding, sometimes all within the same episode. The best of them is at first sight the most mundane, as Tom grapples with the problems of another, but Moore makes a compact point about how every life is worthwhile. Most of these tales are drawn by Paul Rivoche, with Jerry Ordway supplying the remainder, while Jason Pearson’s responsible for a tale told entirely by bubblegum cards. There’s not the consistency of the other features, and it’s unlikely everything will appeal, but the beauty of the selection is that no two people will have the same response.

The stories become united by a common theme as we reach the end, hallucinogens, and the convergence makes for a weaker reading experience than if they were sifted throughout the book. This is to carp about minor matters, though. Would that all graphic novels displayed this level of imagination.