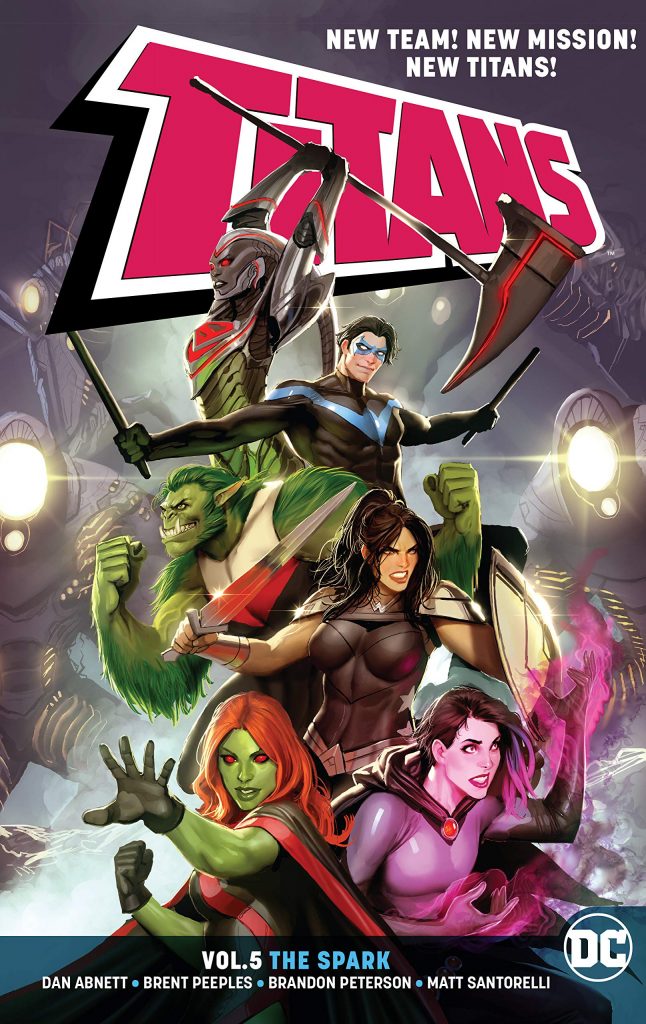 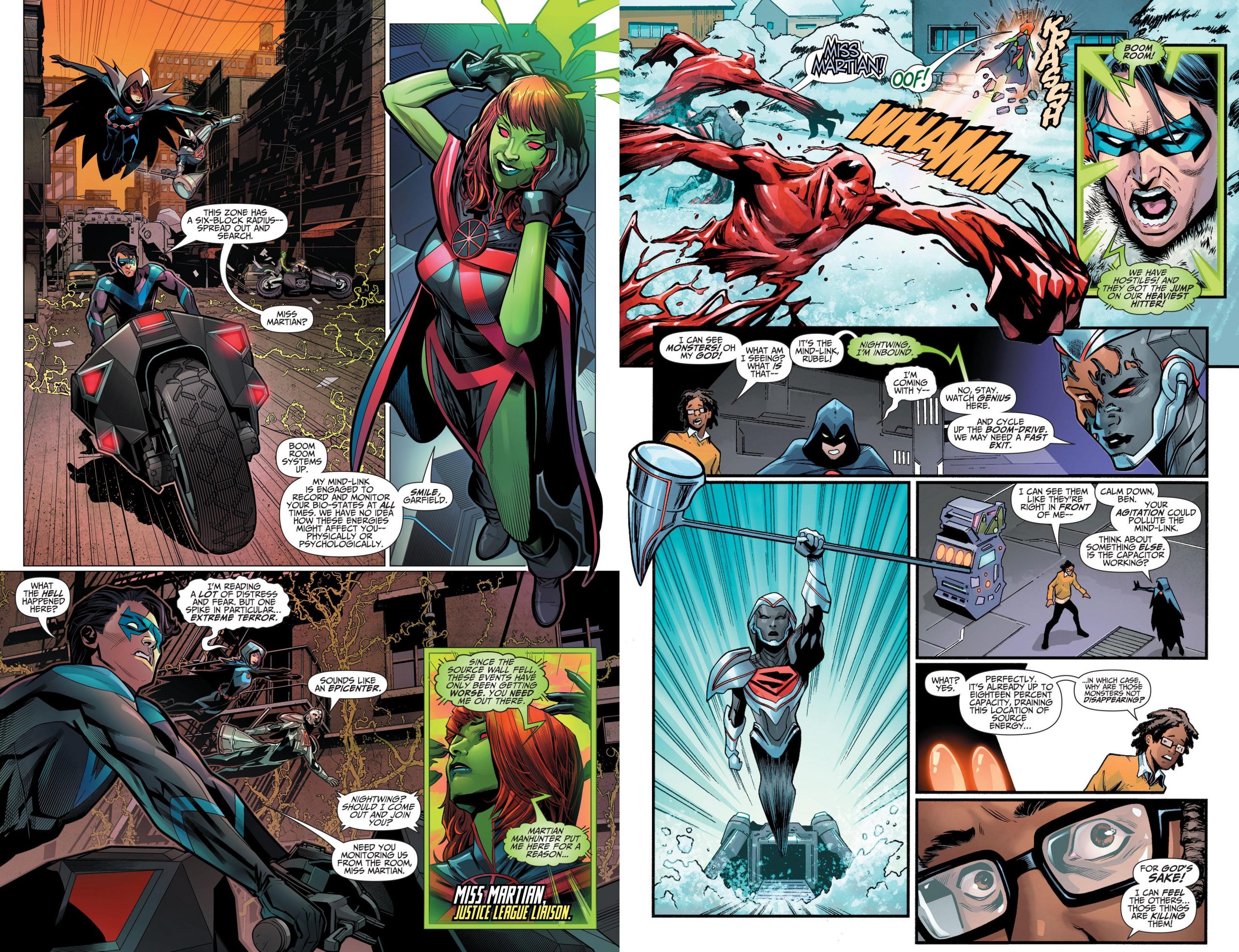 Is there a superhero fan who doesn’t love a story where a team changes its line-up? Under the hands of a skilled writer any disappointment deriving from the departure of a favourite character is more than mitigated by the joy of seeing the new team assembled, the surprise inclusion and the return of old favourites. Dan Abnett goes a step further with The Spark by taking the opportunity to shift the reason for the Titans being a team at all, moving them away from a bunch of mates.

Events have escalated quickly in other titles since Titans Apart, but the only necessary information required is that people are randomly developing super powers that they can’t control, with all the dangers that brings. Nightwing’s melodramatic assessment is “these Emergents are like newborns… orphans… thrown into the world. I know how that feels.” The Justice League are occupied with bigger threats, so it makes sense to establish a dedicated team dealing with problems resulting from the newly powered. An obvious comparison can be made with the way the X-Men have operated at times, almost underlined by Abnett including a Beast Boy no longer able to control his transformation into a threatening form, but the plot quickly moves beyond the comparison.

Much of the artwork is down to Brandon Peterson (sample spread left) and Brent Peeples (sample right), but move beyond them and the contributions of others veer from the accomplished elegance of Nicola Scott to some very basic looking pages. Peterson’s designs for the new team are seen in the back of the book, and both he and Peeples deliver solid superhero art.

Abnett’s new line-up features previous Teen Titans members, but not as a group who’ve worked together before, only retaining Nightwing and Donna Troy from the previous volumes. It initially seems as if there’s considerable duplication of powers between Raven and Miss Martian, but there’s a reason for that, and Abnett sets up interesting conflicts within the new team, openly revealing some secrets to readers to create tension. The action elements, though, aren’t as interesting because they’re repetitive, the threat always amounting to a big monster. Also frustrating is that after establishing the team, events in other titles dictate that someone in Abnett’s playground has to be removed, oh, and by the way, there’s another crossover coming that needs to be incorporated. At least that’s in Justice League/Aquaman: Drowned Earth. The final chapter is one of reflection and hand-wringing, and leaves Titans in pretty well the same place they were when The Spark began. How they emerge from that is related in Into the Bleed.