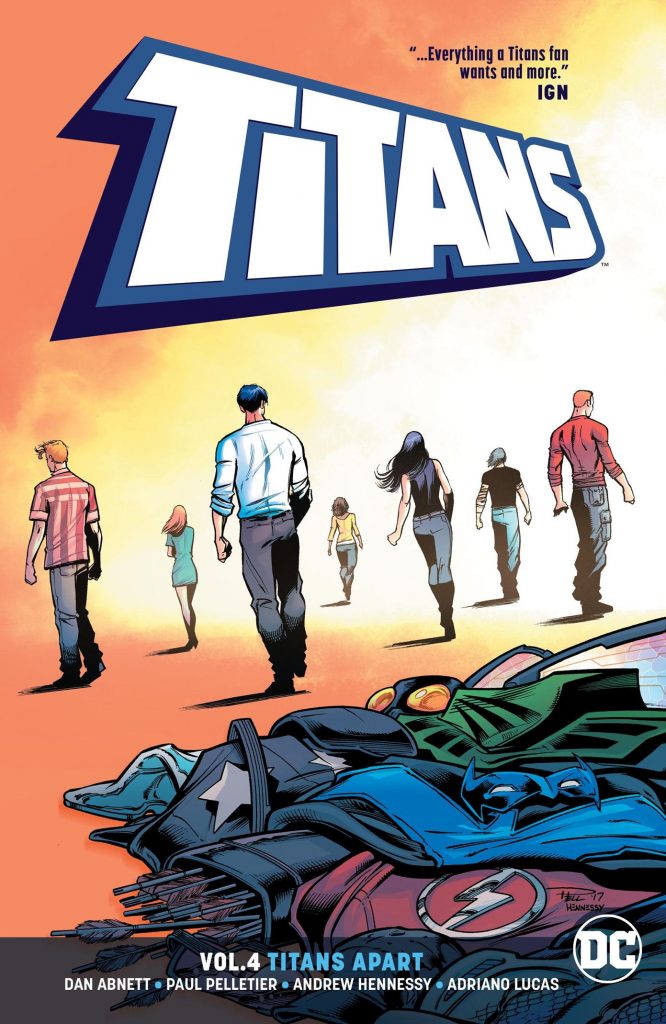 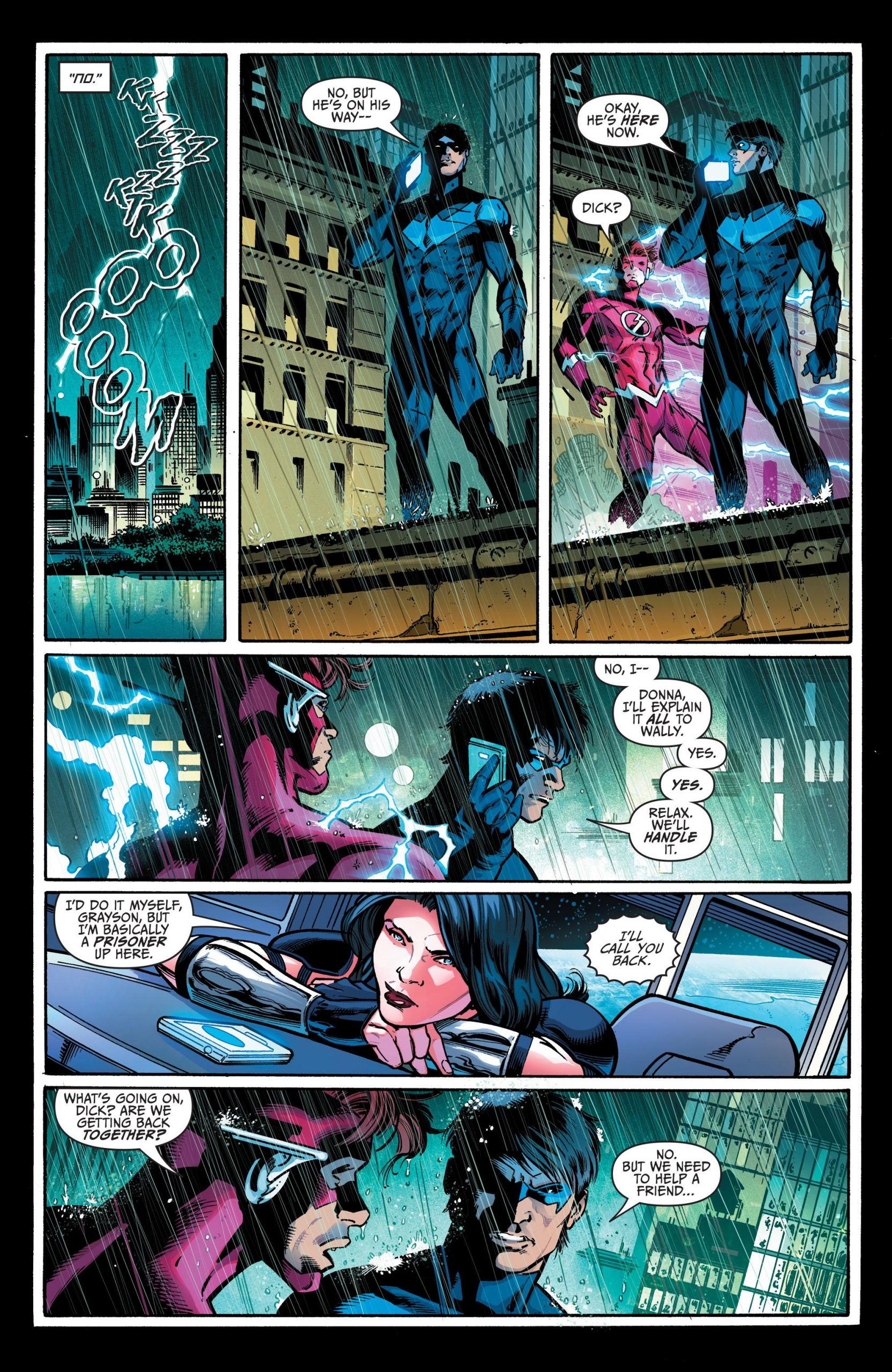 The cover to Titans Apart is similar to a fair number of others seen on superhero team stories over the decades where internal disagreements between team members seem insurmountable and they go their separate ways. Temporarily at least. Dan Abnett manages to create a different story from those circumstances, beginning with a lengthy lecture from the Justice League about the events of A Judas Among Us. No little hypocrisy accompanies it, considering Justice League members long withheld pertinent information, and the result is the Titans closed down pending investigation.

In the previous volume Troia made some predictions about the Titans, ones they casually dismissed on the basis of the future being fluid, so her past wasn’t necessarily their future, but with some Titans operating solo it seems one of Troia’s statements is coming true. Abnett handles this really deftly, not only surprising with what happens and how, but with the villains responsible. They’ll be known to Titans fans, and are creations requiring a good artist to express their full personalities, especially as Abnett writes dialogue that can be taken at face value while also having a very funny subtext. Paul Pelletier brings out the best in them, and is good with everything else. Action features in his pages, but until halfway the plot doesn’t call for much traditional superhero action, and Pelletier handles the character scenes sympathetically. The more traditional closing chapter is illustrated nicely by Tom Grummett over the first half, while Tom Derenick’s subsequent pages are less polished.

Abnett’s clash with the Justice League and discord between the Titans produces an exciting story, yet one built on shaky foundations. Arsenal confronts Nightwing with “You became Nightwing to shrug off the shadow of your mentor, but you still do everything Batman tells you”, and he has a point, because doing that sets the story in motion. Batman is hardly being reasonable, and instead of effectively countering this, what follows is contrived. Efforts are made to compare the mentor relationship with that of the villains, but half-heartedly, and fans of the series to date may not be happy that half the cast are discarded after the opening chapter.

There’s a sense of unfinished business by the end, as the transition into The Spark is via crossover graphic novel No Justice. The four main characters have resolved issues, but what about the remainder?