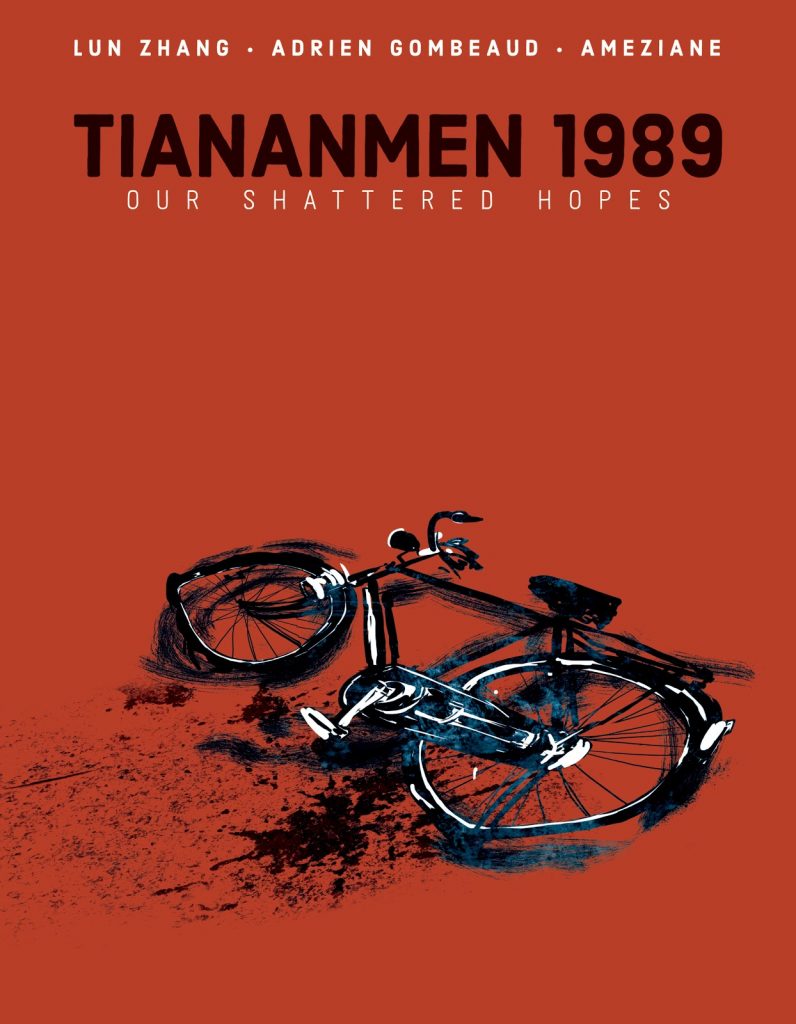 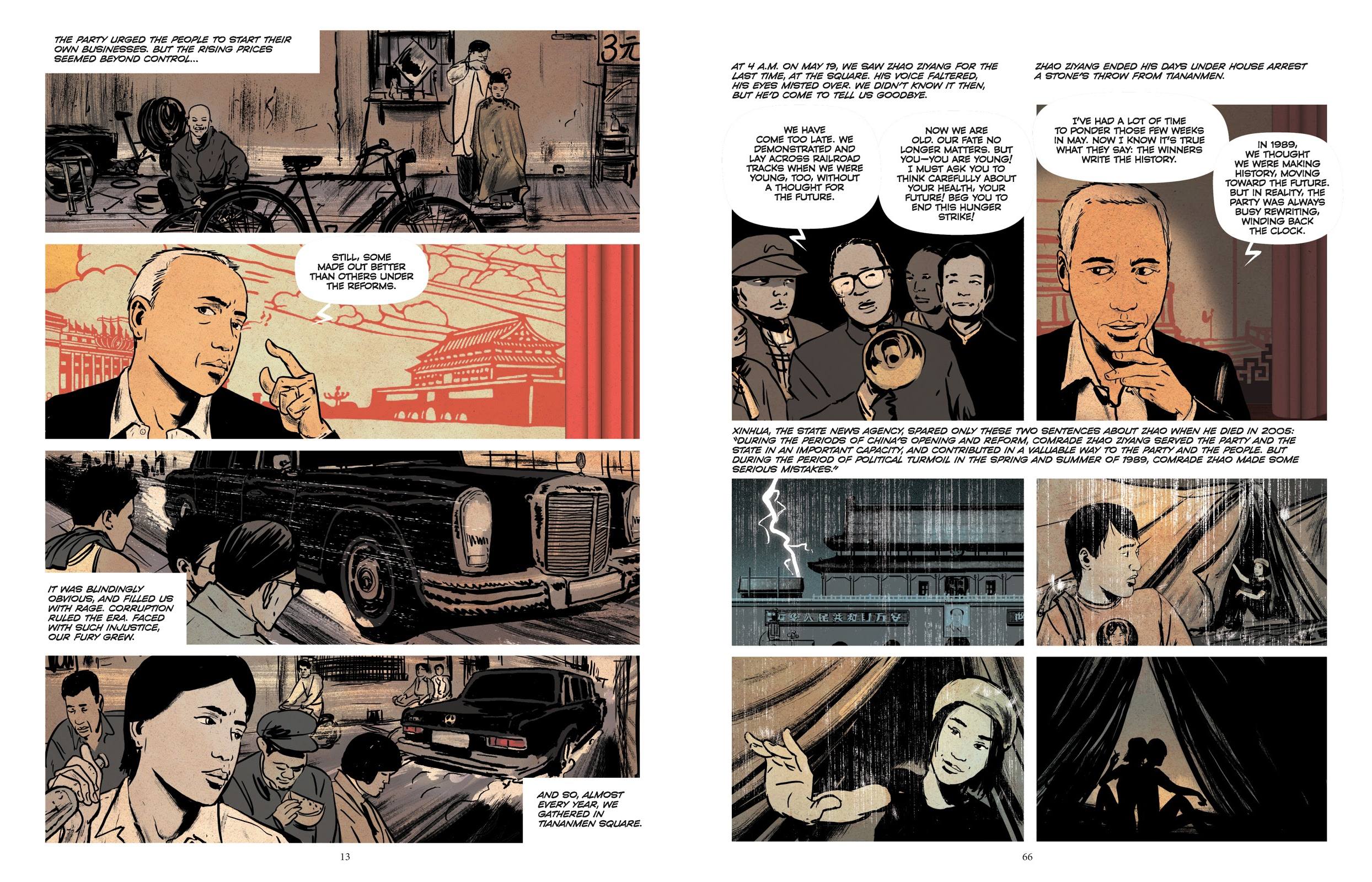 At its simplest Tiananmen 1989 is Lun Zhang collaborating with French journalist Adrien Gombeaud to tell the events of China’s failed 1989 revolution. As Zhang notes in the introduction, some events have been dramatised for a smoother story, sifting fictionalised composite characters among the people of historical record, who’re given a brief biography at the start, including what happened to them post-Tiananmen. Otherwise it’s what Zhang refers to as the life of a fictional twin living through the same events he did. These are momentous not just for what happened in 1989, but the cultural shifts introduced beforehand by a Communist Party who were (and still are) absolute rulers of China, despite pretences to the contrary. In 1989, however, for almost two months there were credible hopes that change could be forced.

Zhang details the arbitrary and almost schizoid state instructions presented as solutions to problems, such as sending assorted people considered intellectuals to work in the fields and be re-educated by the peasants. Deng Xiaoping became Communist Party leader in 1984, and a man who’d survived being purged from the party hierarchy instituted commercial reforms. A seemingly unintended consequence was that it rapidly became apparent this resulted in some gaining at the expense of others, yet a leading party member suggesting democracy was jailed. Zhang was among a growing number of younger people dissatisfied at the lack of accountability, and the death of a more enlightened member of the politburo who still had influence was taken at the time by the students as the death of any possibility for change.

The factors leading to the occupation of Beijing’s largest public space in April 1989 are clearly and concisely told for an audience who, for the most part, can’t conceive that level of state control of our lives. We learn of Tiananmen Square’s historical significance, and interesting insights that didn’t really filter through to the West at the time, news outlets simplifying the struggle to a Western idea of right against the state in the wrong. Zhang’s view isn’t anti-state, but a desire that the reforms already introduced encompassed social and political areas also. A party that always claimed to represent the people was faced with a million of its citizens very publicly demanding further reform, yet without resorting to violence.

Even the all-encompassing French comics reference site BDGest only refers to Améziane by his alias, but he turns in a phenomenal art job for what’s not straightforward material. Not only does he manage to create numerous likenesses, he’s given a script with a lot of explanation and little movement, yet he consistently makes those pages of explanation sparkle.

So many moments here are interesting, charming or monumental, and all-but unknown. Who realised, for instance, that Nena’s 99 Lufballons, a whimsical anti-war pop song, proved so inspirational in Beijing several years after its European popularity? Zhang also makes the point that no change came to China, but how much of what happened there in the summer led to people peacefully demolishing the Soviet Union’s control over satellite states late in the autumn?

Zhang closes with some personal memorabilia, and a century’s timeline of China’s history from 1919, stopping just short of further state repression in Hong Kong. There may have been no happy ending, but Zhang’s assessment is humane and stoic, making an attempt to describe how the Chinese establishment saw events as well as the rebels. For anyone interested in the events of Tianamen Square, or in recent Chinese history in general, this is an essential read. 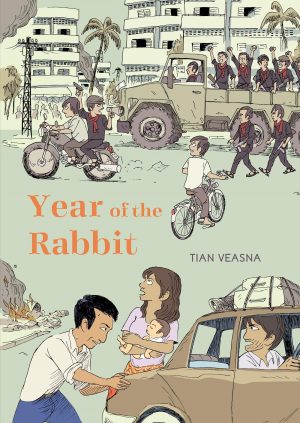