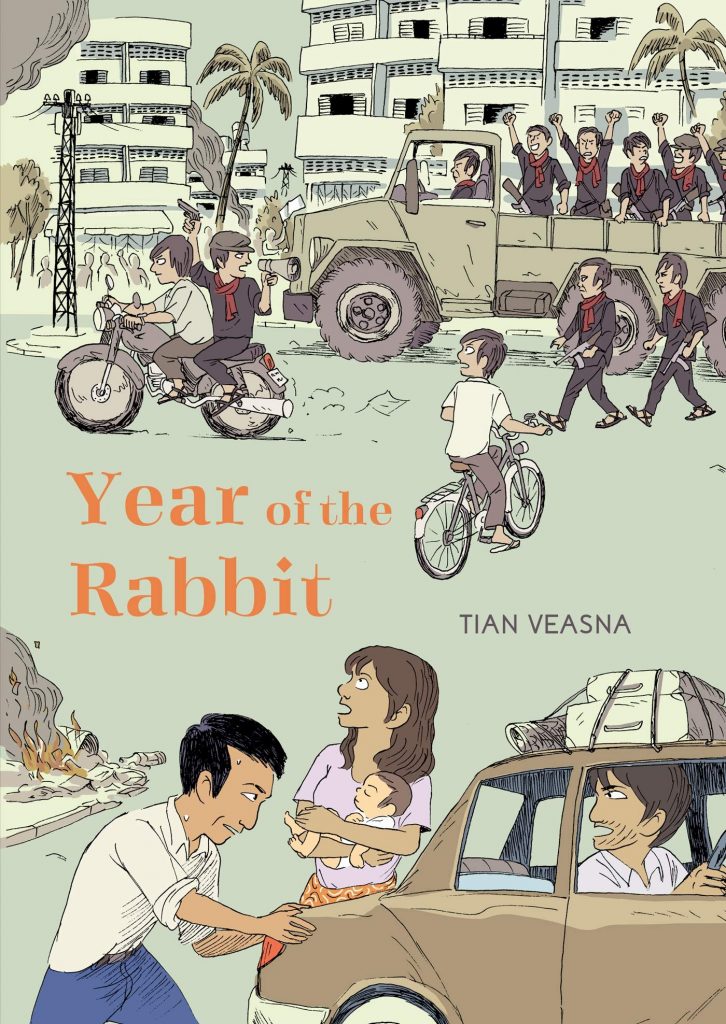 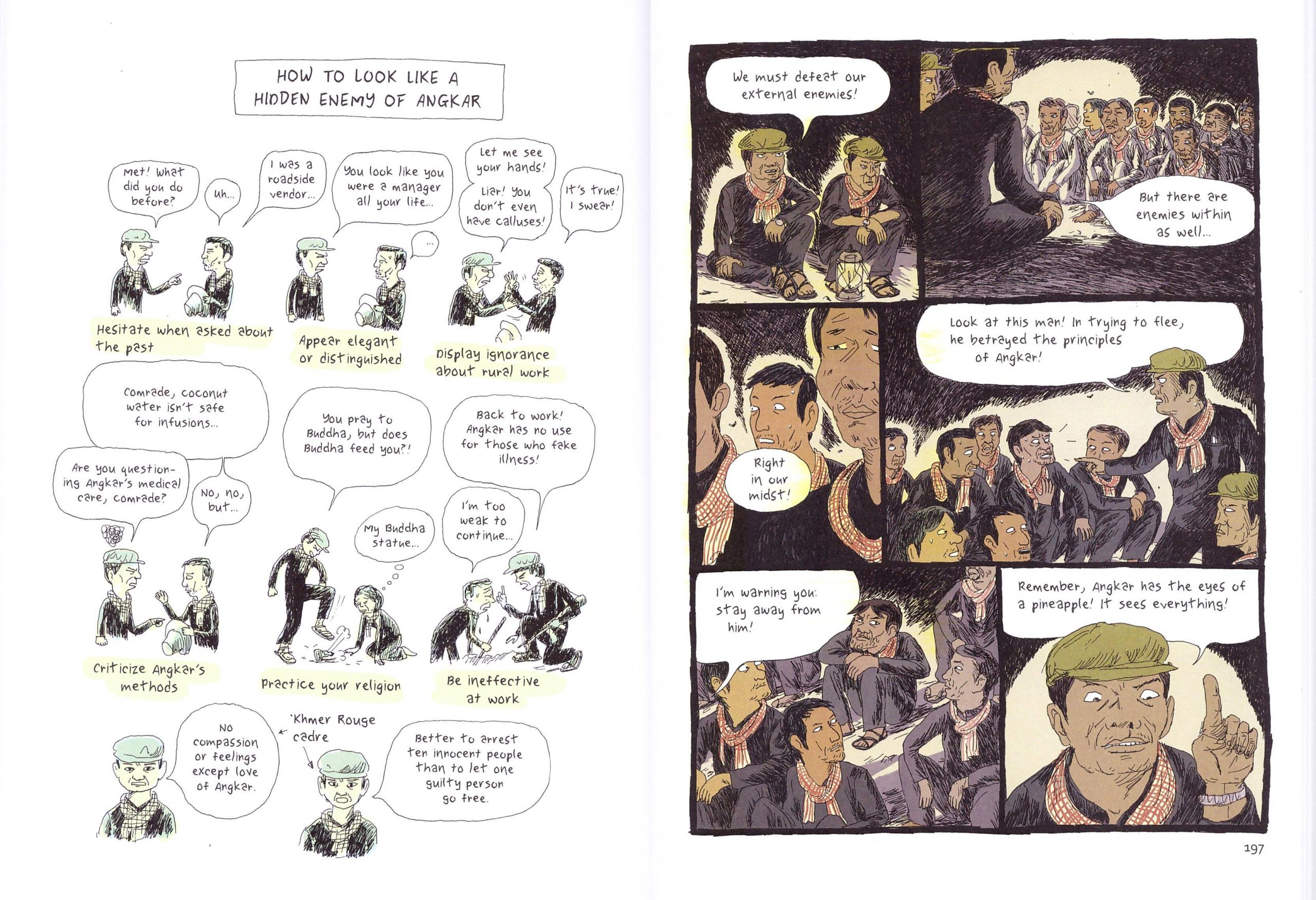 Since World War II, the modern era’s most appalling large scale social experiment was carried out by Cambodia’s 1975 liberators the Khmer Rouge. Their dogmatic policy valued the agricultural collective above all other forms of work, and didn’t require the educationally qualified, who were weeded out. If they survived in farm slavery they were among the lucky ones. The cities were emptied, and everyone had to work for the greater good of the state on a near starvation diet. Even the most conservative estimates consider ten percent of the population died or were murdered, and some statistics rank the total as high as a sixth of the population. Children were removed from parents to be state educated, and adults had to go through nightly evaluation sessions after their twelve hour working day.

Tien Viesna was born days after the Khmer Rough assumed power, and in Year of the Rabbit he tells his family’s story during those times over 24 chapters, beginning on the day the Khmer Rouge take over. Ironically, on that day his doctor father’s profession spared him, but the new reality rapidly replaces the old and the family join the exodus to the country as instructed. Viesna’s storytelling is very distanced, perhaps the only way it can be as what he’s drawing is so personal. The title is a clever reference, equating the Chinese astrological year of 1975 with a population cowed and randomly victimised.

It’s difficult to reach a conclusion on whether Viesna’s art is ideal for his story or whether it holds Year of the Rabbit back. Viesna has limitations, one being that he’s not great at defining individuals, his is a very large family, and historical accuracy means everyone’s clothes are similar. The front of the book’s illustrated family tree needs frequent consultation. Yet a joy of reading is that it’s there, and so are a succession of glorious chapter opening illustrations from maps to explanations. Just as the writing is matter of fact, so is the drawing. The violence is never explicit or voyeuristic, but hinted at, not least by a carefully cultivated, constant undercurrent of threat, narratively reflecting that of the time and place. Several chapters end with executions seen from a distance, and Viesna’s able to show much while saying nothing.

In places the dogma is so ridiculous it almost induces laughter, yet people died for the transgression of knowing how to speak French – France occupied Cambodia until 1953 – or for growing their own tomatoes. While the entire middle segment is set on a farming collective, Viesna extends the narrative to the dying days of the Khmer Rouge. Their successes led them to provoke neighbouring Vietnam, who invaded easily in 1979, the Khmer Rouge lacking enough fighting men, partly due to internal purges rooting out the ideologically suspect equating to around a fifth of all murders during 1975-1979. Viesna’s final chapters show a country in chaos and his family’s attempts to escape it, a massive weight lifted, yet replaced with further uncertainty.

Entirely coincidental is Year of the Rabbit’s English language release coming in 2020 when the entire world fears an unseen, random enemy. It’s straining the connection to draw close parallels, but gives greater insight into the lack of any certainty endured by Viesna’s cast. Theirs are experiences none of us would want to live through, and Viesna adapting them supplies a small dose of immortality. It’s no fair return.