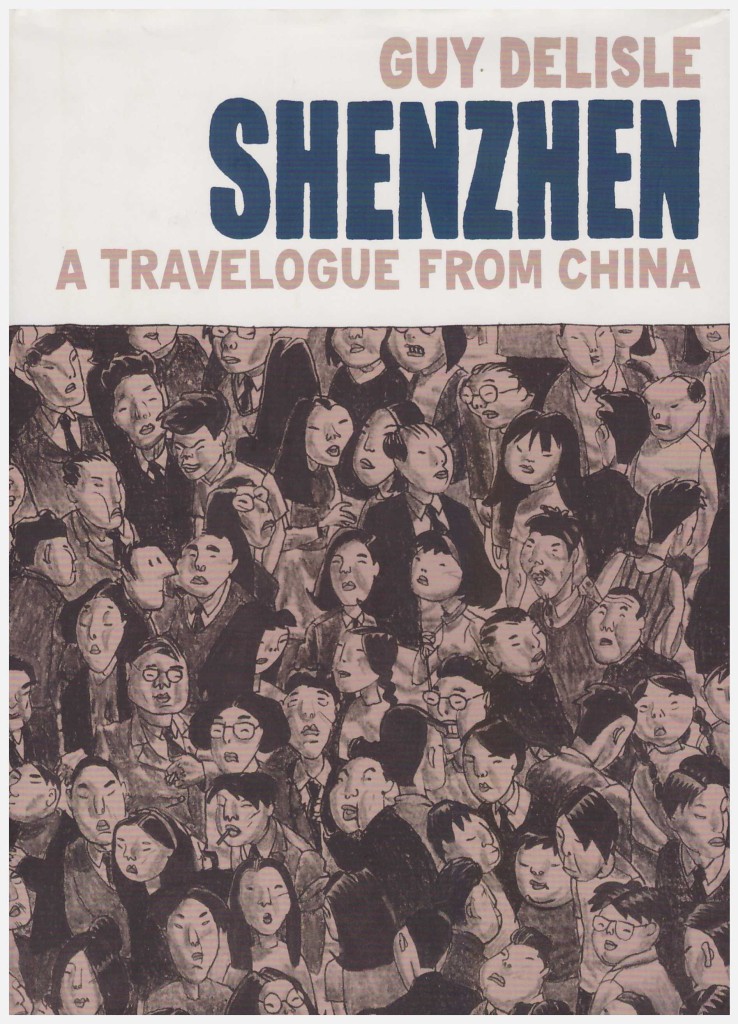 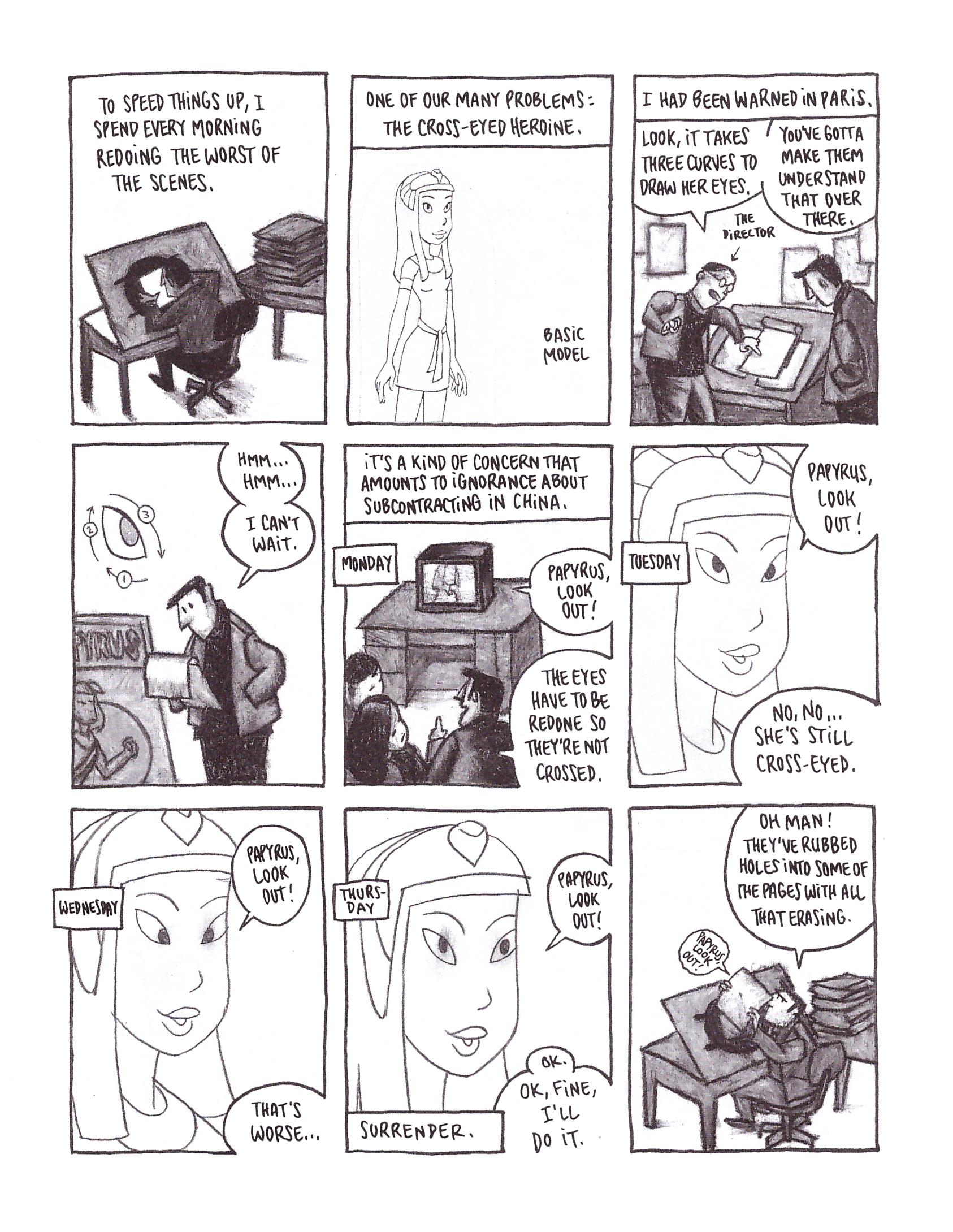 This is the first of Guy Delisle’s very accomplished and highly acclaimed travelogues. He doesn’t consider his work reportage, yet he records his impressions of the places he visits, notes the less alluring elements of the societies, and ends up in areas where people are either repressed or involved in continual conflict.

Delisle’s visit to China was in his position as a supervisor for an animation studio, and the country he visited was far less open to foreigners than today; the era in which Hong Kong had just been returned after Britain’s 100 year lease expired. It meant his experience was partially that of someone taking a peek behind the curtain. As would be the case with his following travel memoirs, Delisle makes his points in subtle fashion, rather than hammering them home. There’ll be an observation that the dancers hired for an opening of a KFC branch move in a military fashion, or an illustration showing posters of people’s faces glued to a wall. They’re criminals the police have caught, and those with a red cross over their face have been executed.

Two distinctions separate Shenzhen from Deslile’s later travel books. Firstly, more than Pyongyang, or Burma Chronicles, he imparts a sense of ennui, of wishing his three month stay was over, although enjoys the food, including many items we’d never think to eat in the West. He also illuminates as to the intricacies and frustrations of his work, of how he’ll explain again and again what’s required, yet what’s supplied never matches requirements. He’s also acutely aware that his translator isn’t accurately reporting what’s said to him. At one point following a long lecture about how the eyes need to be drawn in a certain fashion there’s prolonged laughter from one animator who then comments in Mandarin. This is translated as “Uh… He’ll try to do better next time.”

The art here lacks the precision of Delisle’s later work, although still provides the full complement of detail and expression. There’s an urgency about it, and the dark grey wash adds a universal grubbiness, perhaps reflective of his surroundings.

To say this is the weakest of Delisle’s four recollections of his trips abroad, which it is, isn’t really being fair. It’s tremendously entertaining, and provides a glimpse of a time now passed, and as a debut work it’s very good indeed. We expect all new creators to progress, and Delisle has.