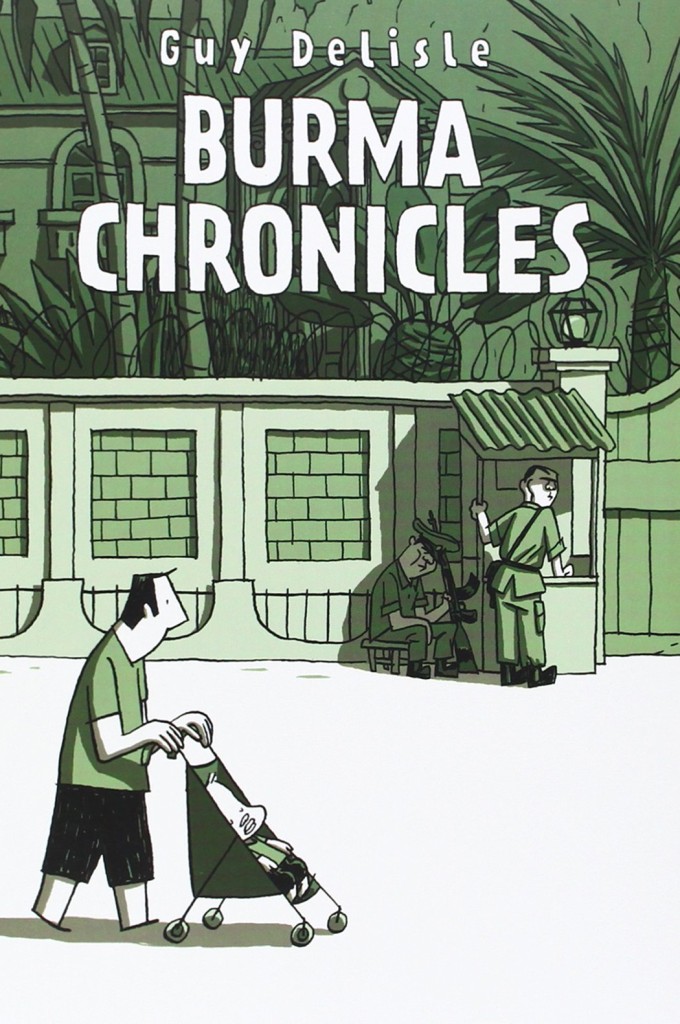 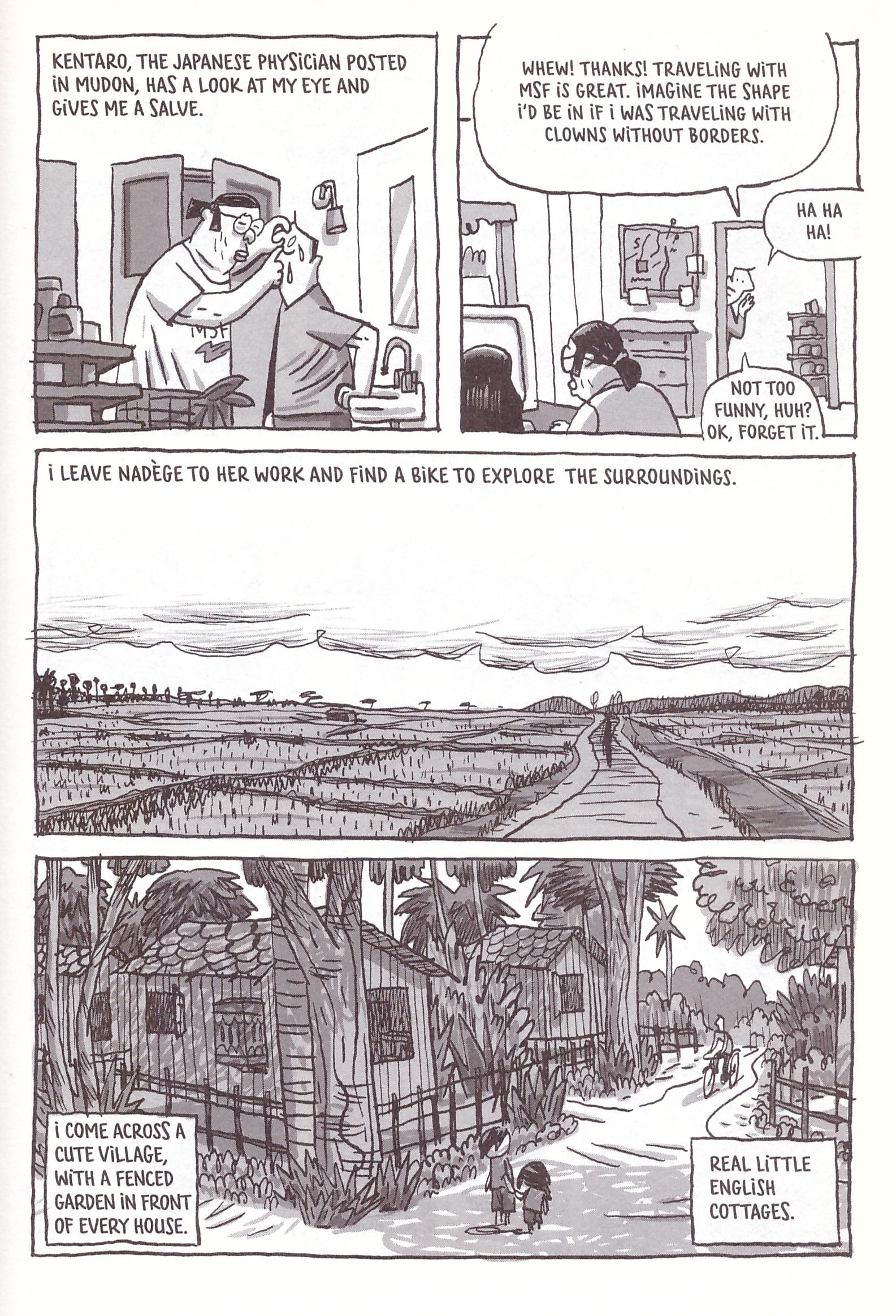 Cartoonist Guy Delisle continues his tour of the planet’s least desirable regimes with a trip to Burma (or Myanmar, depending on your level of intransigence). His visit to North Korea detailed in Pyongyang resulted from his employment in animation, but the stay in Burma is prompted by his wife Nadège’s administrative post with charity Médecins Sans Frontières. This leaves Delisle plenty of time to wander around, where permitted, accompanied by his infant son, amusingly depicted as a potato-headed lump.

As with North Korea, Delisle acknowledges the vast human failings of the regime, but doesn’t ever descend into the self-scourging Westerner’s guilt that would severely diminish any commercial proposition. Instead he pulls back the underlay by observation and experience, inserting the occasional fact to bolster an opinion. Life in Rangoon, initially the capital city, is reduced to brief vignettes of between one and six pages, each accorded a single topic.

His observation is generally optimistic and good-natured, taking care to distinguish between ordinary people and their regime, a place that few of us will ever visit under current conditions. He relates some remarkable stories, but Delisle’s primary motivation is curiosity about lives within other cultures, so he’s just as likely to be fascinated by a method of catching eels.

A variance of emotional mood is a great strength. Recollections of everyday life for visitors contrasts that of citizens. While Delisle is delighted to discover poptarts in the American embassy store, residents awake one morning to discover all foreign DVDs have been removed from the shelves overnight following a junta decree. Later in the year government workers are given 24 hours notice that the nation’s capital is to move several hundred miles North. Rangoon is considered too vulnerable to attack from the sea, and any government worker refusing to make the move will be jailed.

One of few exceptions to the policy of rapid, short chapters, is Delisle’s visit to the Médecins Sans Frontières base at Kawka Reik. An overnight trip features a succession of checkpoints throughout the night that almost double the journey time, and a subsequent bus has tarpaulin covering the windows to prevent anyone viewing outside. Unfortunately illness blights his trip, the highlight of which is therefore the sight of fire engines dating back to the World War II occupation by Japan.

Regretably, very little appears to have changed in Burma since 2005. As was the case with Pyongyang, these recollections remain an accurate representation of the culture and oppression.

A compliment to Helge Dascher’s intuitive translation is that it never for a moment occurs that one is reading a work originally published in anything other than English.