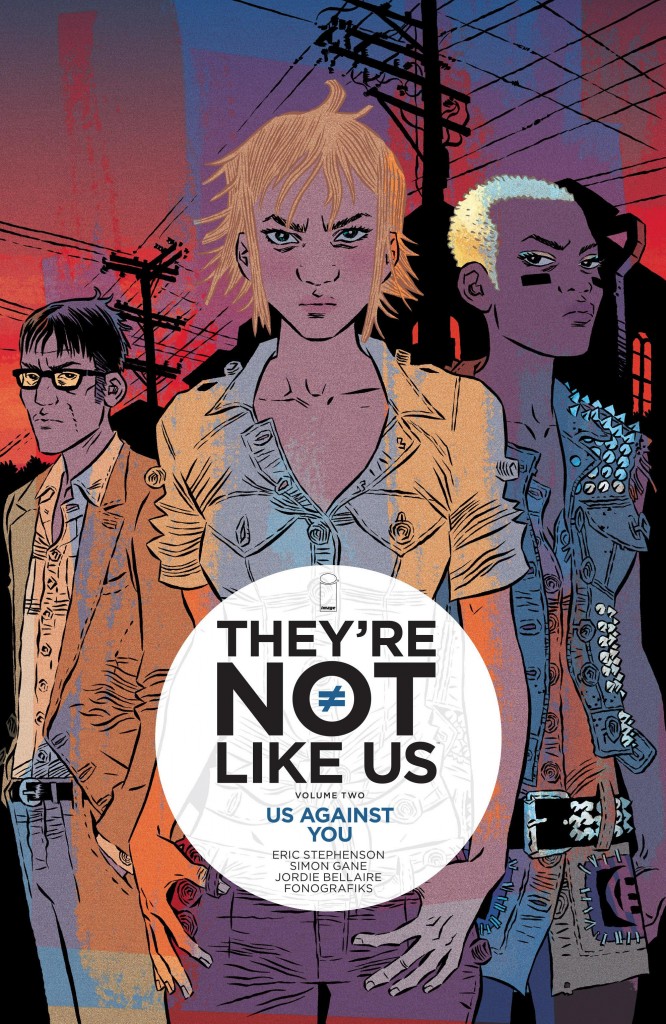 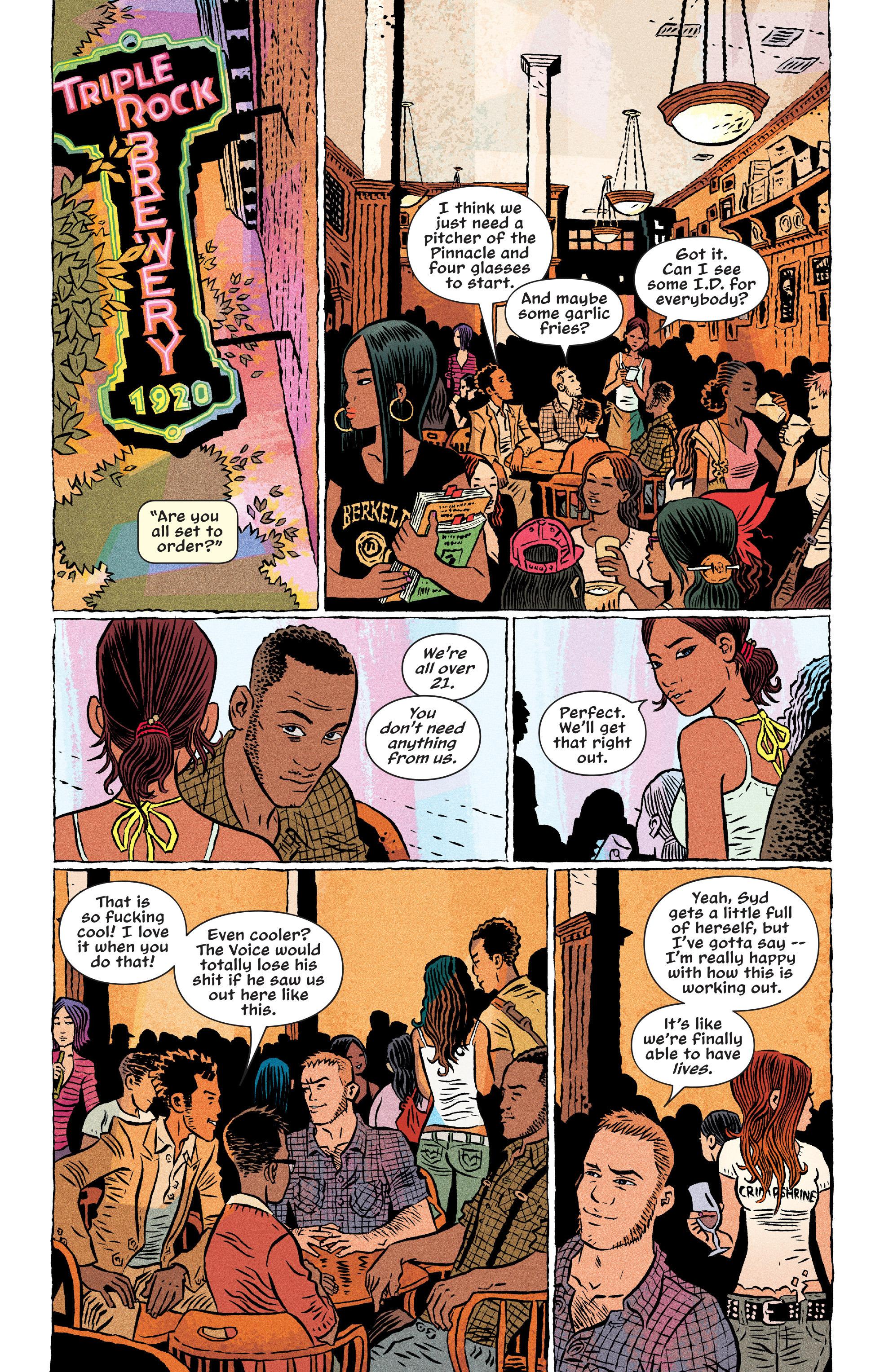 Black Holes for the Young introduced an interesting cast of teenagers with super powers, lacking qualms about using those powers for their own purposes and advancement, and if that involved mugging and attacking others, so be it. Their community was led by the Voice, a controlling and mysterious presence. Much had changed by the end of the book, and Us Against You opens with the cast now aware of their backgrounds and who they are.

For writer Eric Stephenson the super powers were a means to an end in the opening volume, a method of examining a community of alienated youngsters in isolation, and that’s the way he continues. The major threat is seemingly in the past, replaced by a more natural human consideration as the authorities take an interest, after which an unknown threat emerges. The generation we saw in the opening volume weren’t the first to have been helped, and someone turns up with what on the face of it is an appealing offer.

While the melodrama of teenagers exploring the world extends onward, the theme of Us Against You isn’t as confrontational as it suggests. It’s about contrast, both with the previous volume and the survivors of those events, as the group are tracked down by others, and this time they’re the victims. The way Stephenson manipulates his cast and the readers along with them is impressive, but it wouldn’t hit those heights without Simon Gane, whose loose expressiveness provides a brilliant visual characterisation. He has an intuitive talent for this, posture and expression combining to inform almost as much as the dialogue. Stephenson’s good with that. While hardly limping toward the grave, neither is he a spring chicken, and imparting the authentic voice of teenage rebellion is a double edged sword. Pepper the dialogue with authentic vocabulary and speech patterns and it’ll alienate a considerable number of readers as well as dating rapidly, but don’t do that and there’s a missing element, and Stephenson’s own educated voice occasionally slips through.

When all is said and done, They’re Not Like Us is closest in tone to a soap opera, which isn’t a pejorative comment. Stephenson and Gane manipulate emotions, relationships and allegiances as much as any of their cast, and it’s very easy to become caught up in what they’re doing. There’s the additional undercurrent of mental abilities providing a constantly fluid state of affairs. We’ve seen what assorted telepaths can achieve, and this feeds an instability to the series. As Us Against You closes, what we’re seeing could be the genuine version of events, or it could be entirely something placed in Tabitha’s head. Or someone else’s for that matter. It’s a strong and engaging delusion that pulls us into A Secret Society.