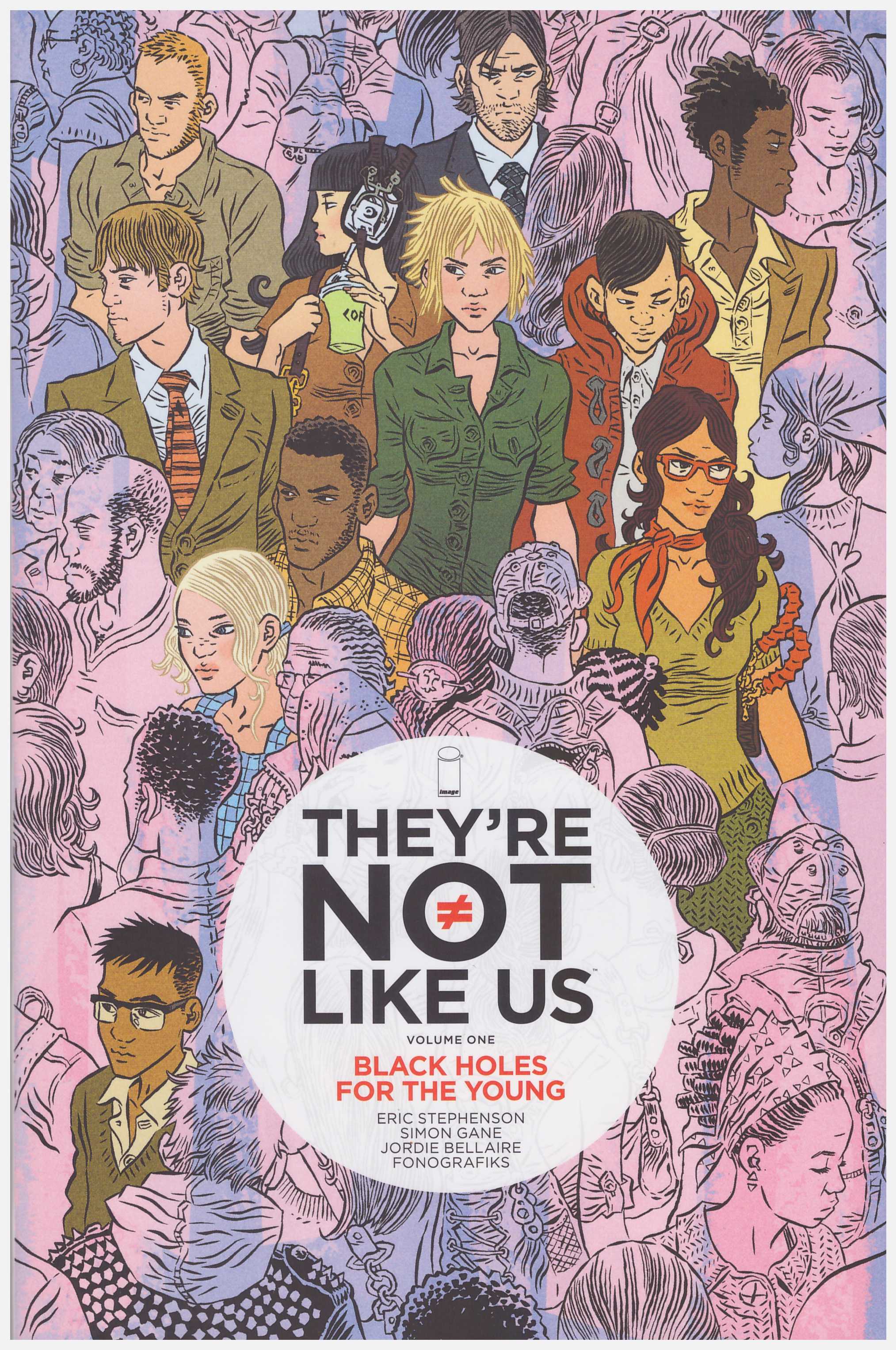 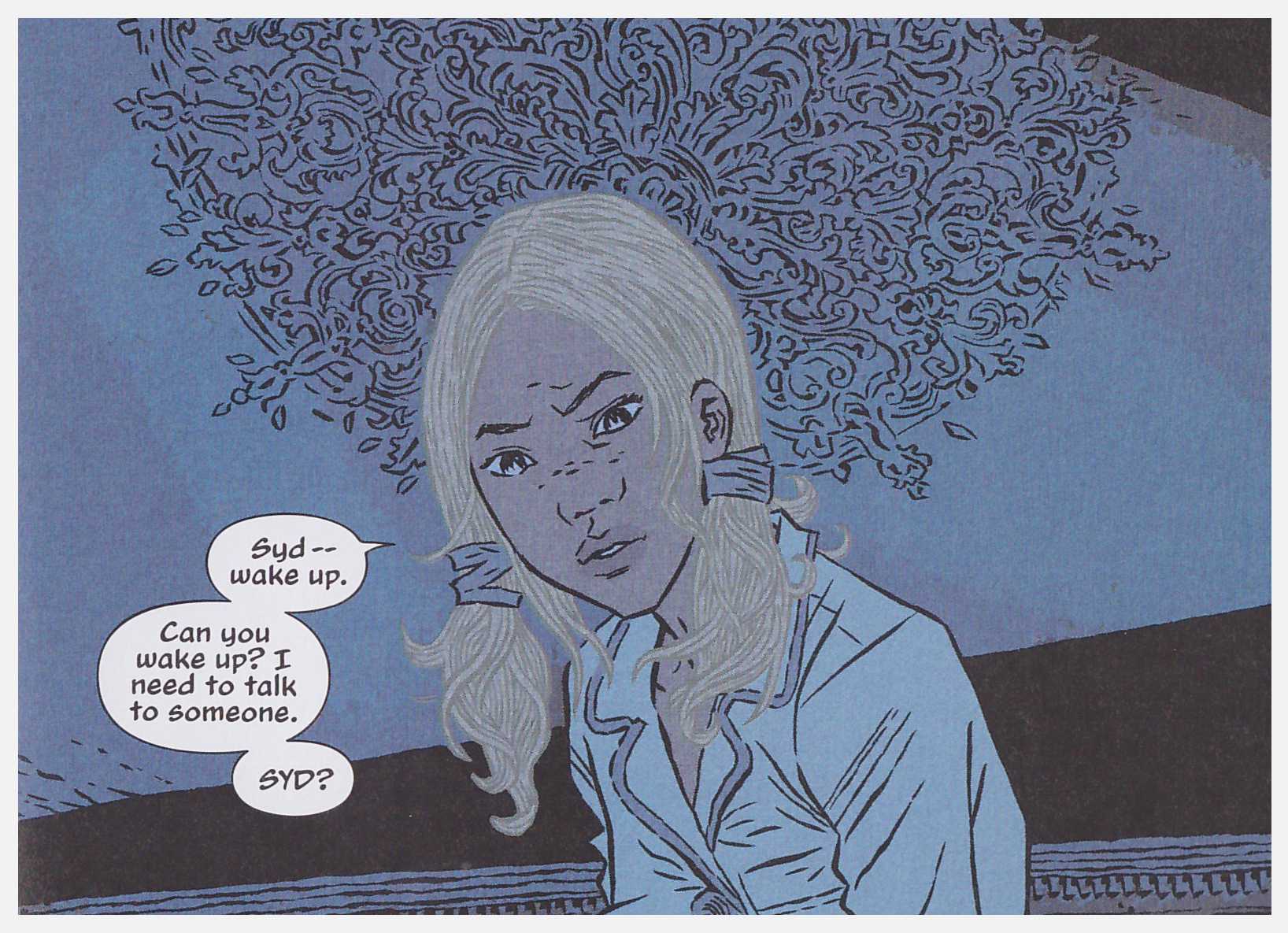 This is quite the disturbing introduction to a new series. For those well versed in comics it might be described as a proffering a spotlight on the way Magneto and his original Brotherhood of Evil Mutants might be if in the Big Brother house.

Throughout her life the woman we know only as Syd for most of the book has been plagued by hearing voices. It’s left her hospitalised by parents who consider her sanity at stake, medicated, and now on the verge of flinging herself off the roof. When it’s revealed to her that she is in fact telepathic, and needs to hone her abilities a lot of her past falls into place.

The person supplying this information calls himself the Voice. Himself a telepath of some skill, he’s gathered half a dozen others with similarly troubled backgrounds and forms of super-power to a large mansion where they all live. The Voice, though, maintains rigid rules, and some of these are repellent. Syd is further appalled by an apparent attitude that might is right. Maisie, the clairvoyant in residence, assures Syd that she’s foreseen that her place is among them, and however she may feel initially, she will remain with them.

Over the following chapters Eric Stephenson gradually makes existence within the household more alluring, as Syd begins to control her power rather than having it control her. There are various forms of seduction in play with an over-riding moral ambivalence, and Stephenson’s script is skilfully delivered as a form of construction and deconstruction over six chapters.

The focus is primarily on Syd and the Voice, although several other cast members are revealed to varying degrees. Some, though, remain largely ciphers for later exploration. If there’s a minor problem, it’s perhaps the shoehorning in of lyrics from English rock stars of the 1980s and 1990s (and the somewhat incongruous Kim Philby). It comes over as straining that bit too hard, but as these are only chapter separators intended to underline the content, they can be overlooked. If there’s a more troublesome aspect, it’s that this is very much a story about saying rather than doing, and a little more variety is required.

Although a series about people with super powers, most fall into the mental category, so even when these are employed in public, there are few conventional action scenes. It’s to Simon Gane’s credit that he varies his illustrative techniques to deliver an awful lot of talking without the book ever appearing static or dull. Sometimes related events are shown in flashback, other times dreams or illusions are presented. Gane’s storytelling skills have always been first rate within a style that’s quirky expressionism. There’s a touch of Paul Pope, and that can never be a bad thing.

Much has been explained by the conclusion, and much has changed. Bring on volume two, Us Against You. 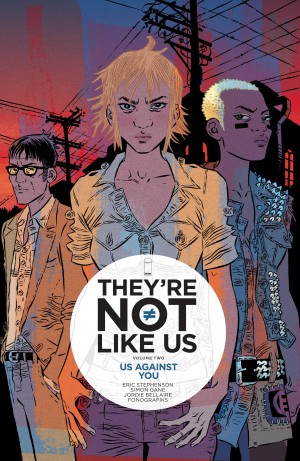 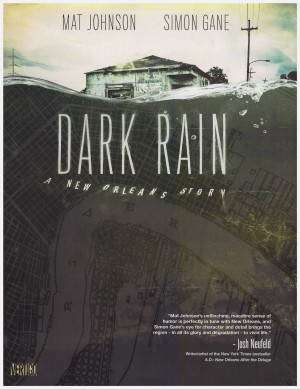