The World of Chub Chub! 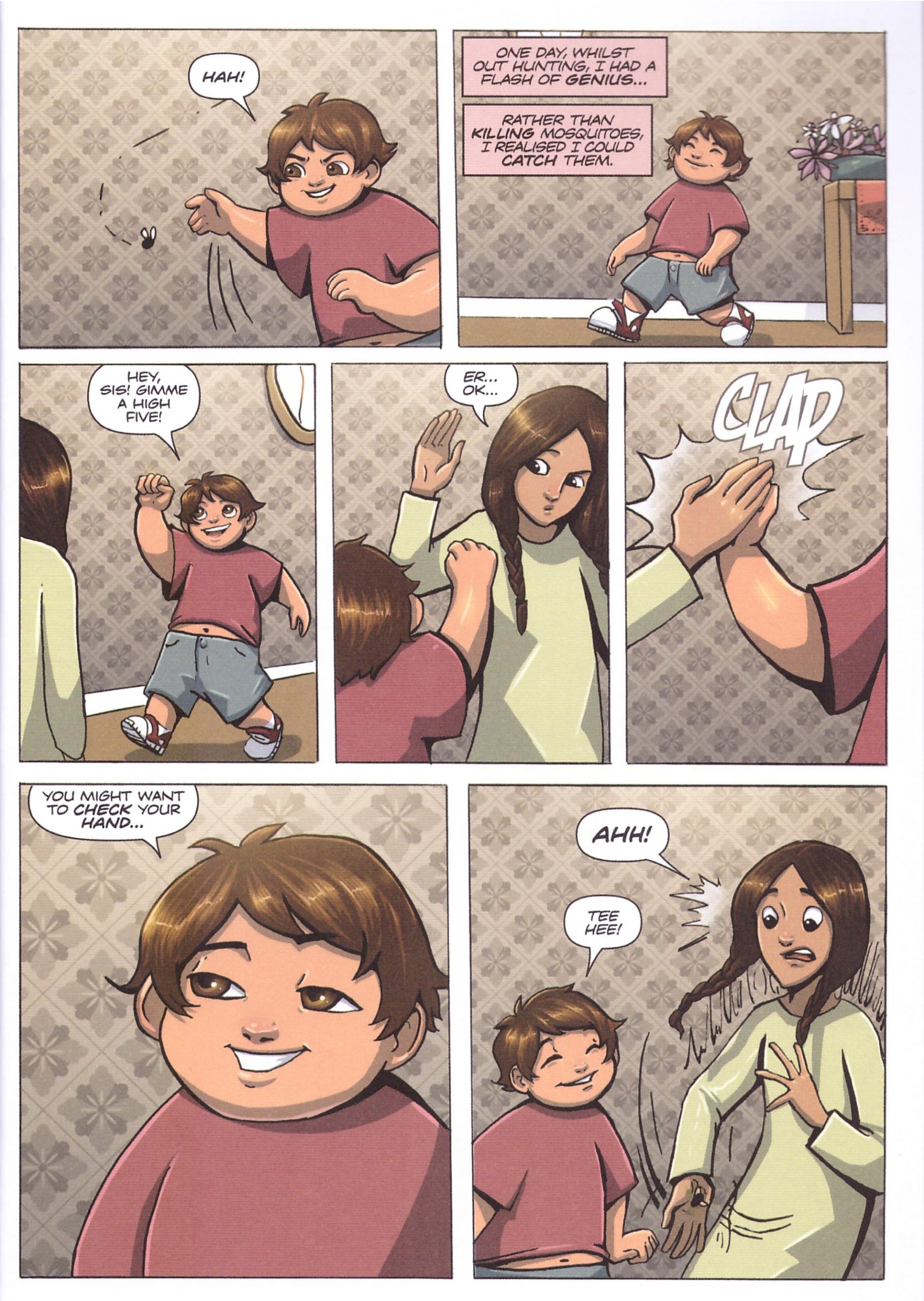 A good writer is a good writer, and they can adapt to different forms. Neil Gibson is best known for his character-based horror and crime stories as showcased in Twisted Dark, but his recollections of childhood incidents are equally well constructed. Gibson refers to himself as a bit of a handful, but on the basis of these stories he was a smart kid able to think his way around problems, but not to the point where he could outwit his mother or older sister. It’s important to note that while these are tales of mess and mischief, the younger Gibson, presented as Chub Chub, was basically a good natured and well meaning kid. At least as he reveals himself here.

These are largely gentle recollections, some more universal than specific to Gibson’s family, but their inclusion comes as a bundle because The World of Chub Chub! was originally prepared as a gift for Gibson’s mother, which was very thoughtful.

The art is credited to Ness, who keeps things simple, creating an enclosed world where little more than figures and basic furnishings are necessary. Chub Chub needs to be happy during most activities, and Ness provides a cheery child throughout. The digitised wallpaper is intrusive when seen in large blocks, and in a couple of places there’s a problem with depth, once when Chub Chub’s knees appear to be being burned by candles, but generally the art supplies the charm to the narrative. One story moves beyond recollection, incorporating a fantasy element, and Ness creates a scurvy bunch of rogues to populate it.

Gibson’s tales always have intelligence, and nice aspect here is each short story beginning with a few interesting facts about coffee, staplers or tickling, subjects relevant to what follows. Who knew a whale’s heart weighs as much as a car? Apart from Gibson, Stephen Fry and the folk at National Geographic.

While funny and certainly a selection of activities and feelings children can relate to, this isn’t quite the all-ages collection it might have been as it’s layered by Gibson’s narrative voice from the present day, contextualising. Older readers might hear the echo of John-Boy Walton. Otherwise one imagines these are the types of stories most kids troubled their parents with.