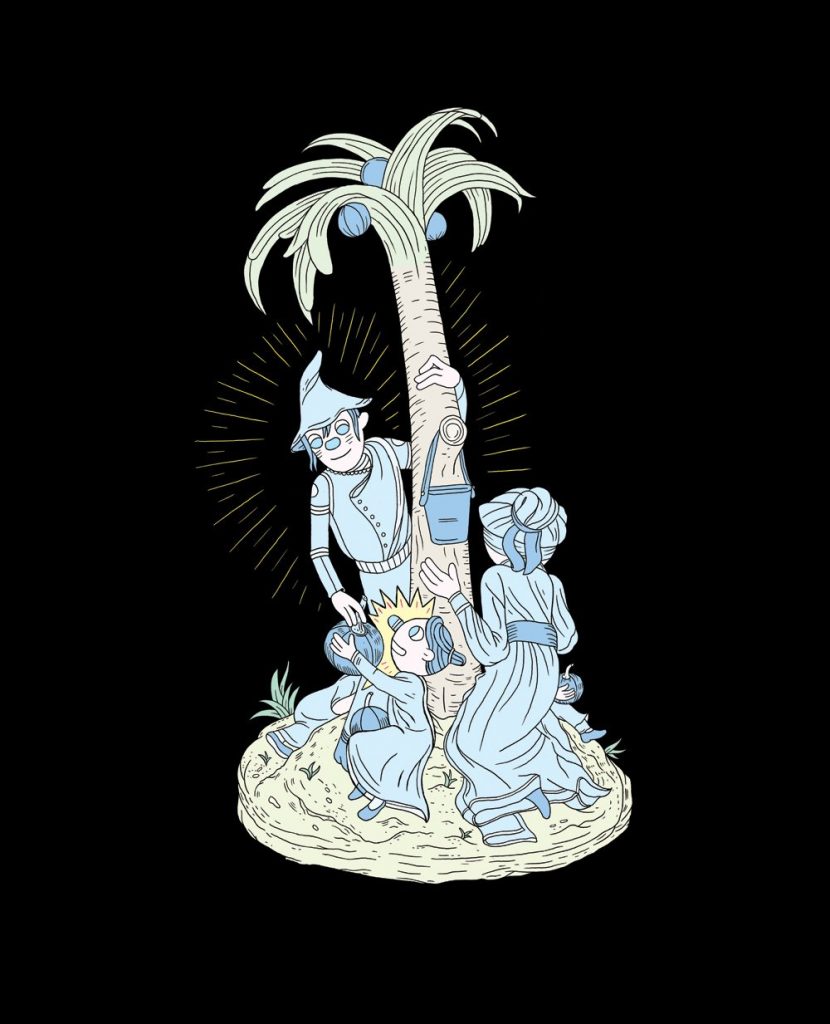 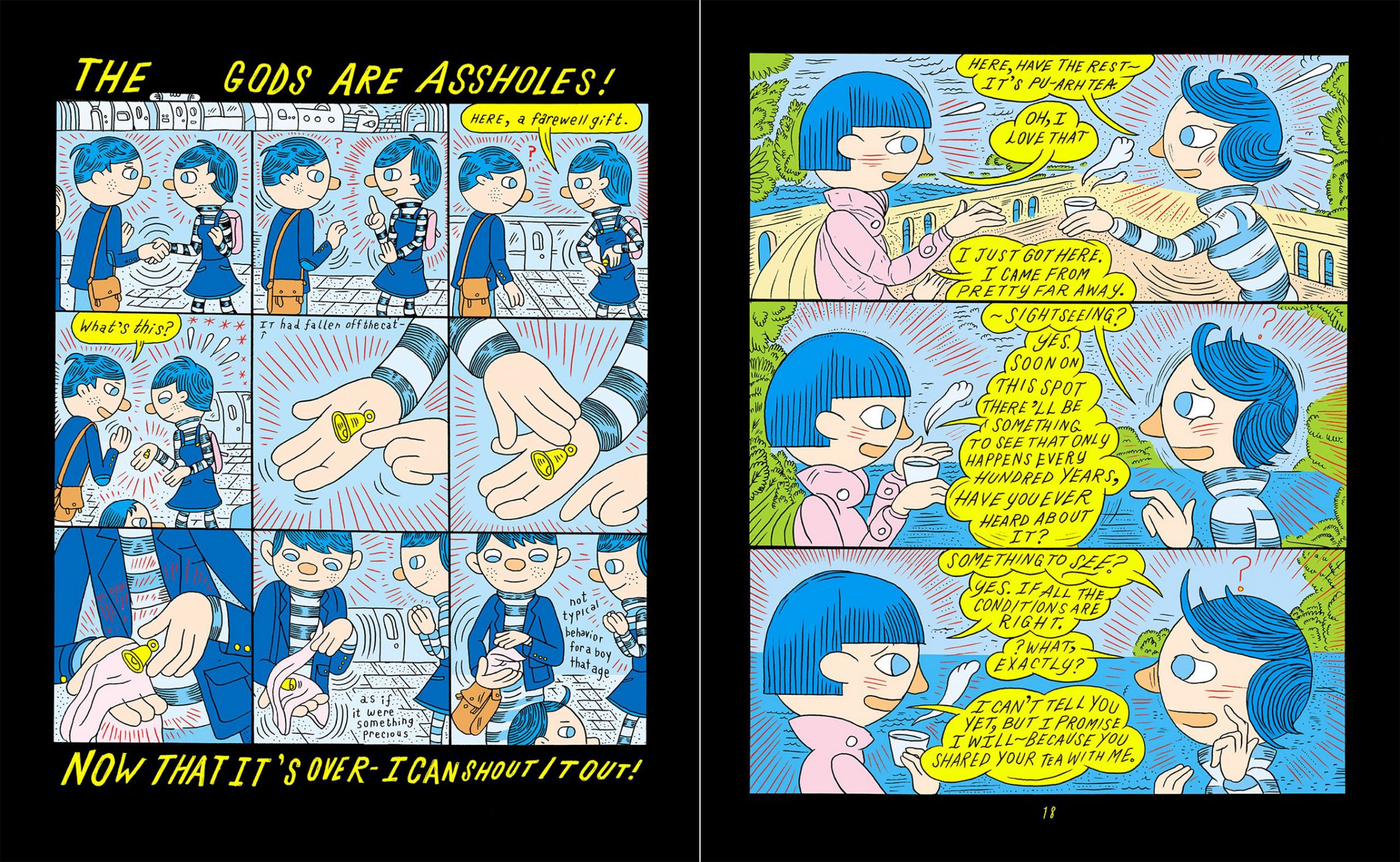 The cover of The Weaver Festival Phenomenon with its five characters arranged around a tree in a frozen tableau, isolated in a sea of black is strikingly unlike Ron Regé Jr.’s other work. Usually, no matter how dense his lines and patterns are, the overall page impression is of light, and movement, with the whiteness of the paper coming through. There is none of his intricate floating lettering either. Just the image. When you flip the book over, rather than an explanatory blurb there is another drawing: the other side of the tableau, showing us the characters who we could only partially see before, plus one more not visible in the frontal view. The careful, precise composition reinforces the sense of a static sculpture being presented for inspection.

The distant, museum catalogue feel of the book intensifies inside, with all-black pages framing the panels. As soon as the story begins, the first character we meet is grieving a sudden bereavement, and the blackness immediately makes sense. Satsuki, a young woman living in Tokyo, has lost her boyfriend Hitoshi in a car crash, but she feels his presence intensely, everywhere. Her only solace comes in sharing memories of Hitoshi with Hiiragi, his brother. Hiiragi has been working through his own anguish at the death of a girl he loved and his unconventional coping strategies are perhaps as unsustainable as hers. A chance encounter may help Satsuki move on to another stage in her life, but how trustworthy is the woman who offers it?

The Weaver Festival Phenomenon continues Rege Jr.’s interest in creating a visual language to depict extreme emotional states and the epiphenomena that people experience while living through them. This usually takes the form of geometric patterns and shapes, and intense arrangements of radiating lines in closely packed, ornamented compositions. His pages often seem to share a common feeling with medieval religious paintings in their coded, allusive marks and symbols representing ecstatic feeling and transformation.

This is a new edition of a book originally self-published in 2018. Based on the short story ‘Moonlight Shadow’ by Japanese author Banana Yoshimoto, this intense distillation of many of Regé Jr.’s recurring themes into a kind of modern gothic romance is his most accessible work yet. If you want to see how the standard tools of comics can be applied in a genuinely radical and alternative mode of storytelling, start here. 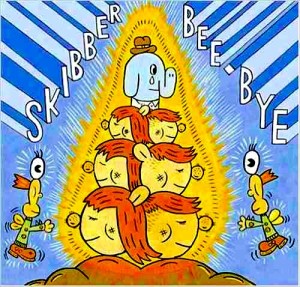