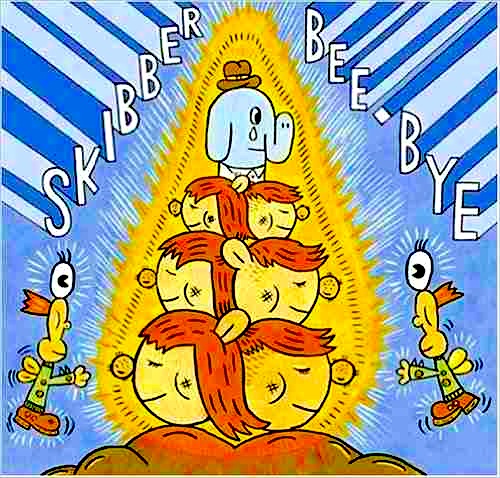 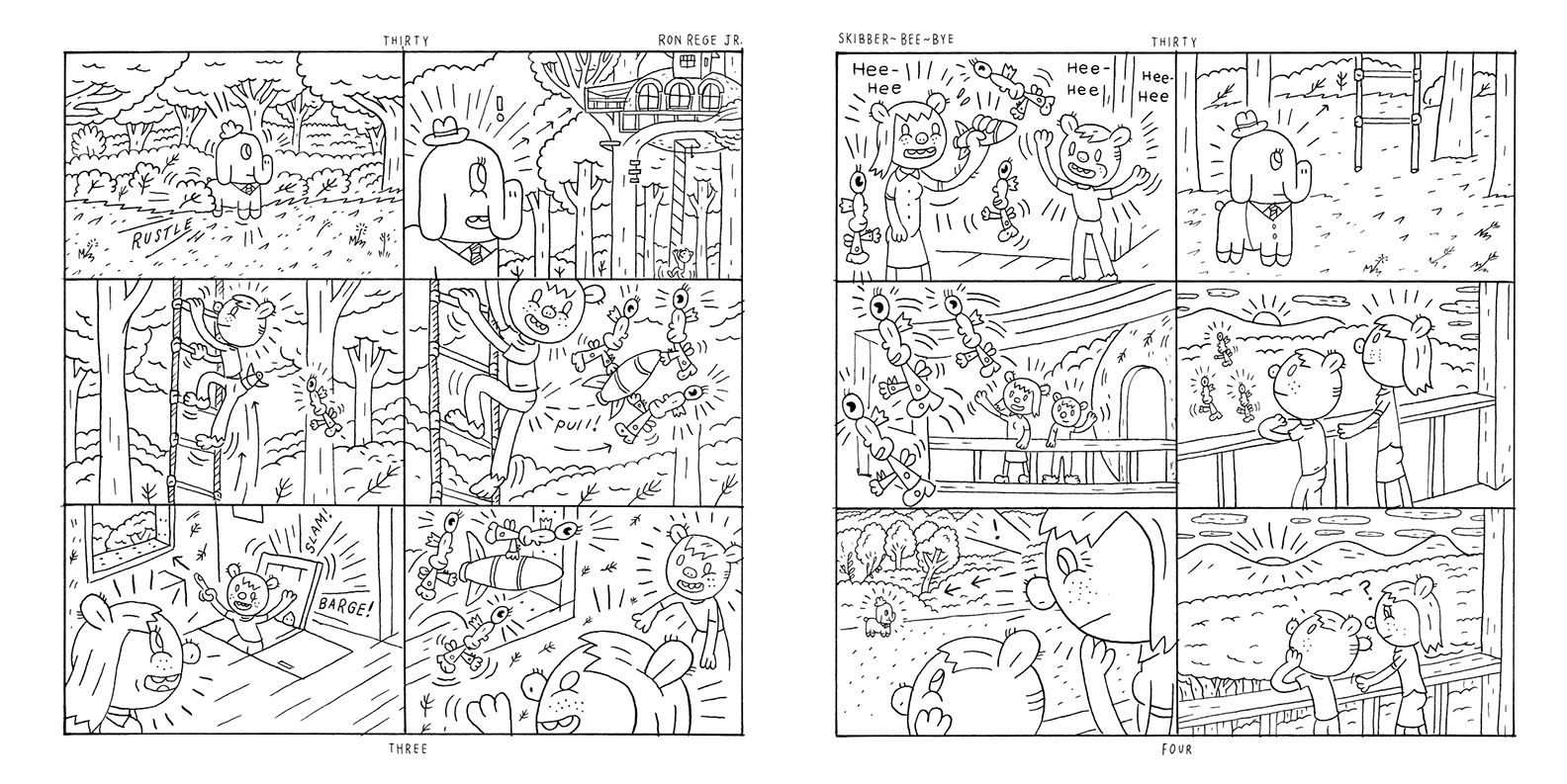 Skibber Bee-Bye is a small square book, about the same size as a seven inch vinyl single but at 256 pages considerably wider. It is the story of three characters who live in a semi-rural community, two of them a brother and sister who share a house together, and the third a small elephant who wears a suit and hat.

There is something diagrammatic about the way that Ron Regé, Jr’s drawings are composed, perhaps to do with the way that he uses a simple line that has no variation in weight to make complex graphic shapes. Combined with an absence of black areas, his information-dense pictures with no differentiation between foreground and background are sometimes hard to decipher. The images are so attractive that you don’t mind trying to figure out what you’re looking at: the world of Skibber Bee-Bye and the characters who inhabit it all have a charming, off-key storybook quality to them reminiscent of something like Adventure Time, and like that show the seemingly naive style draws you in and lowers your defences to clobber you with an emotional force you weren’t expecting.

None of the three protagonists in this story speak much; the brother and sister communicate with each other non-verbally and the elephant, despite his human-style clothing is definitely an elephant, so a lot of this book is silent and the reader has to pay attention to visual clues to pick up what the three of them want from each other. The journey that unfolds in Skibber Bee-Bye is solidly plotted and resolved if you have the patience to stick with what can seem like a bunch of random happenings, misunderstandings and surprisingly harrowing events that would be total nightmare fuel if not for Regé, Jr’s drawing taking the edge off them.

If you enjoyed this book, or if you’d like to try Regé, Jr’s shorter pieces before you tackle this long story, then the collection Against Pain is an excellent starting point, presenting 70 short stories in a large hardcover. 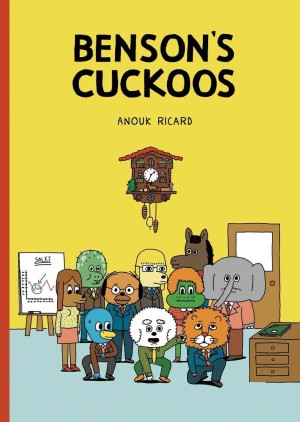