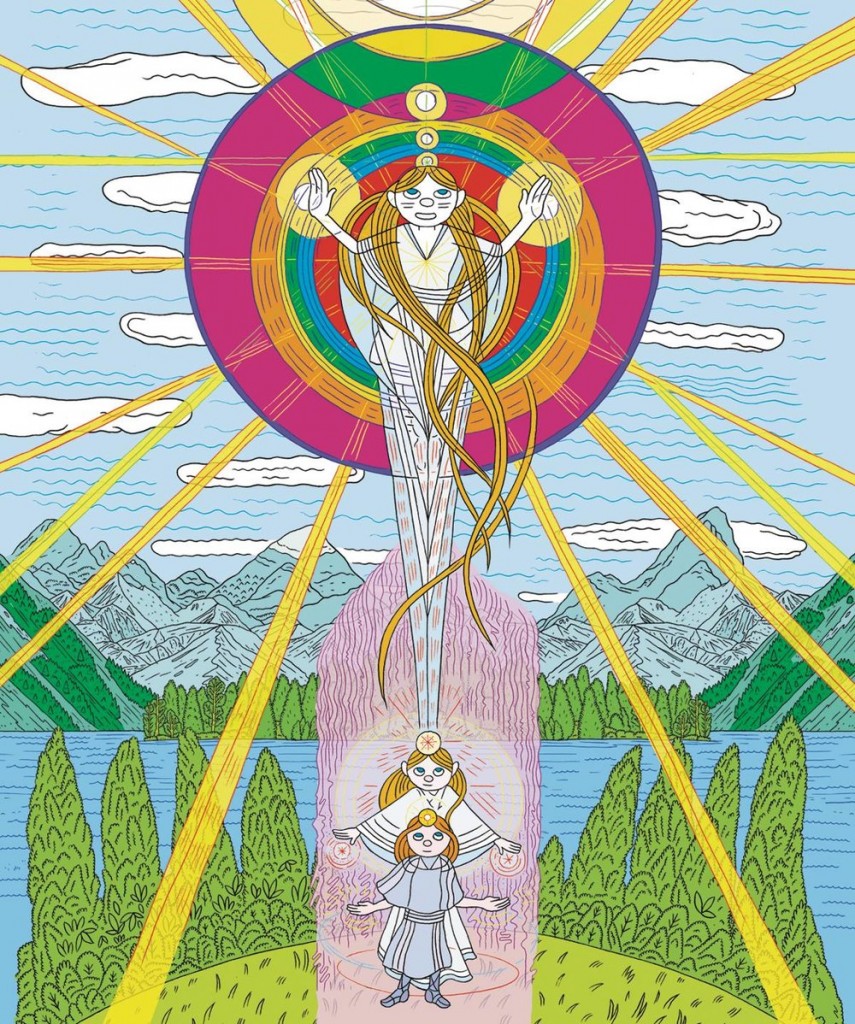 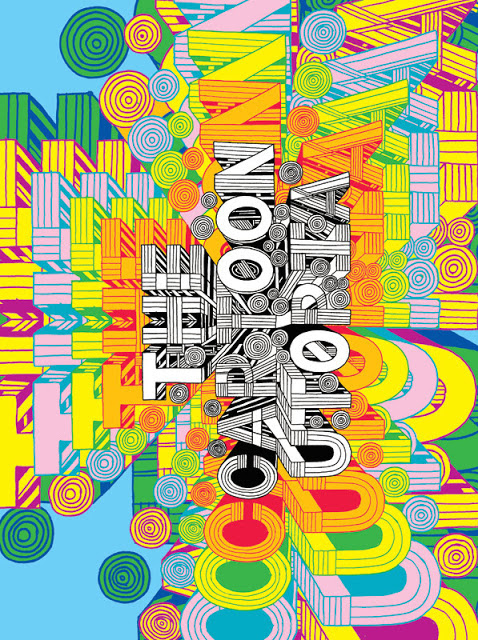 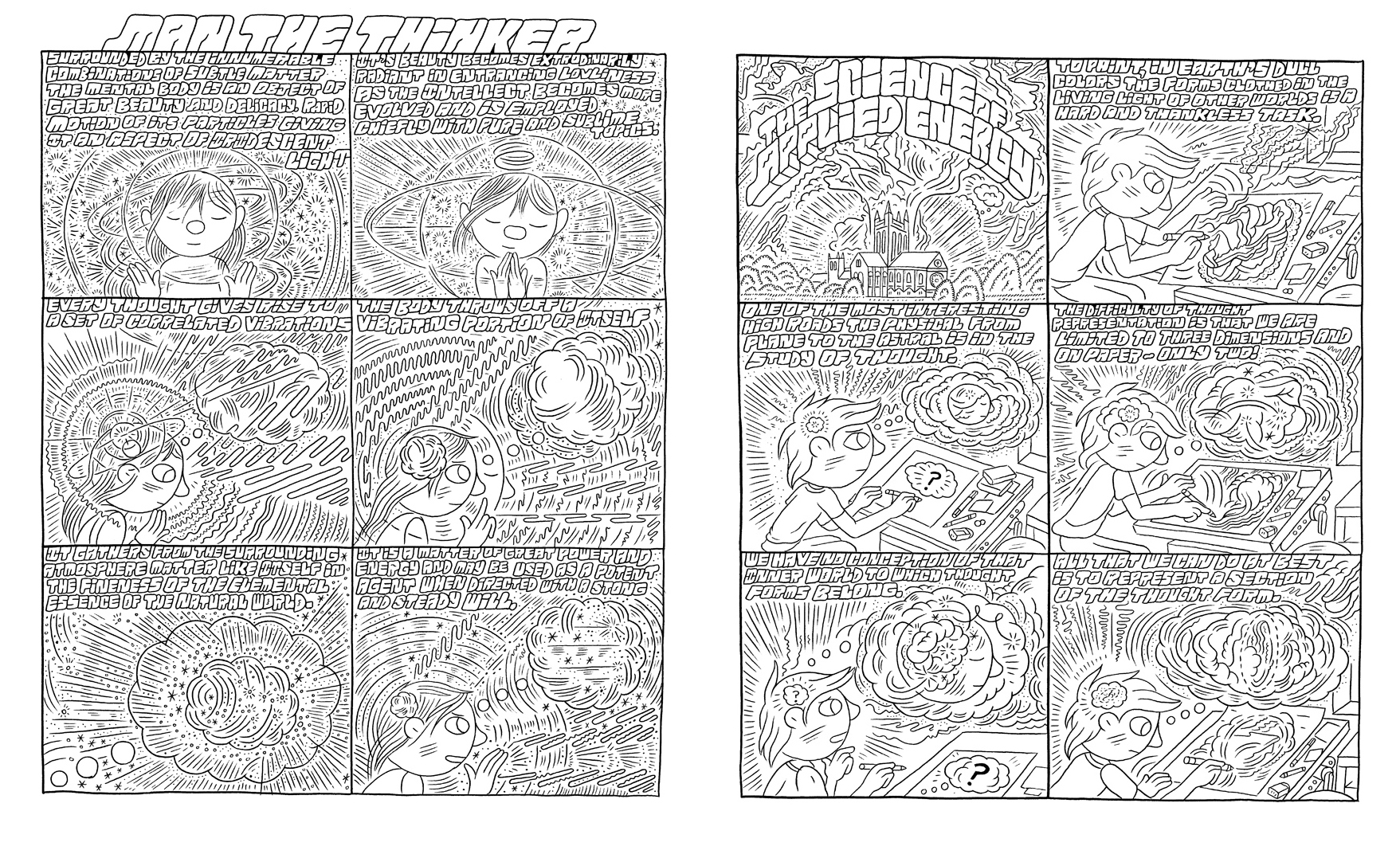 Ron Regé, Jr. has always had a strong philosophical, idealistic basis to his work, exploring how people relate to each other and the world around them. His constant questioning, searching for meaning has led him to investigate different schools of spiritual, scientific, theological thinking and the result is The Cartoon Utopia. This 144-page softcover book collects strips made between 2006 and 2012, presented in big black and white oversized pages on coated paper for a very crisp visual effect. It opens with an introduction from Maja D’Aoust, a practising witch, astrologer, and spiritual teacher who enacts rituals and readings (tarot, I Ching, astrology) in Los Angeles and performs as the Oracle, standing before audiences and answering any question the crowd cares to put to her. Regé attended her ‘Magic School’ lectures on alchemy and shamanism:

“…we saw the things we were talking about – they were real in the world for us. This lifted the words from the pages of books and placed them into vessels moving around that we could work with, that we could make into things … so, as you read the concepts contained within the passages of this tremendous work of art, take care, for the utterance of the magic words and their penetration into your eyeballs shall bring the magic to your life as well, and surround your heart – above, below and always.”

Get the picture? That intro is a pretty fair summation of the style of this book so if that gives you the heebie-jeebies, just walk away and nobody need ever know. If you keep reading you’ll see the complex imagery Regé fills the pages with has a rhythmic density and energy that looks like Jack Kirby cosmic textures combined with the sculptural forms of Eduardo Paolozzi, and the graphics are strikingly enjoyable just in themselves as dynamic expressive patterns. The textural content is mostly quotes from a wide range of thinkers, visionaries and mystics including Henry Miller, C G Jung, Alan Watts, Madame Blavatsky and William Blake. There are different styles and tones running through this collection, but the amount of intense philosophical inquiry here makes this a difficult book to consume in one sitting. There are some lighter passages where Regé presents amusing gag-style comics including true stories from the adventures of jazz giant Sun Ra. In one strip he awakens a woman from a years-long catatonic trance in a Chicago mental hospital by playing the piano. “DO YOU CALL THAT MUSIC?” She shouts at him. “Sonny was very pleased,” the last caption reads.

If you should be inspired to delve more deeply into the world of esoterica unveiled here, there is an extensive reading list at the back of the book. The Cartoon Utopia is a mighty tome of outsider art that gets a little preachy in places, but is entertainingly inventive with it for anyone prepared to engage with its divine auguries. There is more spiritual prognostication from Regé, Jr in the smaller and equally intense What Parsifal Saw.