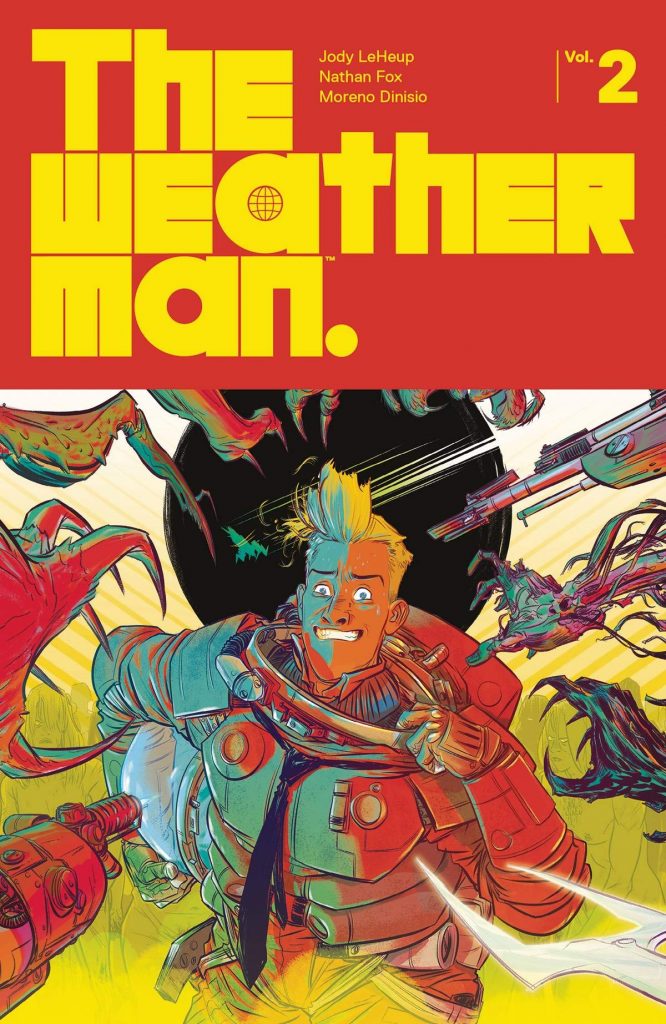 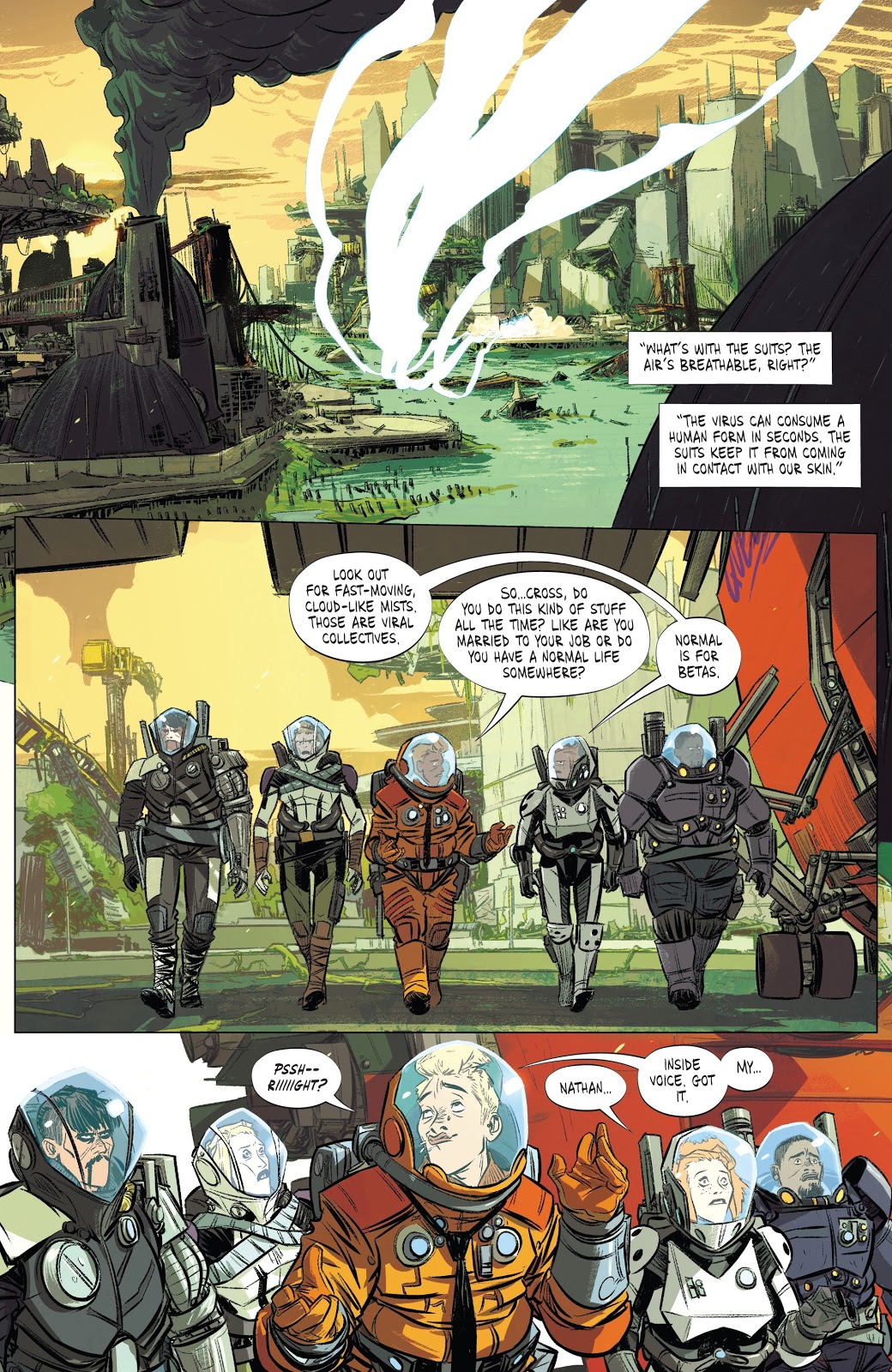 Enjoying a sometimes chaotic life as a local TV weatherman, no-one is more surprised that Nathan Bright when he’s accused of being responsible for the greatest single terrorist atrocity Earth has ever known. Billions died when terrorist Ian Black committed genocide. By the end of Vol. 1 it seemed as if Nathan actually was once Ian Black, the technology of 2770 enabling Black to wipe his own mind and create a new personality. He’s now wanted by the entire galaxy, but protected by agent Amanda Cross who’s determined to restore his previous personality and see him stand trial. Nathan isn’t keen on that last bit, but doing that might stop the terrorists repeating their atrocity on other planets.

Jody LeHeup and Nathan Fox take that dangling plot and continue to expand the world of the future, introducing more eccentric personalities and grimly exploited technology. They’re very good at extrapolating a continuing escalation of both science and politics out of control, the options continually narrowing and never in a good way. Fox sells that well, drawing such great scenery and creatures that it’s easy to ignore the sinister undertones even when they’re almost shoved in your face. Also playing a part are the vibrant colours of Moreno Dinesio. This may be a dystopian, post-apocalyptic series of locations, but he supplies a brightness belying that.

It seems as if readers are being dragged along on one prolonged shaggy dog story, but everything looks so good that’s no great problem. Right at the end, though, LeHeup surprises by pulling a few story threads together and dropping a phenomenal plot bomb. If it’s real, it reconfigures everything, and even if there’s a gimmick to it the surprise value is astronomical. The only problem is the ending being where The Weatherman grinds to a halt, with no signs of a new volume or individual issues since 2019. If this is where everything ends and there is to be no conclusion, the creators still provide enough imagination to make this worth your time.