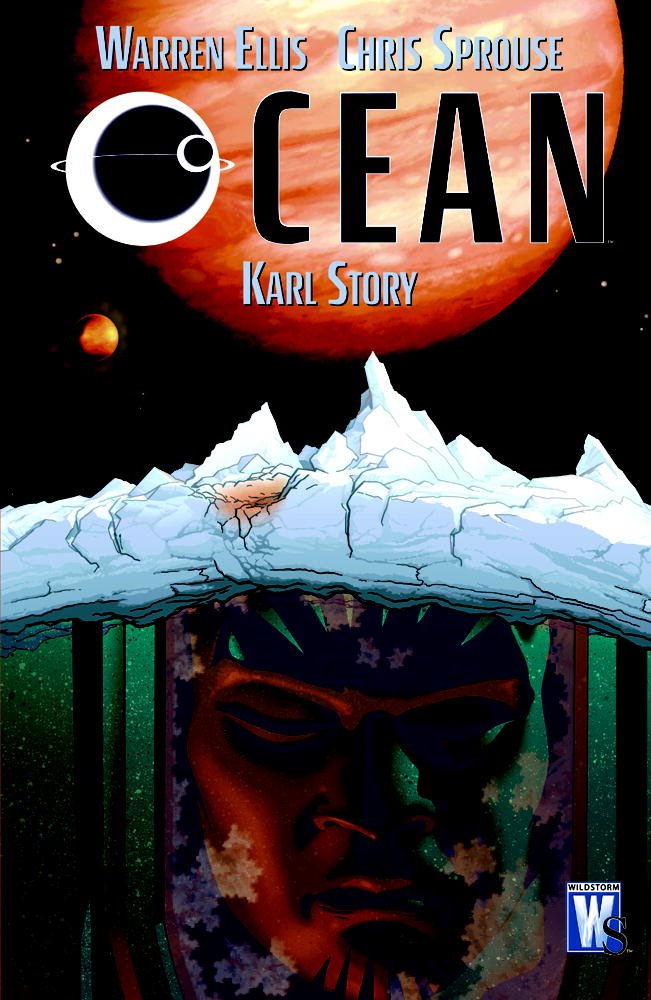 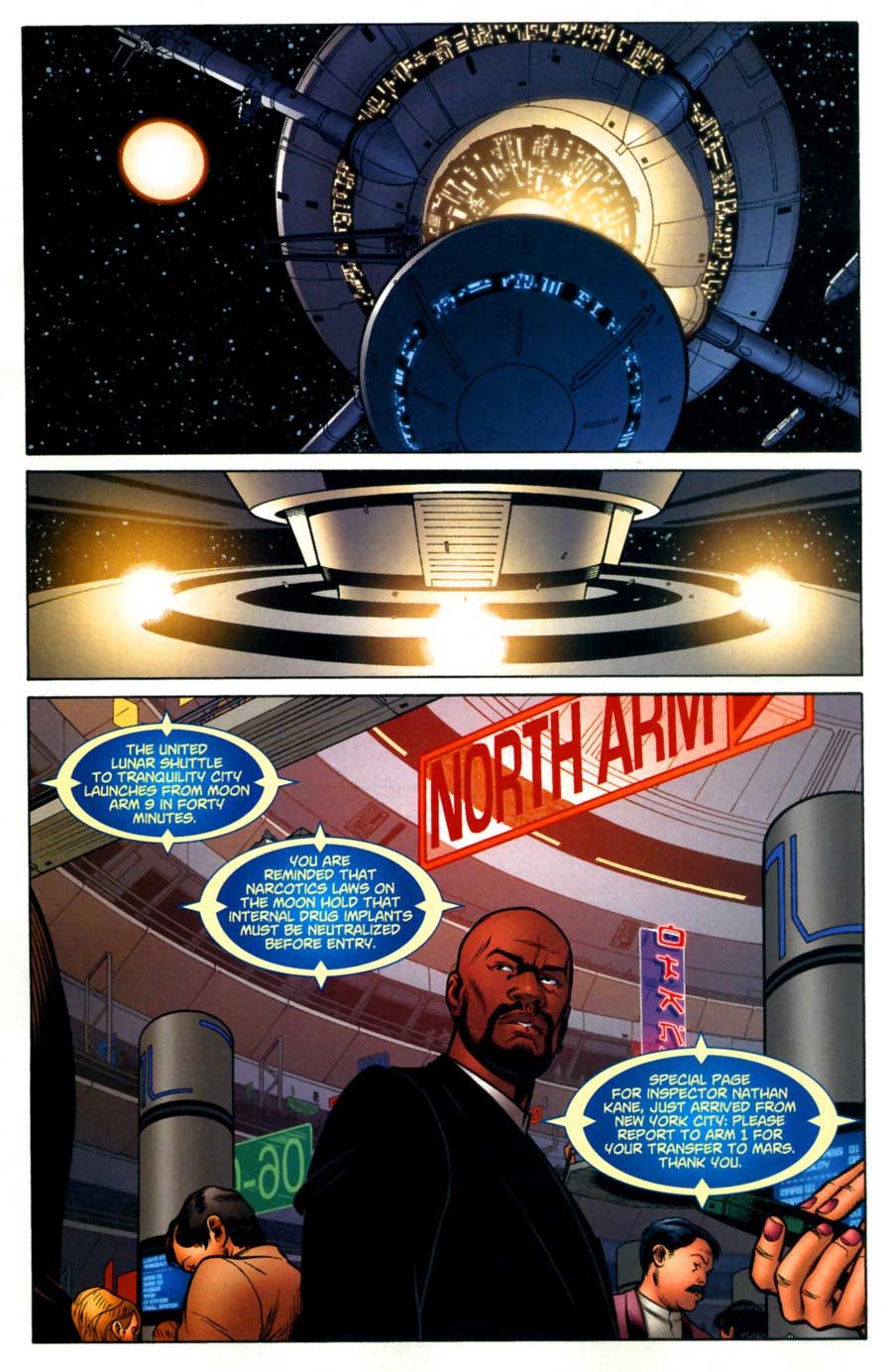 The Ocean referred to in the title is actually a planet, a massive moon orbiting Jupiter enclosed in ice. Beneath that ice, however, is water to a depth of sixty miles. Arriving at the orbiting space station above it, UN Special Weapons Inspector Nathan Kane has been sent to make sense of an astonishing discovery revealed on the opening pages. Beneath the ice, floating in the water, are multiple coffins containing beings almost human who’ve been in suspended animation for a billion years.

When he can come up with a consistent flow of such fascinating ideas, it’s easy to see why in contrast to most writers of comics Warren Ellis doesn’t tie himself to a single series, but completes his exploration of one idea, then moves to the next project. There’s also usually a sense of wonder about what Ellis writes, as if he’s personally in awe of a universe of infinite possibilities. However, there’s no naivety about his writing, and he has a shrewd idea about the worst of humanity, how those who rise to the top will always prioritise short term profit over the greater good, and that’s key to Ocean. Sending a weapons specialist in the circumstances seems a strange choice, with Kane barely briefed before his dispatch, but there is an urgent need for him, brought home after his introductory tour.

Chris Sprouse is an artist who makes wonderful use of space, the artistic concept rather than the dark matter surrounding planets, although he’s good with that as well. He creates a complete world, yet does so very simply, and there’s always room for someone to move in his panels, to edge over to the left or right. It’s a matter of distance involved in the viewpoint. Also to wonder at is Sprouse’s design work. Like almost everything else he draws, it’s deceptively simple if you actually stop to study it, but in reading the story it has the illusion of depth and density. Sprouse has been involved with several series in the past requiring scientific conceptualisation, and he just keeps improving.

Ocean is a voyage of discovery. It might not seem so at first, but that’s what it is, with Ellis tossing in trivial asides such as humanity’s origins, and some whimsical parallels with early 21st century corporate curiosity. A threat needs to be nullified, and a number of puzzles need to be solved before Kane can carry out his mission. This is can also be read as a warning parable about present day humanity, and had it resulted in a movie as originally intended the signifiers would surely not have been as subtle.

Despite a tense and rewarding experience, a clever aspect of Ocean is how the conflict is over possibilities and between humans, with the discoveries of everything else just so much window dressing. Of course, this being Ellis, we’re hardly short of clever aspects, and the way he engineers the final chapter is audaciously good. It veers between an impressive use of localised scientific principle and heroic old school space flight. Between that, what comes to pass is what Ellis has laid out very clearly in earlier chapters without us properly taking it in.

In 2015 Ocean was combined with another fun Ellis project Orbiter in an oversized hardcover edition. It’s very nice indeed.