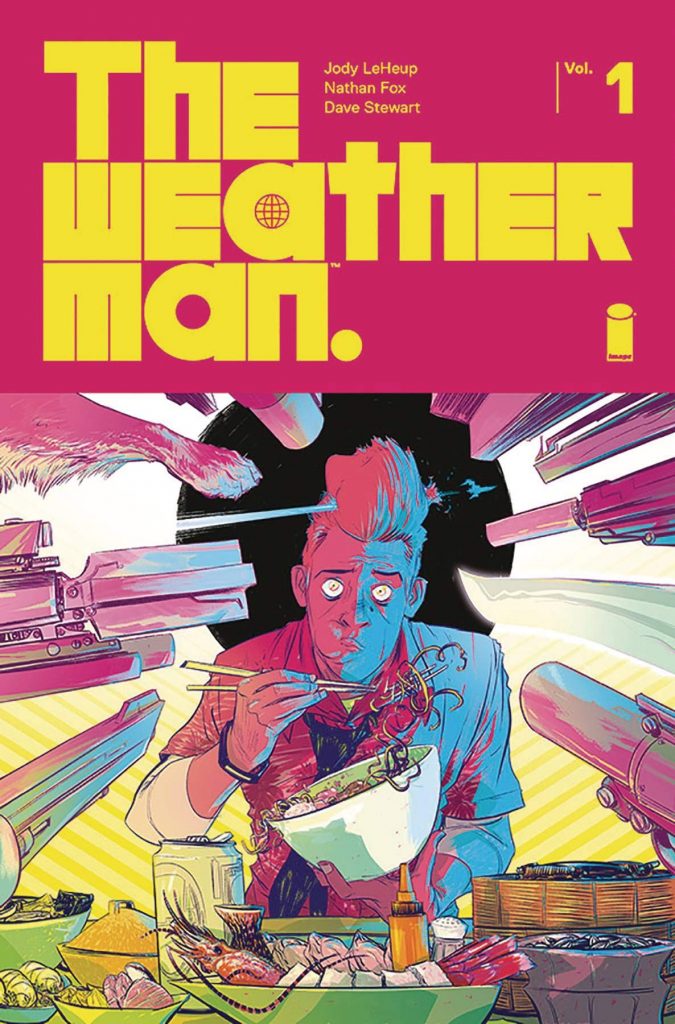 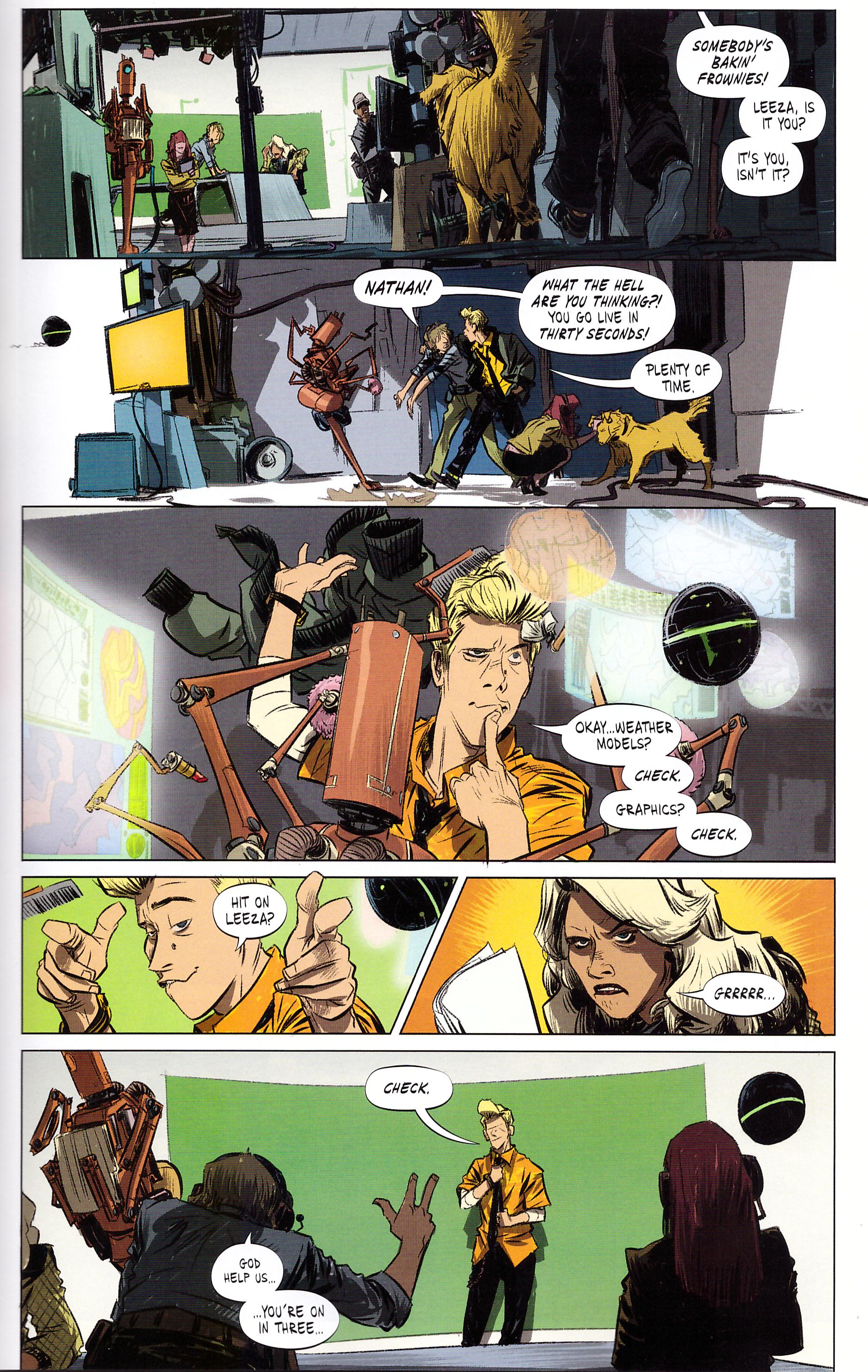 In 2770 much of humanity has relocated to Mars. The eighteen billion who remained on Earth were almost all killed by a terrorist attack seven years earlier. What has this got to do with wacky TV weatherman Nathan Bright? That’s the mystery of The Weatherman, as Bright’s life is turned upside down in the belief that he’s somehow responsible for the biggest mass murder in history.

A great idea can carry a series a long way, and Jody LeHeup presents a likeable eccentric going through his disorganised life before the bomb drops and Nathan is arrested. Is he the culprit? While he believes he’s innocent, the authorities are positive he’s guilty and LeHeup comes up with a clever way of ensuring both could be the case. Unfortunately, there’s no time for subtlety as the organisation that Nathan may or may not have worked for is also planning to wipe out the human populations of Mars and Venus. Nathan and the volatile agent Amanda Cross, who hates his guts, are set on a mission against time.

Nathan Fox applies a loose, kinetic style to the art, reminiscent of Paul Pope in the way everyone seems to be constantly in motion. This is within detailed panels and well conveyed personalities, everything looking great. What the art singularly fails to do over the opening chapter, though, is convincingly present the world of 2770. A few flying cars, odd looking guns and holograms are almost all that represents around eight hundred years of progress. As The Weatherman continues and the locations change there is a thorough immersion in the world of tomorrow, but first impressions count for a lot.

The core mission at the heart of The Weatherman is not going to be resolved any time soon as LeHoup throws in more characters, few of them with redeeming characteristics, and more delays. Amanda knows she has to keep Nathan alive, but that’s not of the slightest concern to the assorted cut-throats operating on Mars, and there’s a very good reason she can’t make public why he’s so important. For anyone who chooses to see it, it’s a very much a secondary concern, but LeHoup is also running a few parallels with the way some people see the world today.

Once the story kicks into gear the creators maintain a fantastic pace that mirrors the urgency of the situation, and it rarely lets up as Nathan stumbles from one danger to the next. There’s an imaginative sadism to what he goes through, but by the end also a clearer purpose to be picked up in Vol. 2.