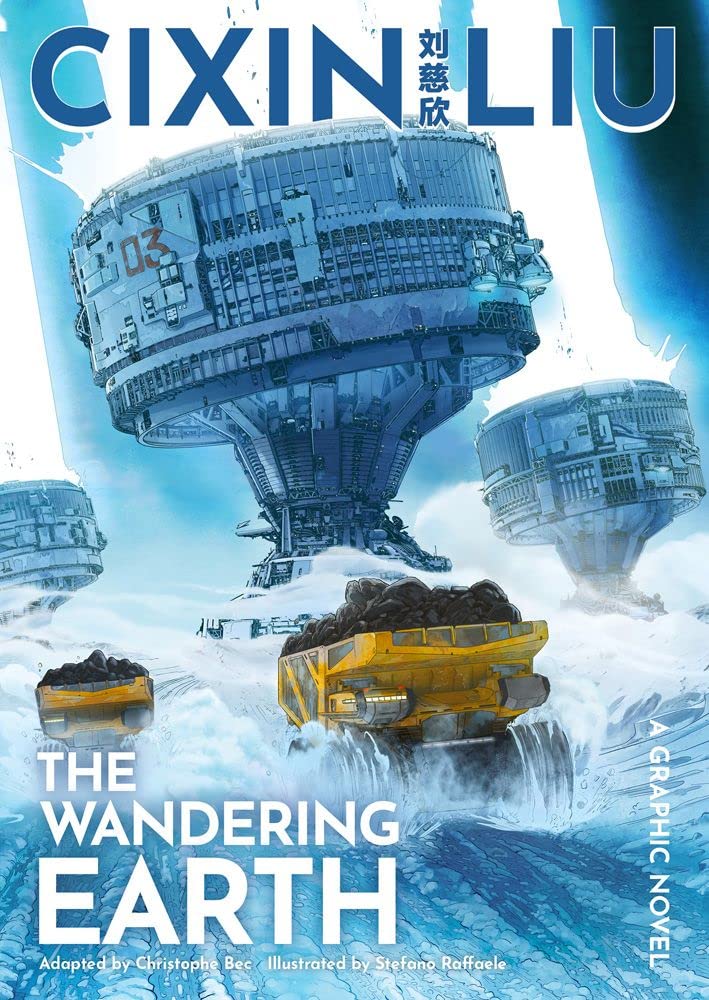 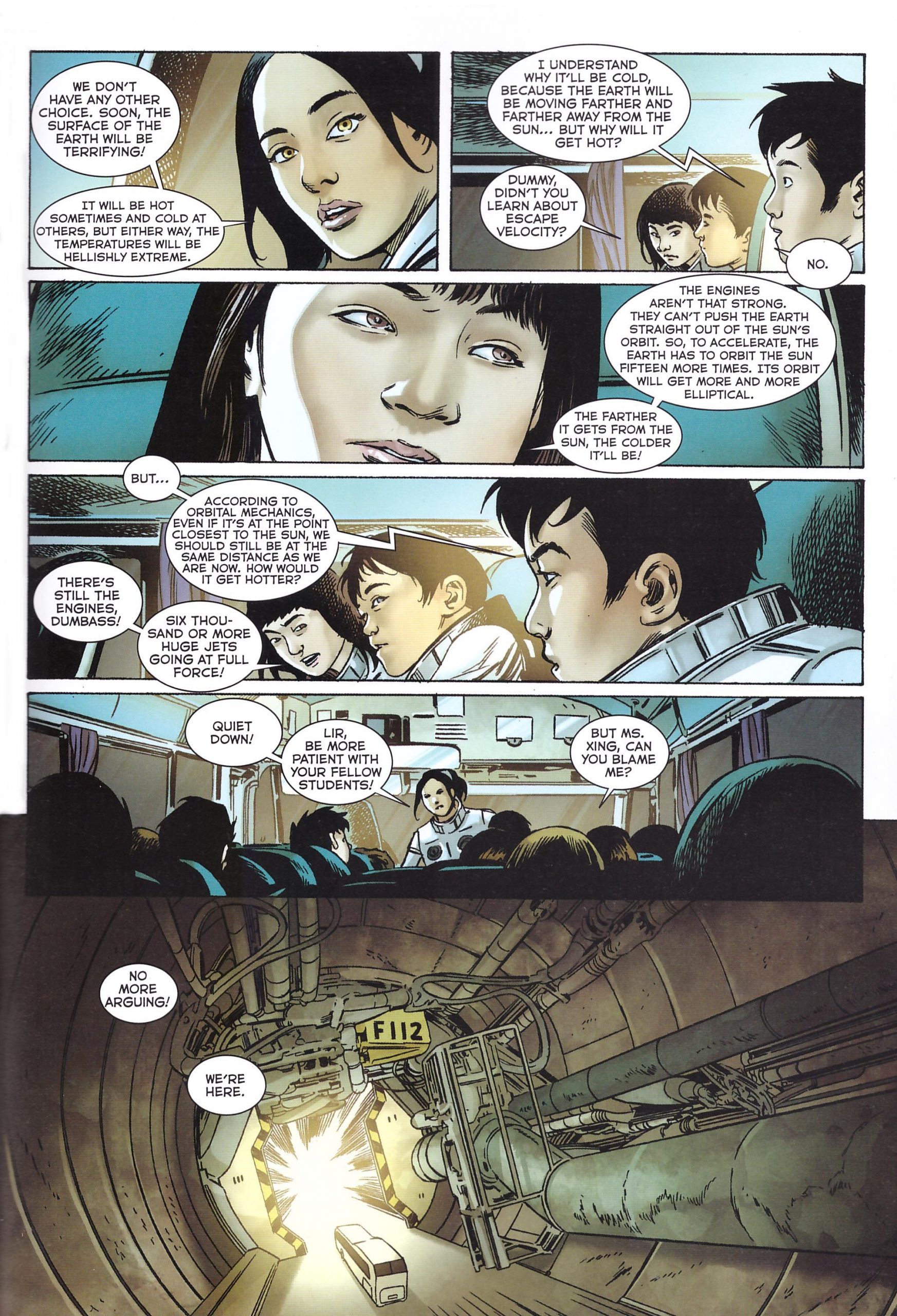 Cixin Liu is a Chinese science fiction author, writer of several novels and of several short story collections. He’s imaginative and prolific, a back cover quote from the New Yorker likening him to Arthur C. Clarke. The Wandering Earth is part of an ambitious project in which comic creators of various nationalities are brought together to adapt Liu’s stories. In this case French writer Christophe Bec paired with Italian artist Stefano Raffaele, not the first time they’ve collaborated (see recommendations), although their work together has generally been horror-based, not science fiction.

Liu certainly sets up a worst case scenario for humanity as there’s only twenty years left before the sun explodes, vaporising Earth. Vast powered structures are required to prevent the Earth turning, then propel it elsewhere, which is considered the only way humanity will possibly survive. Even then there’s no certainty that the planet can travel far enough quickly enough to avoid the sun’s death. If it does work, the best case scenario for moving Earth to the vicinity of another viable sun is 2500 year journey.

It’s a formidable problem, and Liu notes early that there’s disagreement regarding the process, and via the cast and Bec’s dialogue reasons for procedures are explained. The focal voice is a never named young boy whose school class is among the youngest of the first post-Sol generation, followed through his life. He’s used to explore the fatalism and despondency around him as not all goes to plan in underground cities housing humanity, isolated from each other.

The Wandering Earth differs from other books in the series by including more than the single fold-out section. Raffaele uses three, each of them emphasising scale, yet none featuring people. They’re like spartan album art, yet each meaningful. For the remainer Raffaele is very disciplined. Even when allocated 120 pages Bec needs to compress a lot of information in order to do Liu’s reflective story justice, and it also requires the emotional pauses and stocktaking between periods of extreme danger, so Raffaele limits his art accordingly. Yet he also has to convey the sheer magnificence of seeing Jupiter at relatively close quarters, or the combination of danger and beauty posed by an asteroid shower. The final scenes stand out among a consistently tight artistic performance.

Clever disruptions to society occur throughout, as Liu reflects our world’s propensity for mistrust and misinformation, and seals an ambitious story with an ending that can be taken two ways. In a generally imaginative series, The Wandering Earth is a highlight.