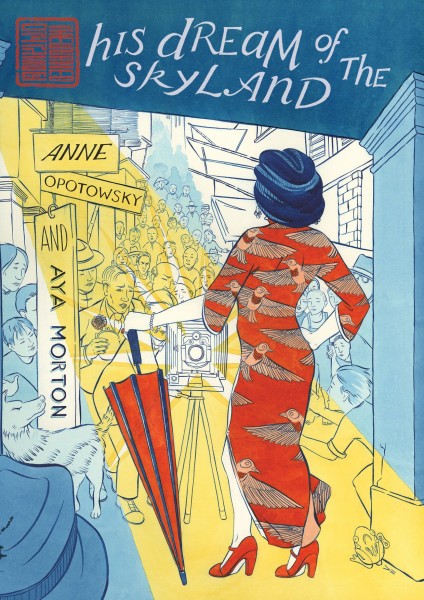 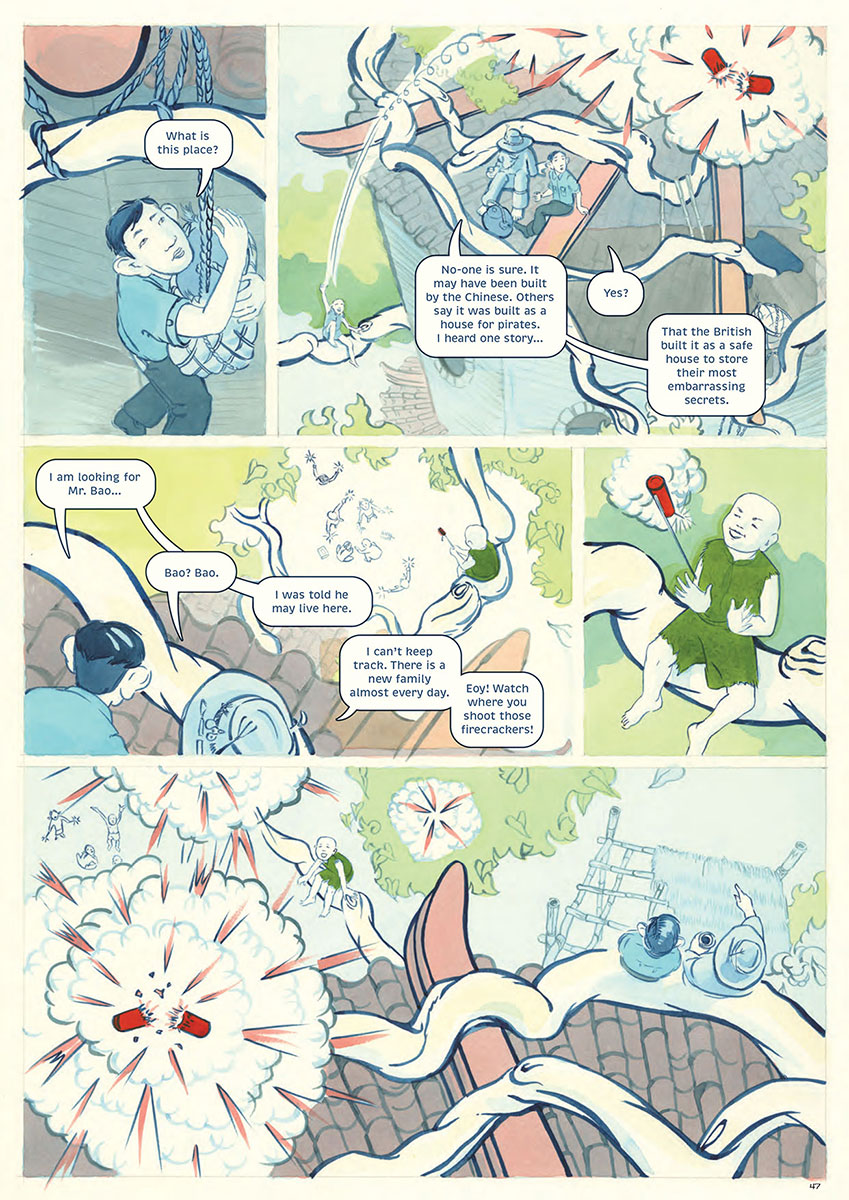 Anne Opotowsky and Aya Morton don’t lack for ambition. His Dream of the Sky Island runs to almost three hundred pages, yet is only the opening volume their proposed Walled City Trilogy following Song Lu in British run Hong Kong of the 1920s. We’re introduced to him on the day he’s due to start his first job. At the post office he’s tasked with sorting through the mountain of dead letters, which he does diligently to the point of shaming his superiors.

Opotowsky establishes Song from his first appearance, a less than ideal dalliance with a prostitute. He’s romantic, she’s not. Despite a rogue for a father, Song has a moral compass, and a determination to deliver some lost letters first brings him to the Kowloon Walled City, a historical quarter now used as a refuge for many who’d prefer to remain anonymous. As the overall series title indicates, this location has an increasingly expansive role.

While the period is well researched, it’s down to Morton to convince with that research, and her pages overflow with rich detail, Song embedded in backgrounds that stretch beyond him to offer vistas, or display the contrasts of Hong Kong. The court house in which Song’s father is convicted is the very model of order, while chaos reigns in the ramshackle buildings of the Walled City, which becomes more prominent with Morton creating new wonders for each visit. Such is the splendour of the surroundings that in places they’re capable of bringing the reading to a halt while they’re studied. It’s part of the overall density applied to the project. Dialogue may be on the sparse side, but this is no quick read as while Song remains central, the constant addition of those he meets extend the cast and events. A sense of mystical realism further adds to the atmosphere, Song encountering the strange and inexplicable, yet accepting them as he does everything else.

There is a leisurely pace to His Dream of the Sky Island, and an episodic nature. Time progresses, but via little anecdotes that very gradually form a larger picture. We’re introduced to Song’s fortune telling mother and soon to be jailed father, his acrobatic friends Yubo and Xi, the friendly egg seller, and dubious businessman Furnier, whose origins are mysterious. Because Opotowsky has the time to build them, they resonate. All bar Furnier are impoverished, and none of them is above a scam, which is accepted as a way of life. However, when babies begin to go missing and the British officials show no inclination to investigate it’s just the first of three tragedies leading us into Nocturne. It’s been a captivating journey, and the creators have one final treat to offer with their glossary expanding on social items and people.