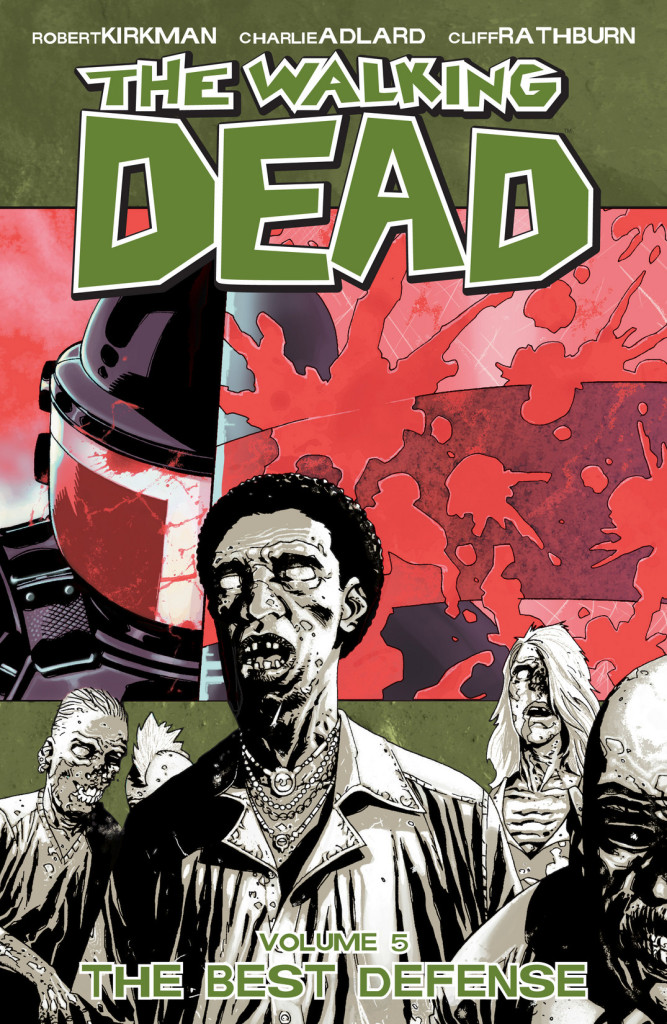 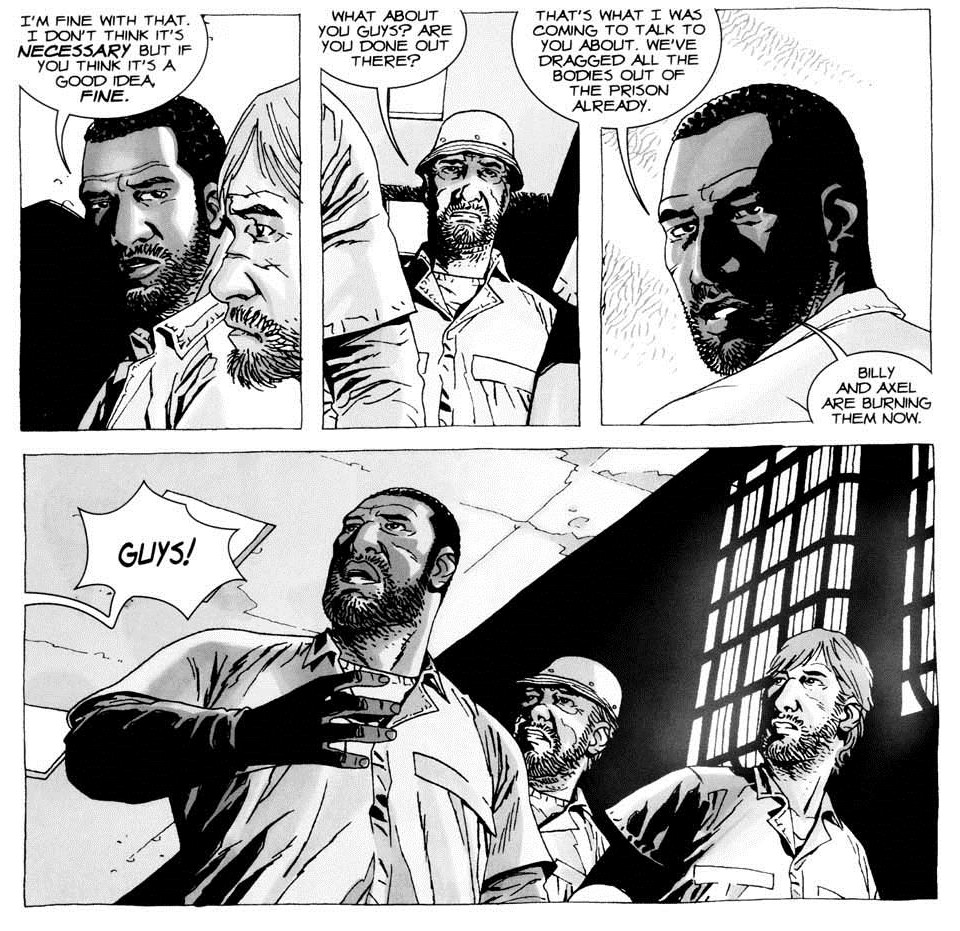 As the book starts there’s the very helpful discovery of the prison armoury, including riot protection clothing, which should have considerable impact in reducing the efficacy of zombie bites. We’ve moved on from the overly dramatic conclusion to The Heart’s Desire. The major conflict of the opening chapter is young Carl Grimes sulking at not being permitted to accompany the adults in drawing zombies away from the gate, which indicates wounds have healed and relationships between the assorted cast members are back on an even keel.

Or sort of. Carol has been a rather flaky character pretty well from her introduction. She’s already been quick to develop relationships, suggest them to others, over-reacted to their failure, all appearing to stem from an emotional neediness. Her current plan for a new relationship is set to sow considerable discord. At the opposite end of the scale there’s a cast member completely at home in their zombie-infested surroundings, and it’s a chilling revelation when they announce “Yeah, it’s a new world, but God help me, I like this world better.”

The central dramatic element concerns the sighting of a helicopter hovering above, which rapidly starts belching black smoke and heading downwards. It’s tracked to the woods a few miles away, and let’s just say the efficacy of the newfound protective gear is given a viable test run.

Tension levels aren’t as high as they have been over the past few books, but that Robert Kirkman’s a sneaky one, and just when you think all is well he slams you in the gut with a two by four. It seems the plague of zombies wasn’t enough unpleasantness for some, and you have to take your entertainment where you can get it. This may have a slow lead in, but the horror level here is as high as it’s been by the end of the book. There’s no definitive conclusion, and most will want to head straight for This Sorrowful Life. Alternatively they’re combined in hardback as The Walking Dead Book Three.

Charlie Adlard’s art is incredibly consistent. He takes a broad cast, none of them in costume, ensures they can all be distinguished, and also delivers great zombies.

Those with money can also find this in the second The Walking Dead Deluxe Edition along with the volumes before and after, and it’s among the first eight books gathered in the first Walking Dead Compendium. 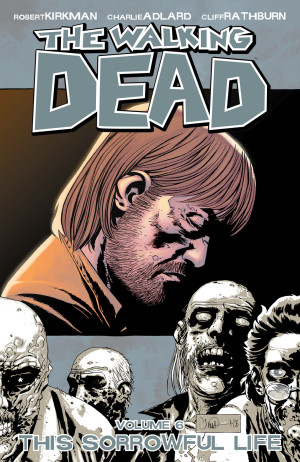 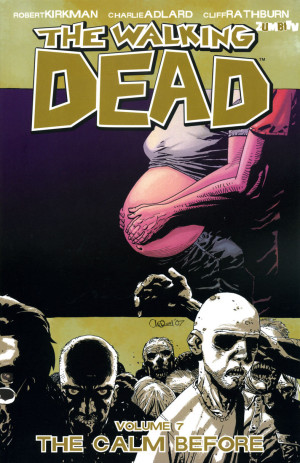 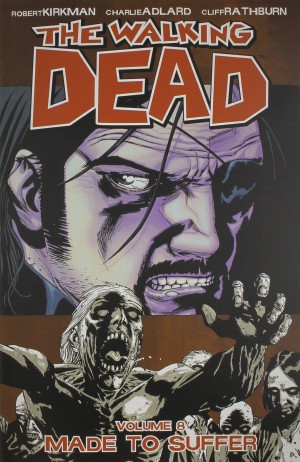 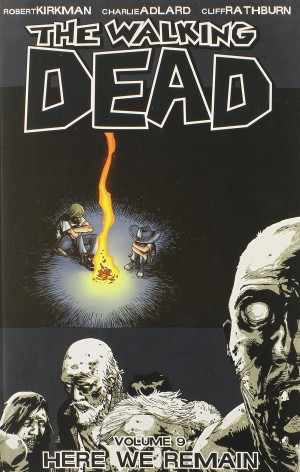