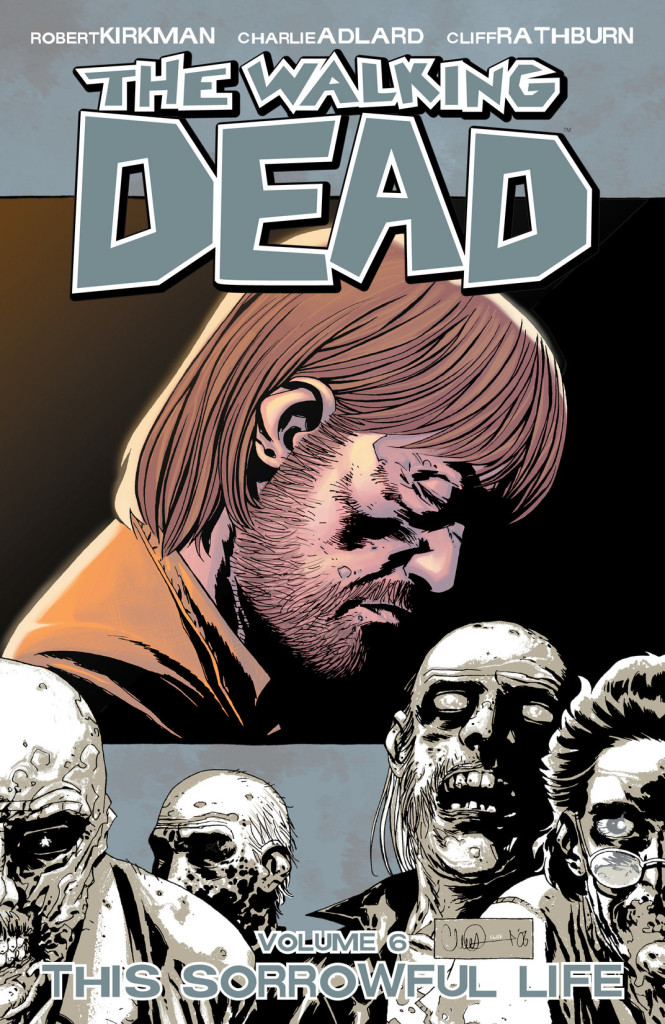 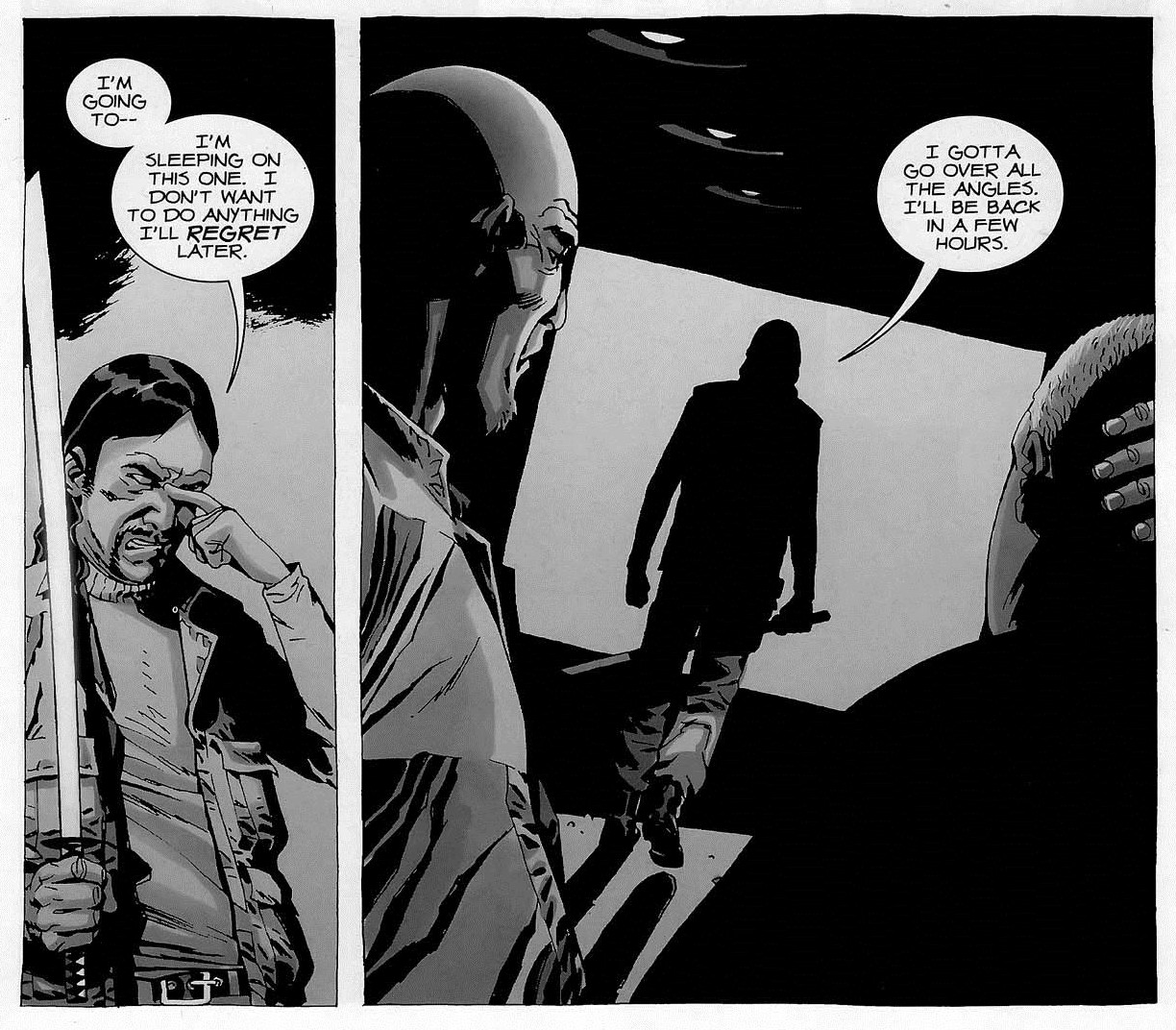 With humanity over-run by zombies, protection and survival being the order of the day, Robert Kirkman swivelled the spotlight onto a community happy to exploit the desperation of others for their own entertainment in The Best Defense. By the end of that book he’d supplied a shock for a regular cast member, considerable brutality, and those remaining within their prison sanctuary are as yet unaware they’re imperilled. It was masterfully constructed, and it’s difficult to imagine anyone enjoying the series not wanting to plunge directly into This Sorrowful Life. For those who prefer, both books are packaged together in hardback as The Walking Dead Book Three.

The situation looks pretty bleak in Woodbury, but Kirkman delivers a relatively linear plot this time. After the events of the previous book, though, some righteous restitution is what’s required, and that’s what we’re delivered. It’s brutal, horrific and cathartic. “You’re going to really like what I do with this”, snarls Michonne, holding up a spoon after assorted other implements that can be used for torture. She’s moved far beyond her disruptive presence in The Heart’s Desire. Unusually, and perhaps because such a reprehensible individual is concerned, Charlie Adlard’s art is far more graphic than usual. This isn’t a book for the squeamish, and once again, we’re thankful that it’s black and white.

We have a sentimental look back at characters not seen since the first volume – they’re doing fine, nice of you to ask – after possibly the best shock Kirkman’s yet supplied in a series that thrives on them. There’s a sense of being cheated when it’s relatively rapidly resolved, but there is a coda leading to further self-examination on the part of former police officer Rick Grimes. “You don’t know what people are capable of”, yells Grimes at one point. “I think I’m getting the idea” is the response. It’s a bleakly comic moment in possibly the bleakest Walking Dead book to date.

This content also concludes the second Walking Dead Deluxe Hardcover, where it’s accompanied by The Best Defense and The Heart’s Desire, and it’s among the first eight books gathered in the first Walking Dead Compendium. The continuity leads from here into The Calm Before.