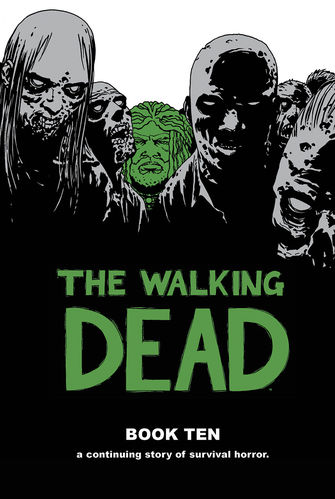 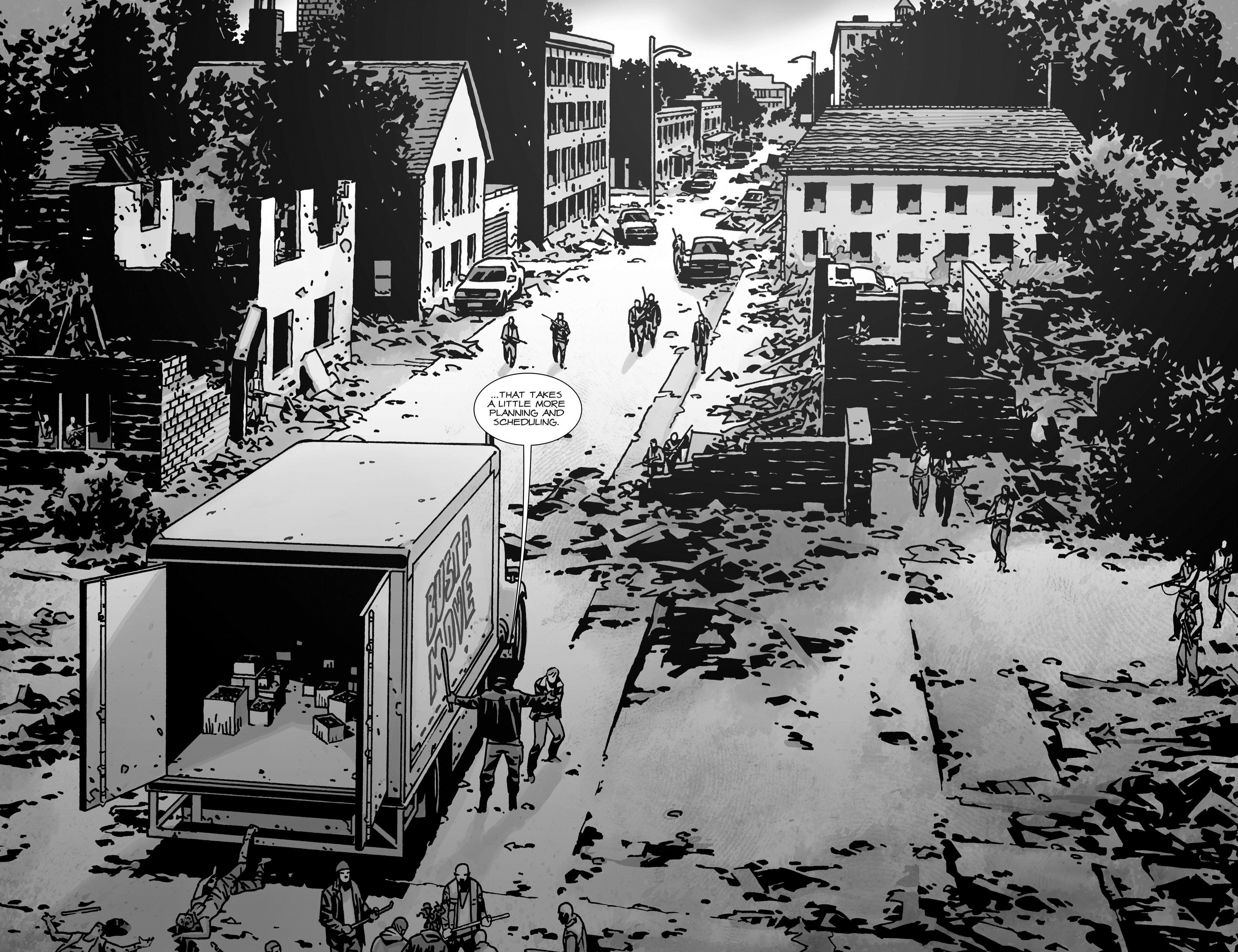 For once, this is a less than ideal hardback compilation, although due only to the way the story arc breaks down, meaning the two combined books (March to War and All Out War Part One) end midway through a two volume story.

It’s a story that’s been a while in coming. The lead-up occupied all of Book Nine and takes half of this book also, and concerns a well organised tyrant called Negan with the following and resources to intimidate a number of communities into turning over half their supplies in return for his not wiping them out. He continues to be a monstrous creation, repeatedly espousing how reasonable he is, when constantly proving otherwise, “Push him over the side or you all die” being one of his more printable utterances. For story purposes Rick Grimes has to remain alive despite the number of times he provokes Negan, and although there is some justification, it doesn’t really hold water. However, for the previous several books, death has been individual and the exception. Not so here. In what in paperback was All Out War Part One, the purpose of the time Robert Kirkman’s previously spent with relatively minor characters is revealed. Unless we know people, we’re not going to miss them when they’re gone. And many of them are by the end of the book.

Because there’s far more action than usual, Charlie Adlard shines more obviously. It’s normally the case that not until one stops to think does it become apparent how well Adlard puts together the numerous conversations and quiet moments. This content shifts the balance from talking scenes to action, and the way he manages it is great. The sample art may suggest otherwise, but Adlard often chooses to stick to smaller panels, which isn’t a labour saving device as he fills those smaller panels with background detail.

This isn’t a collection featuring as many surprises as we’ve become accustomed to, but the few bombshells that are dropped pack the necessary punch. Over recent books the zombies themselves have become corralled, almost tamed, but that’s not the case here. They’ve a part to play again, and individually and collectively they shock. The remainder of the shocks are in the form of deaths. Everything seems to be up for grabs, so is it heretical to suggest that at this point the series could survive without Rick Grimes? Whether foreshadowing or coincidence, other characters here either show leadership potential or believe communities would be better under their guidance.

The ending’s ambiguous, although definitively interpreted by Negan, and Kirkman’s spread the suspense so well, the chances are you’ll want to head directly to Book Eleven. Alternatively you could go for the massive third Walking Dead Compendium, containing this and the content of six other paperbacks. 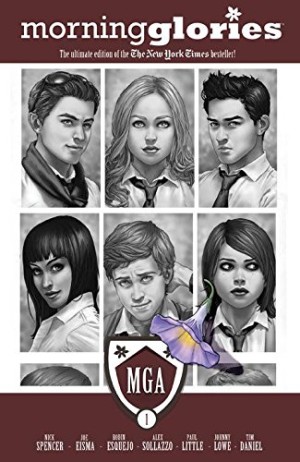