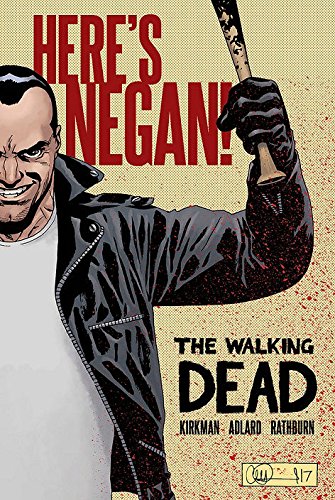 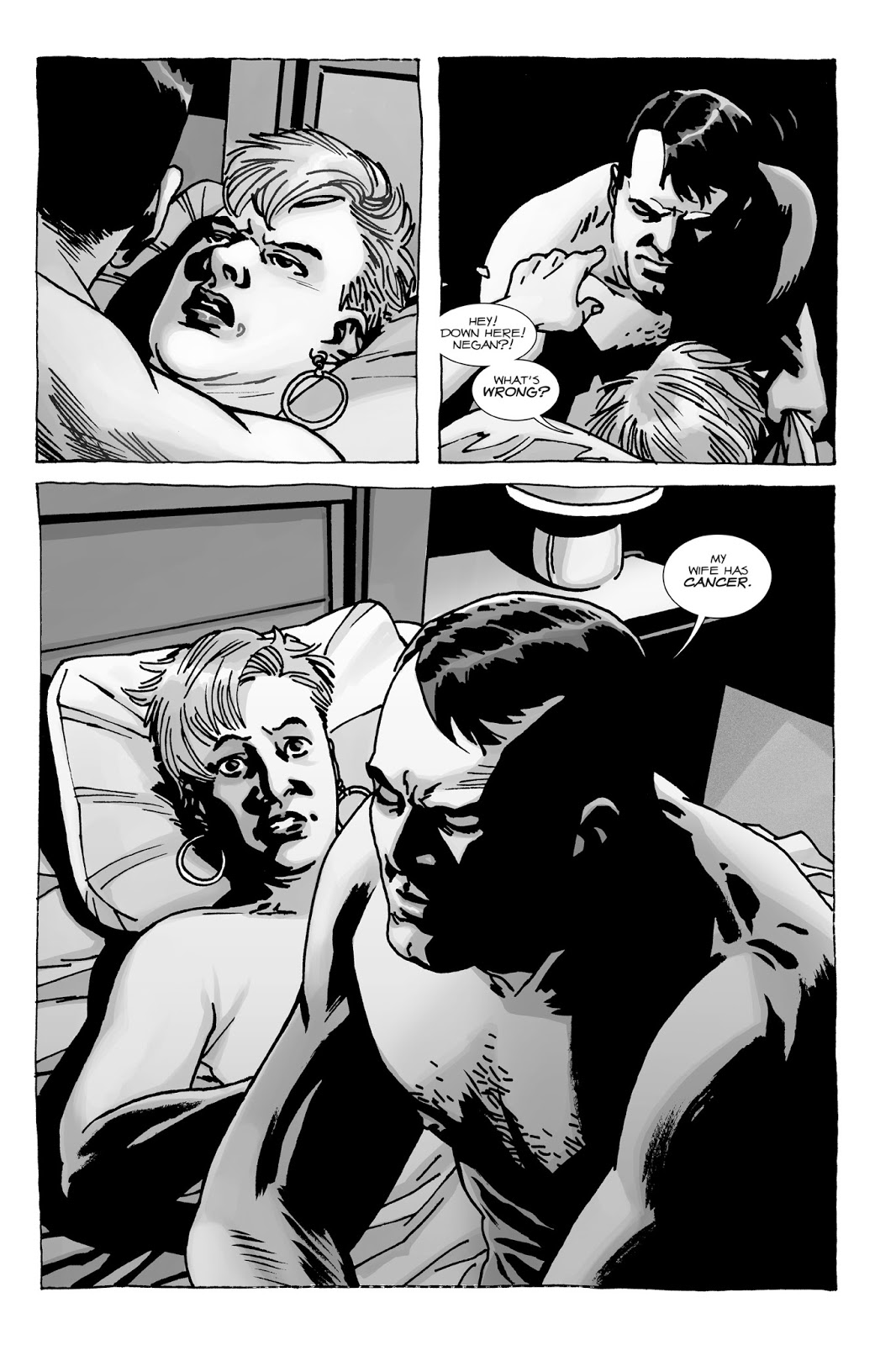 Throughout The Walking Dead it’s been extremely rare that we’ve seen who cast members were before the zombies appeared. They are who they are now, and that’s good enough. It’s some event when the most formidable villain the series has seen is the first to be accorded a look back to the way things were when he was the school gym coach, his career so appropriate.

So how was he before the fall? Well, Charlie Adlard’s sample page fully answers that, Robert Kirkman delivering the jaw dropping admission. Negan’s wife – even she just calls him “Negan” – dies as the zombie plague begins, Kirkman drawing the comparison between Rick Grimes emerging from a hospital into the new world and Negan doing the same elsewhere. Both became exaggerated versions of what they once were, and both learned very quickly how to cope with what things had become, but the difference is that Negan revelled in it. For him it was a liberation from conformity, from having to suppress his coarseness and violent tendencies, and he rapidly adapted to skills he never knew he had.

Negan is sketched out, Kirkman building him bat by jacket over sixty pages from leaving the hospital to “We consolidate supplies, protect each other. We can make this work, but let me be clear, you work for us now. We’re your saviours”. With that line he’s pretty well what’s built up and introduced to Walking Dead continuity in Something to Fear. Surprisingly, there are moments of pathos. Negan may have been a rude and inconsiderate shit beforehand, but he wasn’t a monster, loved his wife and had regrets. You could ask if a form of origin story was really necessary. Like everyone else in The Walking Dead, Negan is who he is and you have to live with that. If we didn’t have this origin, however, we’d be missing out on a lot of laughs, some visceral thrills and even more great Adlard art.

As yet, this is a standalone graphic novel, only incorporated into the monster Compendium box set, featuring the content of the first 24 paperbacks, so unless you’re spending a fortune on that, buying this book is currently the only option. Intriguingly, it’s also been developed into a board game where you’re Negan, gathering followers and supplies as you avoid the zombies.