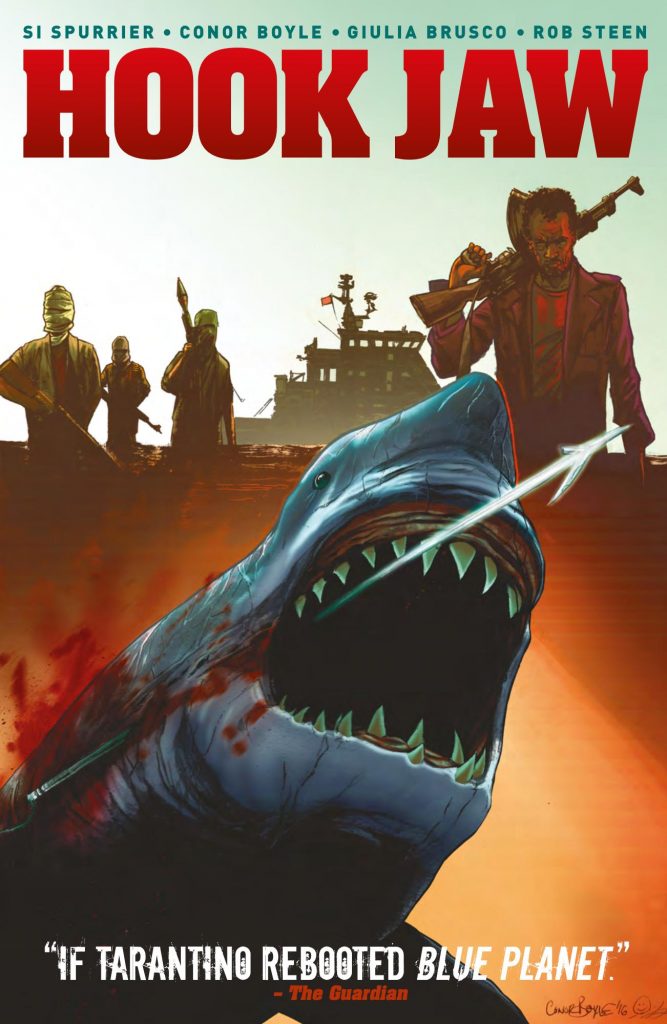 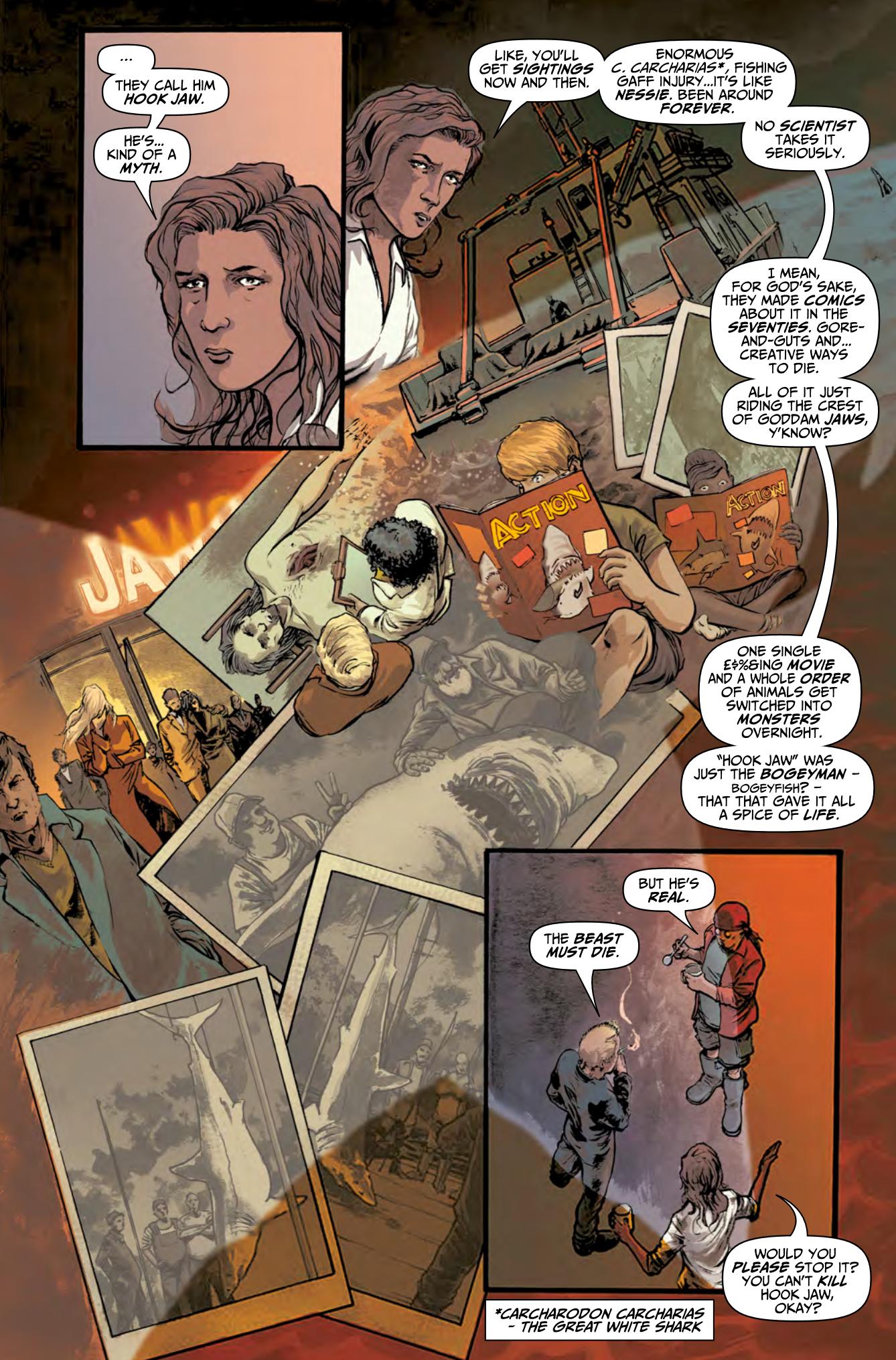 Si Spurrier and Conor Boyle have a lot to live to. The original serialised Hook Jaw thrilled the young readers of the mid-1970s, and its over the top and gratuitous violence contributed to a public outcry that saw parent title Action cancelled. Spurrier and Boyle no longer have to concern themselves with the possible outrage of shire England’s parents, their revival aimed very much at new readers and those adults with fond childhood memories of the old series.

They do a good job, sticking to the spirit of the original while updating technology, research and attitudes. Whereas the old Hook Jaw encountered a series of exploitative individuals, the starting point for this version is a boat of scientists and researchers off the coast of Somalia, investigating group behaviour of great white sharks. Spurrier takes a light comedy tone from the start, exaggerating the behaviour of those we can gleefully anticipate being shark food at a later stage, with the ship’s Somali cook being given some great lines early on.

Within the comedy and the equally good action Spurrier also ensures the story features relevant information about sharks, with the sympathetic Mag an advocate for greater understanding. At first giving Hook Jaw a form of voice seems to be misguided affectation, but as the story continues it’s revealed as an effective device for initiating tension. As this version of Hook Jaw was originally serialised over four longer comics instead of six page weekly segments, there’s not the requirement to have sharks on panel so often, and so what Spurrier does is produce the equivalent of a movie action thriller script. There’s a suspense to it, and it turns on some clever plot points.

Boyle is a very disciplined artist. We all want to see the sharks, but for maximum effect it requires plenty of set-up, and he delivers page after page of people talking at sea, but still makes it look interesting. On the occasions when the sharks do make themselves known Boyle steps up a notch from what’s already very good to some fantastic illustrations, but he doesn’t overplay the situations either. There is gore, though, and lots of it.

Spurrier gets to supply an exorcism about a lot of what he thinks is wrong with the world, and we get a thrilling graphic novel. That’s win all round.