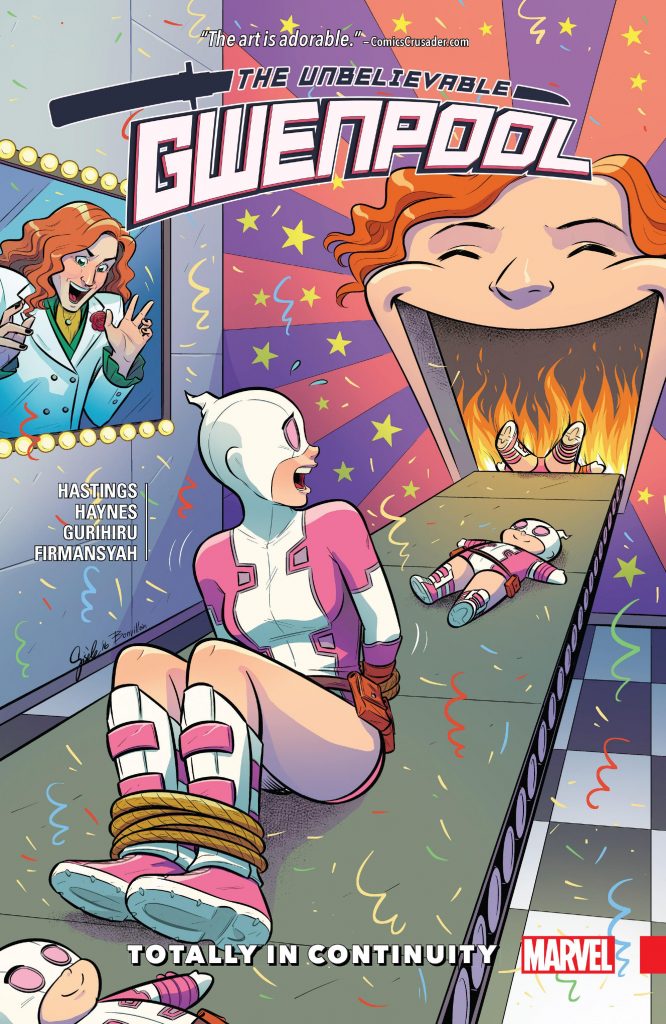 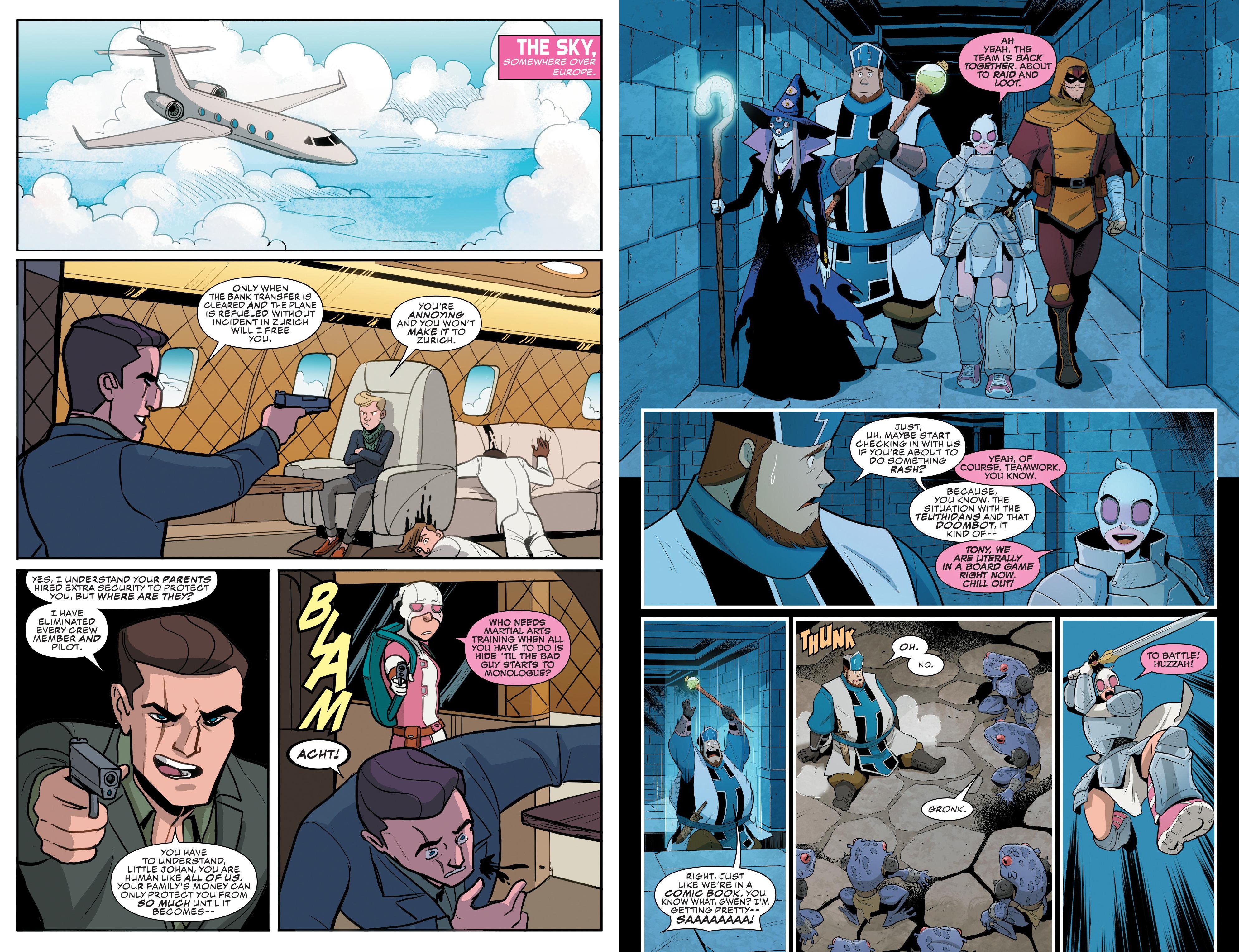 Don’t be concerned about all the new writing credits, Christopher Hastings is almost in full control of Totally in Continuity, producing over 80% of the writing, the others being let into the playground for a few short stories.

To recap: At the end of Head of M.O.D.O.K. Gwen Poole was left by all her allies and framed, so she’s now wanted. She’s also bored and unhappy, which is new territory for her normally ultra-sparky character. The solution? Go kill a vampire threatening a small community, while under strict instructions not to kill anything else. The vampire hunt’s followed by a game of Dungeons and Dragons, with Marvel once again spoiling the story by plastering the hidden villain all over the cover. Thankfully that’s not the case for all surprises, as Gwen’s interactions with well known creations continue in practically every story, including perhaps the most obvious person to drop by, although very well handled by Hastings. Those adventures not only cheer Gwen up, but give her a purpose. It’s to see if she can do anything for her friends.

Throughout this collection the artwork, primarily by Myisha Haynes (sample art left) and Gurihiru Studios (sample art right), resembles nothing so much as old Hanna-Barbera cartoons, with attention paid to cartooning the foreground figures, and the most simple of backgrounds.

The shorter stories are a mixed bunch. Hastings kidding on about holiday traditions is very funny, but other creators extrapolating on the ridiculous festival days he creates doesn’t work as well. In addition to taking a joke too far, Gwenpool is absent from all but the Hastings segments, and thirty pages of Spider-Man, the Punisher, Fin Fang Foom and the Red Skull don’t compensate. Surely it’s a given that if people want a Spider-Man story they’ll buy a Spider-Man comic? Independently of that consideration the best shorter piece involves the Red Skull and Hydra, because Nick Kocher’s not just riffing off the jokes Hastings introduced, although Bruno Oliveira’s scratchy art contrasts the smooth cartooning seen in the rest of the book.

An intriguing ending to the main continuity sets up the following Beyond the Fourth Wall very nicely indeed, and with most of the content very funny (sometimes hilarious), charming, inventive, and readable this is another worthwhile Gwenpool collection.