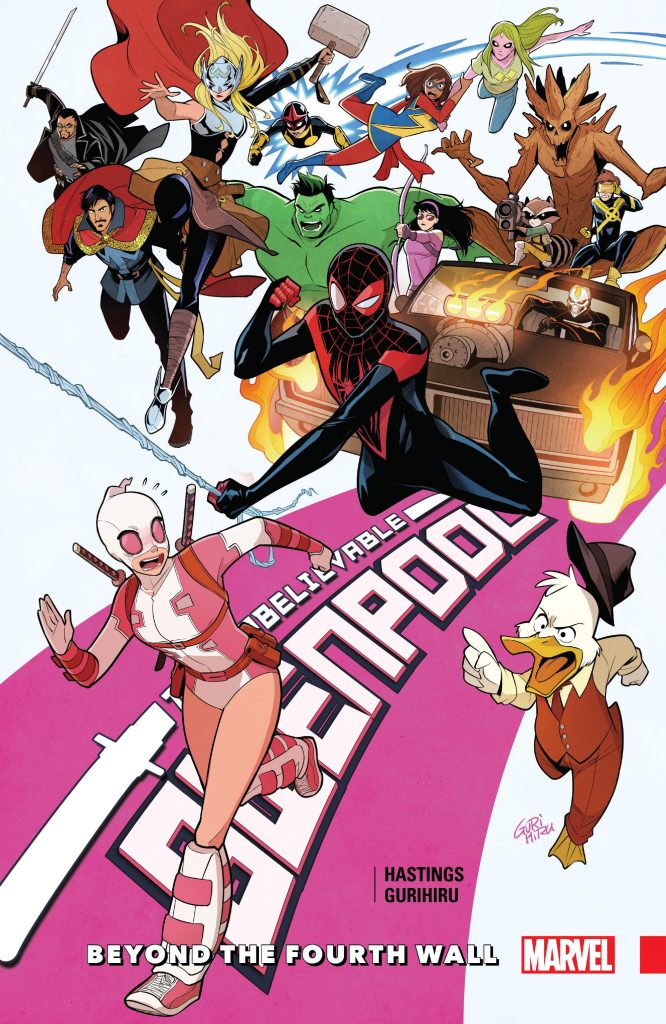 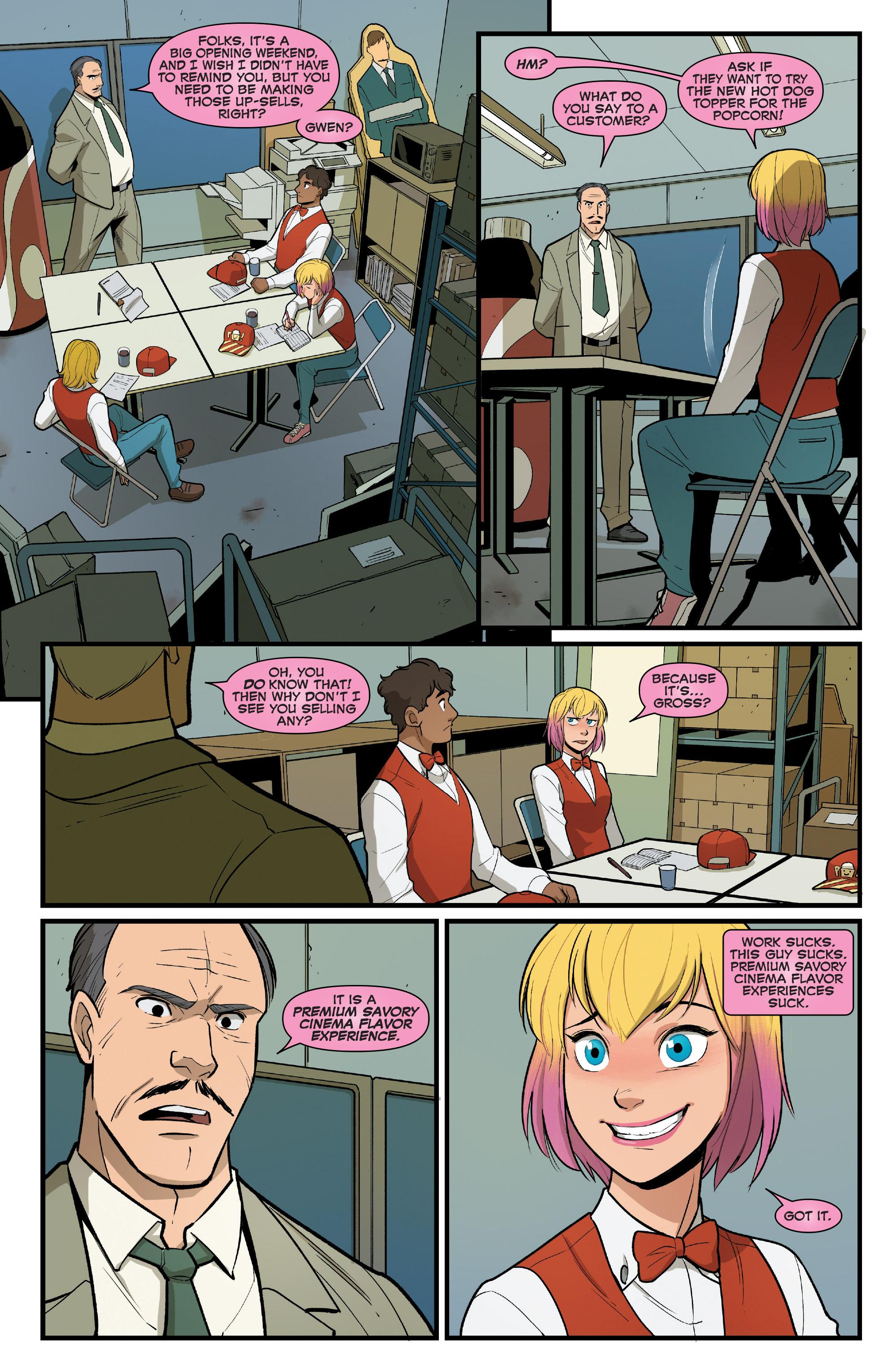 So Gwenpool’s whole thing is that she’s from another universe where the Marvel characters, heroes and villains, are just fictional, and being a major fan she knows their identities, their secrets and where they hang out. It’s proved an immense advantage since she’s turned up on their world, but how did she get there? That’s the question Christopher Hastings finally answers in Beyond the Fourth Wall.

Having helped all her friends in Totally in Continuity, Gwen decided to help herself and check out if equivalents of her family exist on the Marvel Earth. She met her brother in the final panel, and Hastings wastes no time in leaping straight into what’s a very different Gwenpool adventure, and one that supplies the answers. It requires a writer confident enough to assume we’re okay with Gwen as a character and don’t require her to be manic all the time, because she isn’t here. Gwen returns early to her world, where she’s an ordinary teenager, if perhaps one lacking an awareness of how lucky she is to have loving family, a roof over her head and few concerns beyond their frequent demands she finds a job. That’s what’s in play for around half this collection, before things become really strange as Gwen, who’s always known she’s in a comic world, begins to manipulate the boundaries of that world.

It’s pleasing to have the Gurihiru team on as artists for an entire graphic novel, the first time that’s happened in the series, and their smooth cartooning simplifies some incredibly complex scenes. No, ’complex’ isn’t the first word that comes to mind when discussing Gwenpool, but working out the logic behind her presence in the Marvel universe is exactly that. As well as needing talented artists, this story requires a facility for digital manipulation. This isn’t a graphic novel that could have been drawn in traditional pen and ink, and Guruhiru are tops. The sheer planning alone required for some scenes must have taken an immense time, and is appreciated.

Beyond the Fourth Wall is a very clever story, not least because at the end you’re mulling over how much of it was messing with the head. It certainly provides a sort of reason for Gwen being how and where she is, but if you’d prefer not to bother with any of that and just accept Gwenpool as she is, that option also exists. The only problem is that for much of this volume Gwen’s unique selling point, her character, is absent, and while the story’s clever, beyond the trick it’s also ordinary as this isn’t the peppy Gwen going about things with abandon. Your tolerance for that will determine your reaction to Beyond the Fourth Wall. The series concludes with Lost in the Plot.