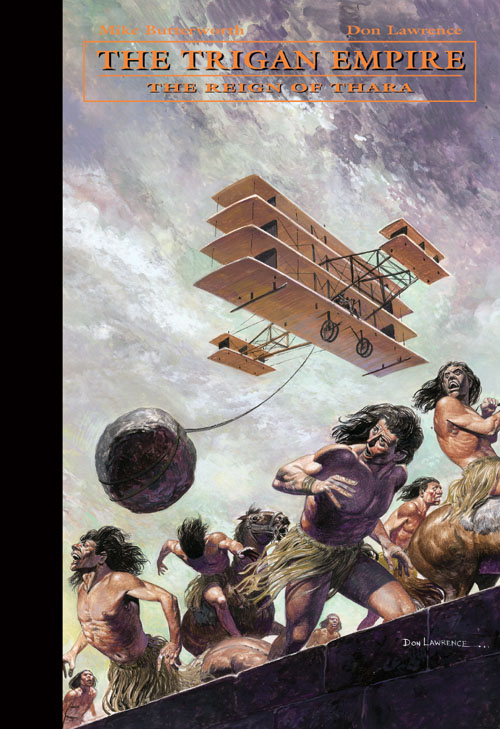 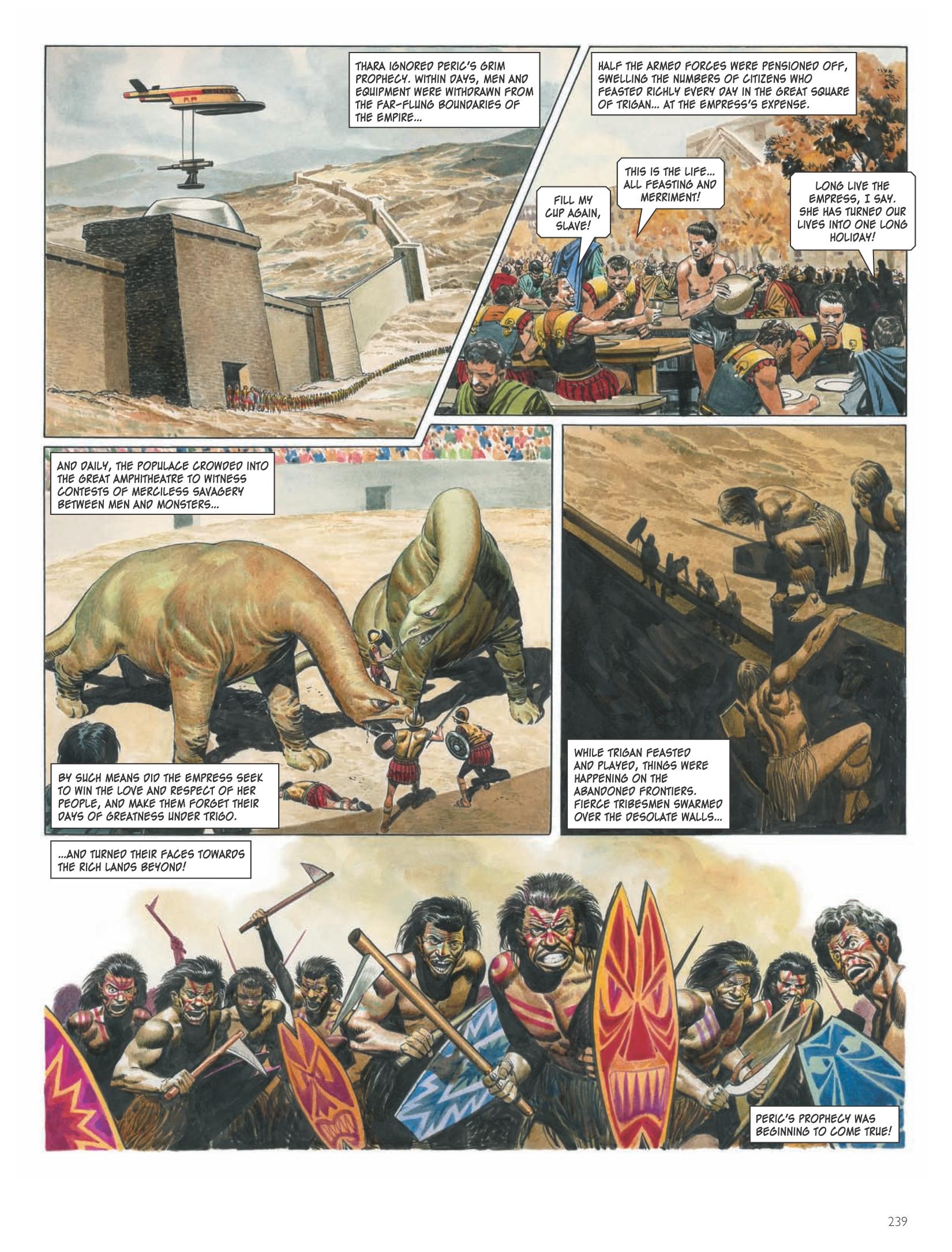 In Machiavelli’s textbook on political deviousness The Prince, he notes that it’s easier to acquire a kingdom than to maintain it, and this is a maxim frequently applied by Mike Butterworth to his plots. Trigo’s reign regularly suffers brief interruptions as someone else takes over. Two of the three stories in The Reign of Thara use this plot, although it rolls out very differently in each.

The first usurpers are aliens, nicely designed as disembodied pink blobs, intelligent and power motivated, but without a physical form unless they’re controlling someone else. It’s a smart threat, well played out as the three aliens move their way up Elekton’s political command structure. Butterworth recognises the limitations of the idea, and that prolonging it would result in too great a similarity to a story from Revolution in Zabriz, so it’s a relatively brief with a clever ending. The use of the pink blobs is visually distinctive, and saves Don Lawrence some design work.

Thara poses a greater threat. Actually related to Trigo, she’s manipulated by her sinister Black Guards, and her spell in charge of the Trigan Empire is prolonged. We see the fates of Trigo and his brother Brag who’re thrown from one life-threatening event to another, making new friends along the way and giving Lawrence some inspiring visuals, Roffa’s introduction among them. He provides the cover image. Thara is one very few women in the entire series given a major role, and in common with the male cast her personality extends no further than serving the needs of the plot, but unlike them there’s an unconvincing switch of allegiance. Given the lack of big roles for women generally, it’s difficult to see this as anything other than poor attitude toward women in addition to being plot convenient. It’s a flaw in an otherwise fine adventure.

While we’ve already seen aliens on Elekton, and will again, the final story has some Trigans making their way to another world, a feat considered by most to be beyond their scientific expertise. It’s a weaker story for treading too close to earlier episodes, for a nutty villain with an ill conceived plan, and Butterworth coasting a little. Lawrence’s art elevates anything, though, and there are a few neat touches, especially the truth of the monsters. That was some cliffhanger when readers had to wait a week to discover what happened.

All these stories are alternatively found in the first volume of Rebellion’s standard sized paperback The Rise and Fall of the Trigan Empire, which also encompasses the content from the opening two hardbacks in this series. That’s a far better bet than the 1989 Hawk Books Tales From the Trigan Empire collection, where they’re also included, along with strips from The Three Princes, which follows, but despite an oversize hardcover edition some strips have been cut and modified.