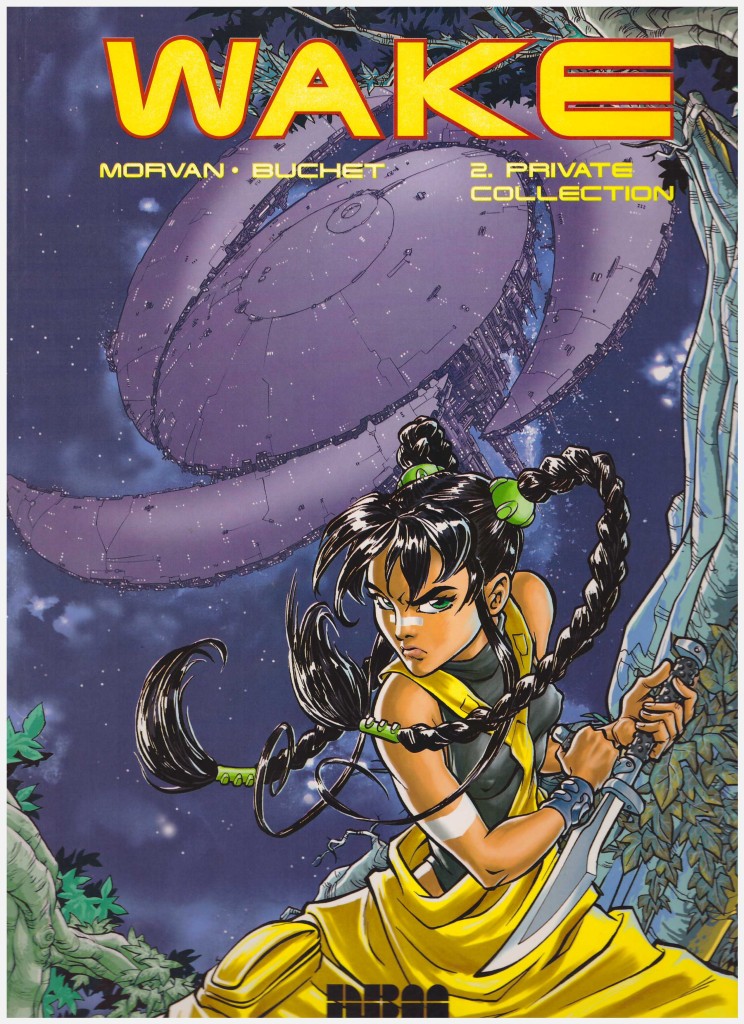 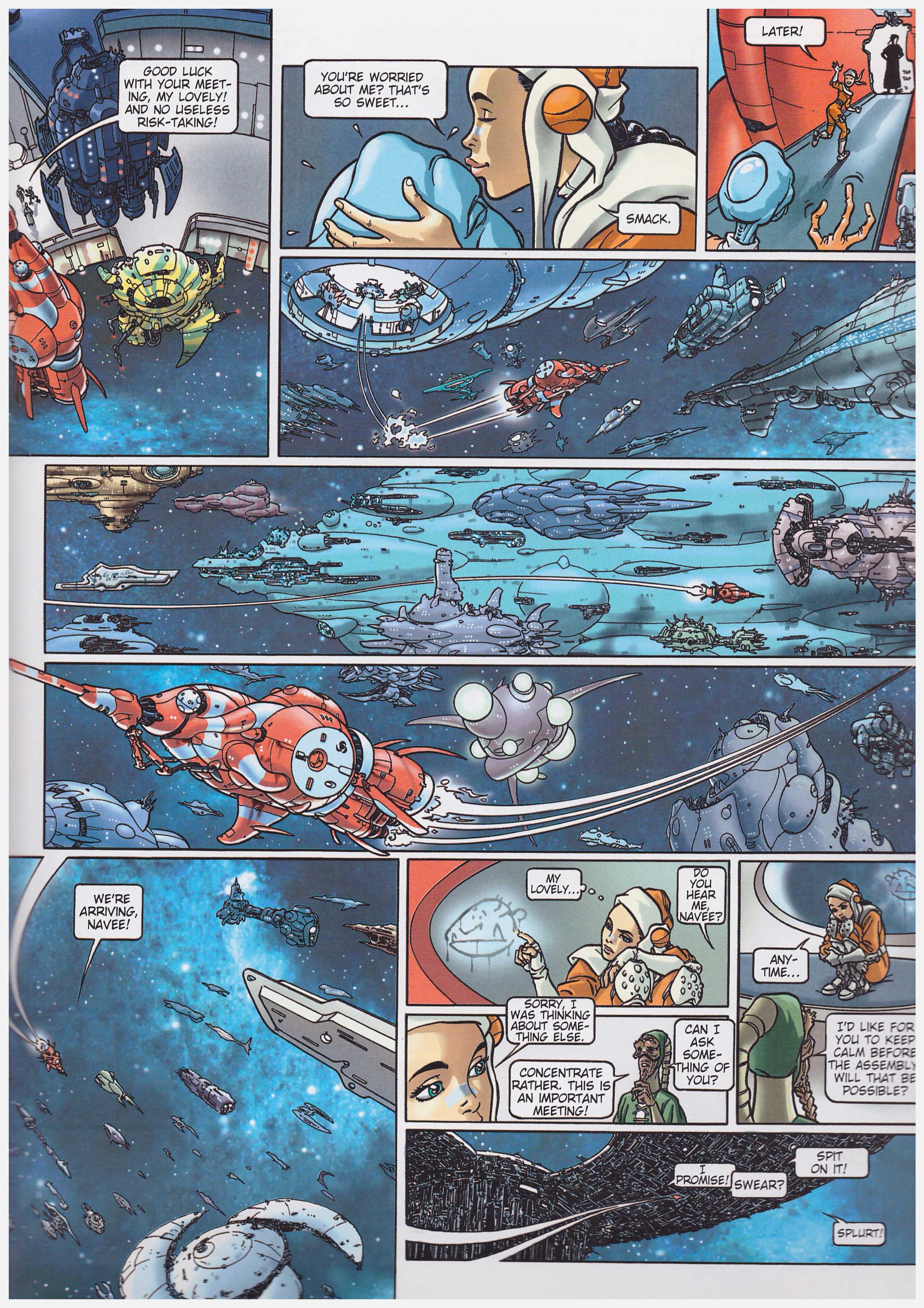 This is a second dose of excellently drawn science fiction featuring a likeable, adaptable and no nonsense heroine, Navee. As shown in the opening Fire & Ash, she was the only survivor when a spaceship crashed on a remote jungle planet, and grew to adulthood fending for herself alone before being picked up by a vast space flotilla comprised of thousands of ships and numerous races. Now the sole human among the Wake fleet, Navee’s independence, versatility and lack of allegiance makes her a valuable asset to the ruling assembly. She has one further talent, she’s immune to the probings of telepathic races. This is exceedingly rare.

With Wake the size it is, there is no universal agreement, and disagreements between individual species can have devastating consequences. Navee’s caught in the middle of such a dispute when a friend needs help. Jean David Morvan’s plot connects together well, with seemingly throwaway elements earlier on having their use in the later stages. He again conceives some fantastic qualities for alien species, feeding into the larger plot without ever coming across as too contrived.

Philippe Buchet’s art is amazing. He has the imagination to create a credible alien environment and populate it with alien species that aren’t just humanoid, but coloured green, instead creating a veritable menagerie of wonderful species. Those co-existing on Wake each have an environment suitable to them, yet possibly hostile to others, and his action sequences, whether featuring beings or spacecraft, are great. It’s a shame that to comply with the prudery endemic to the English language market NBM felt compelled to alter the artwork in a startlingly obvious manner.

The reasons behind the plot’s conflict remain concealed until the final act, and it’s a surprisingly universal revelation, partly involving feet of clay. Thoroughly entertaining, and Wake continues with Gearing Up.