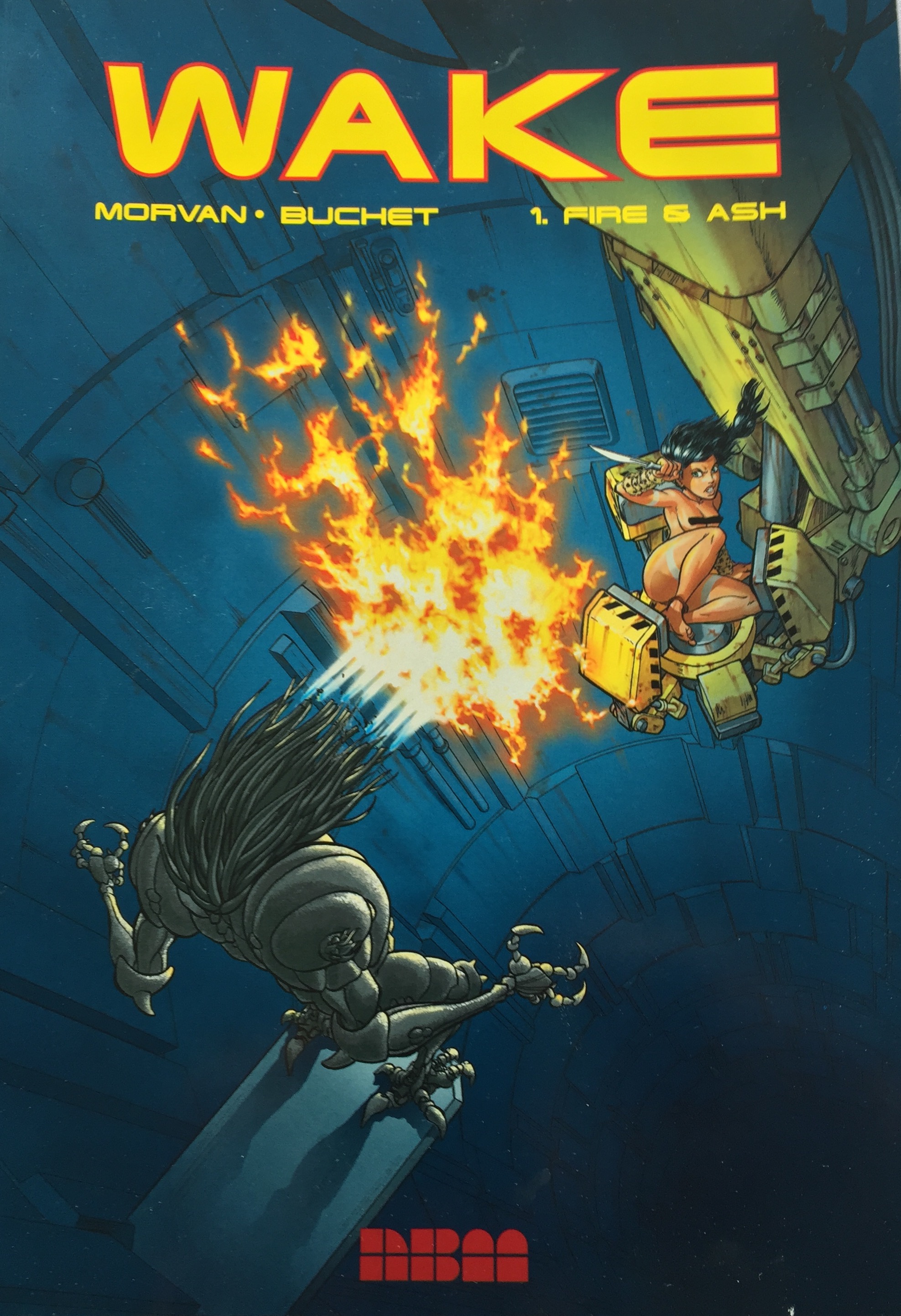 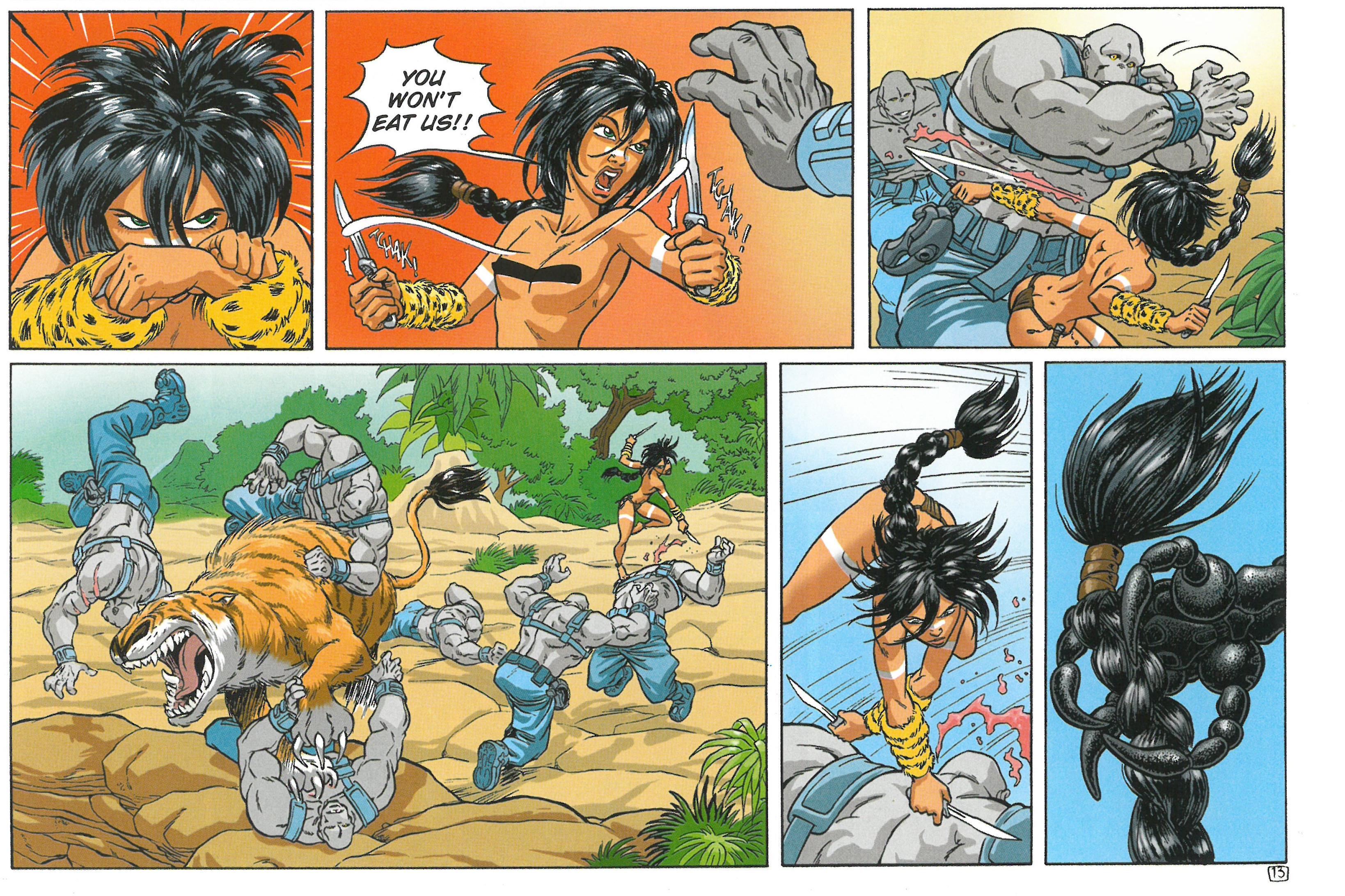 Published in 1998 in France as Sillage this is the first episode in a series of more than ten parts to date.

The heroine is Navee the only survivor of a spaceship wrecked on a forest planet. She has grown up devoid of human companionship and we find her living in perfect communion with the native fauna including a tiger-like animal called Huoyo who makes a habit of saving her life.

Her world is irrevocably changed when an alien ship lands and begins preparations to change the planet to make it more suitable for colonisation. Navee, along with the spirit of a deceased alien who whilst taking up residence inside her and rapidly becomes her éminence gris, leads a revolt against the invaders by convincing the endearingly stupid robots that free will is a good thing. The invaders are Hottards and part of a massive space convoy that has its own set of laws. One of these concerns not changing planets where sentient beings live and this rule is flouted by the invasion leader desperate to find a planet to solve their own population crisis.

Jean-David Morvan’s story is simply told with Philippe Buchet’s clear and precise artwork allowing the plot to unfold in ways that consistently refuse the easy option. Having said that, the translated version has been bowdlerised for sensitive American souls by the naïve if effective solution of applying a black band, as if drawn by a felt-tip marker, across Navee’s previously bare chest. The leader of the invasion Madjestee Heiliig, is shown missing his Hottard partner Saahre and being concerned at the fate of his race. Whilst not exactly justifying his decision to press ahead with Hotta-forming the planet at the expense of the inhabitants, it does allow the reader to accept that there are other factors at play rather than the simplistic-evil alien trope.

There are a few occasions where other stories are brought vividly to mind; Huoyo is very reminiscent of Bubastis from Watchmen and the frames where a huge tree is felled mirrors Avatar very spookily. To be fair, James Cameron wrote his film four years before the novel was originally published and the heroine’s name does match the natives on Pandora. It could be like the debate over the argument about who copied whose riff: did David Bowie rip off The Sweet’s Blockbuster? Or did Chinn & Chapman hear one of Mick Ronson’s finest and think, “Hey, we can use that”?

In refusing to take the simplistic route of Avatar, Wake is a more satisfying and engaging experience. The conclusion revealing the decision of the Convoy’s judiciary regarding Navee provides a totally unexpected twist. Volume two is Private Collection. 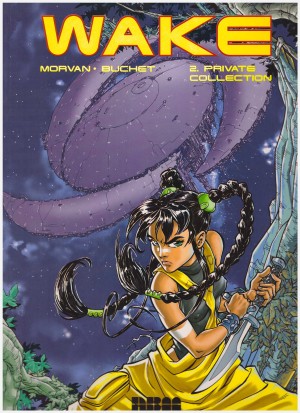 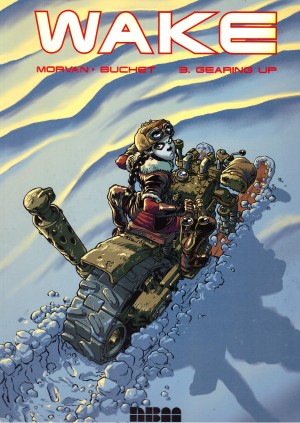 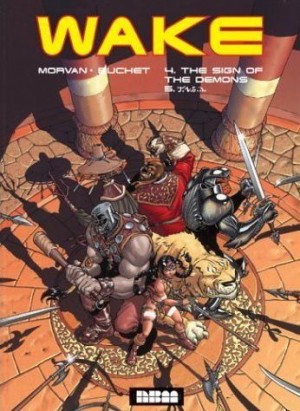