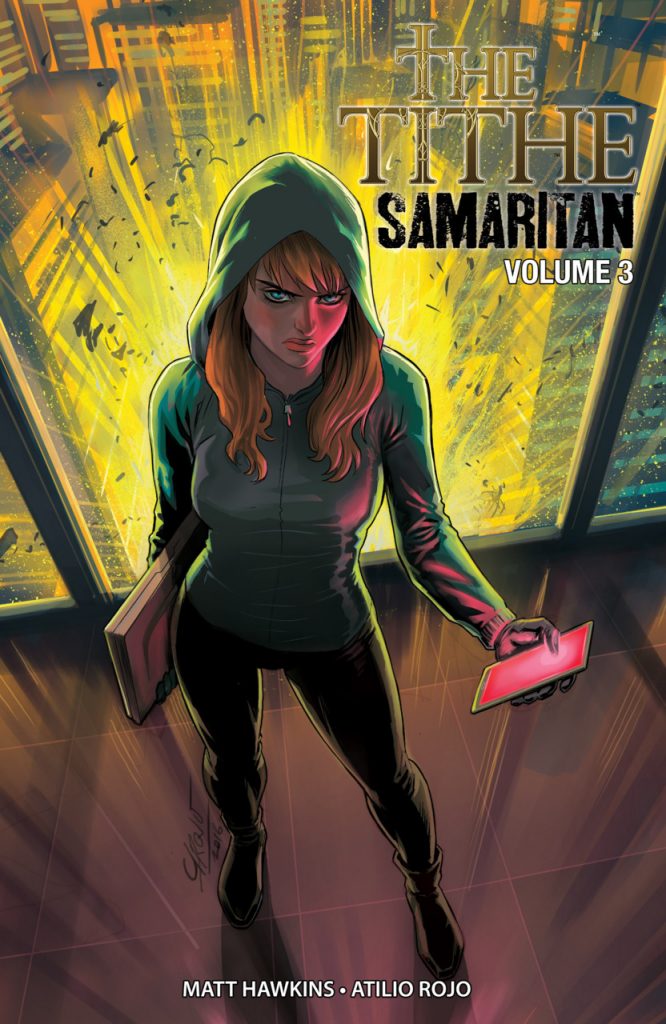 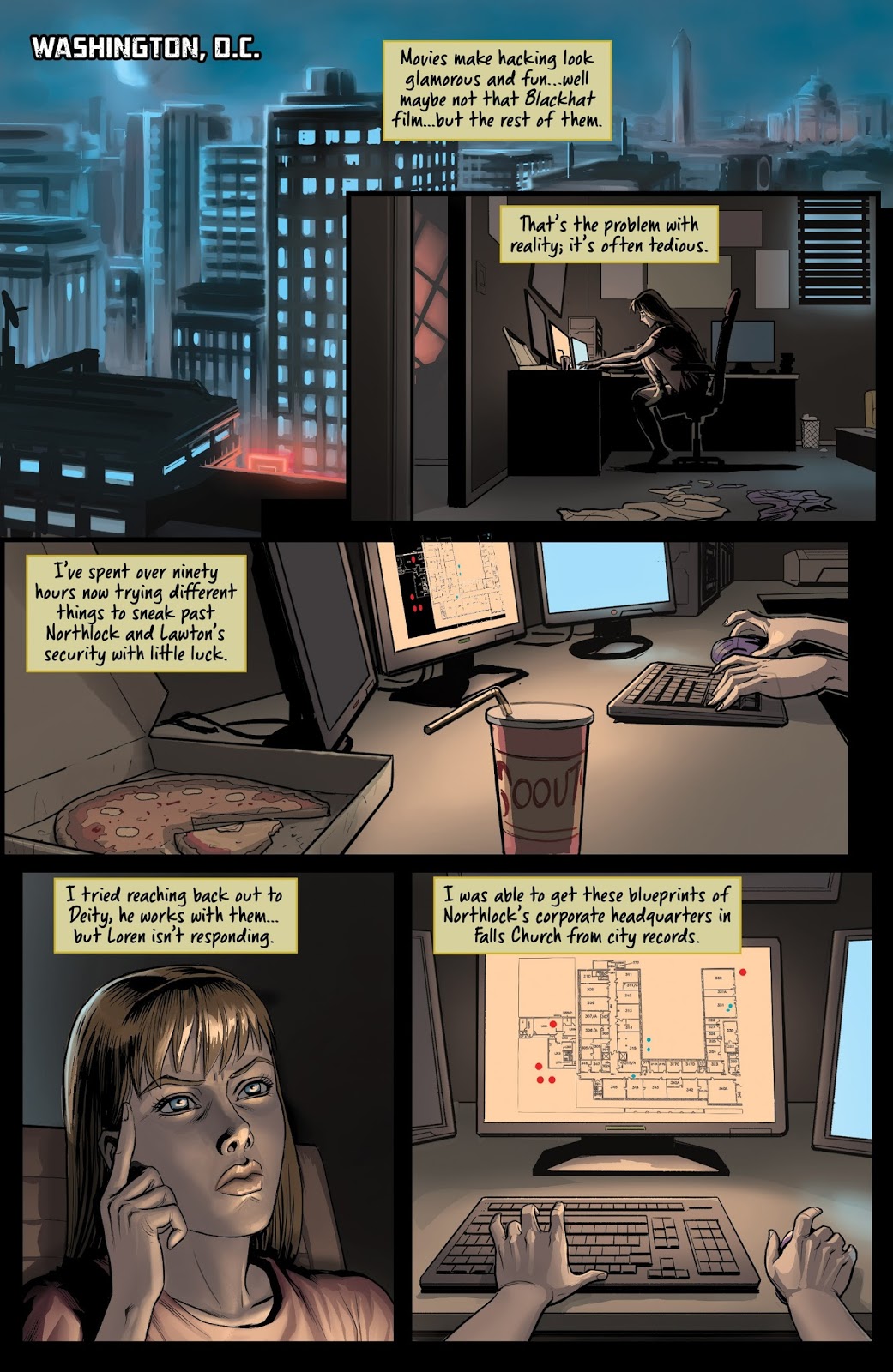 There’s an illogical pagination to this final, although inconclusive volume of The Tithe, which contains a pair of three chapter stories, but places them in the wrong order. The almost direct continuation from Volume 2 is also issued as a separate paperback, Eden’s Fall. Those events, though, are reprinted here after the three chapters relating the fallout. Readers are advised to read them before the opening story.

‘Eden’s Fall’ starts well enough with all three FBI agents hacked off that an extremist responsible for thousands of deaths has been protected and squirrelled away in a remote community, escaping justice. They decide to intervene, but their plan isn’t greatly thought through. One attraction of the story is that it connects with two other series also written by Matt Hawkins, Postal, which features the town of Eden, and Think Tank, starring genius technician David Koren. Except beyond a scene at the start and two later pages being bawled out, he doesn’t appear, but supporting character Mirra Sway has a more prominent role.

Hawkins co-writes with Bryan Hill. There’s no clear breakdown, but it is apparent that the dialogue is weaker, with characters often explaining for the benefit of readers rather than the person they’re talking to. While it shocks in solving a duplication of talent problem this series has, the ending is unsatisfying, with a new character arriving from left field to mop up the problem. What happens leaves the Tithe cast cut adrift and hurting, and the opening story picks up from there.

All artwork is by Atilio Rojo, whose storytelling is strong, but initially features too many obviously posed figures, sometimes with mad, staring eyes on ‘Eden’s Fall’. His later work on the opening story is more polished, with greater thought applied to the layouts and greatly improved action scenes.

When introduced in The Tithe Vol. 1 Samantha Copeland was Samaritan, a very careful and capable hacker with a social conscience, whose activities stretched to physical robberies from corrupt preachers. She’s been through a lot since, and is set on making people pay. It’s some time after the end of ‘Eden’s Fall’, and Sam is aware of the shocking manipulations resulting in the latest American President coming to power, atrocities unknown to the public, but which she can’t prove.

While having some similarities to the first Tithe outing, Samaritan is far better than ‘Eden’s Fall’. There’s tension, surprises, and because it’s the final volume there’s no telling how things will play out. Hawkins has researched well, and makes good use of his findings to present a credible world of hi-tech spycraft. The only unfortunate aspect is that for all the thrills, this isn’t a story that ends in Samaritan. The plans were to continue in a series starring Mirra Sway, planned for 2018, but which never manifested. It leaves both stories here compromised, which is a shame after Hawkins pulled things back from an uncharacteristic quality dip.