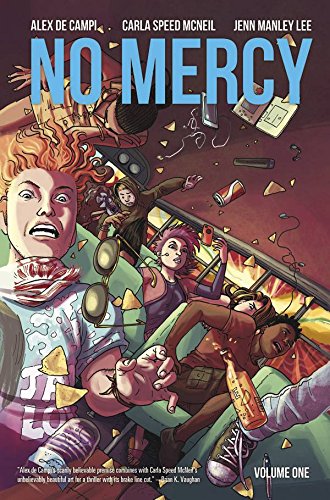 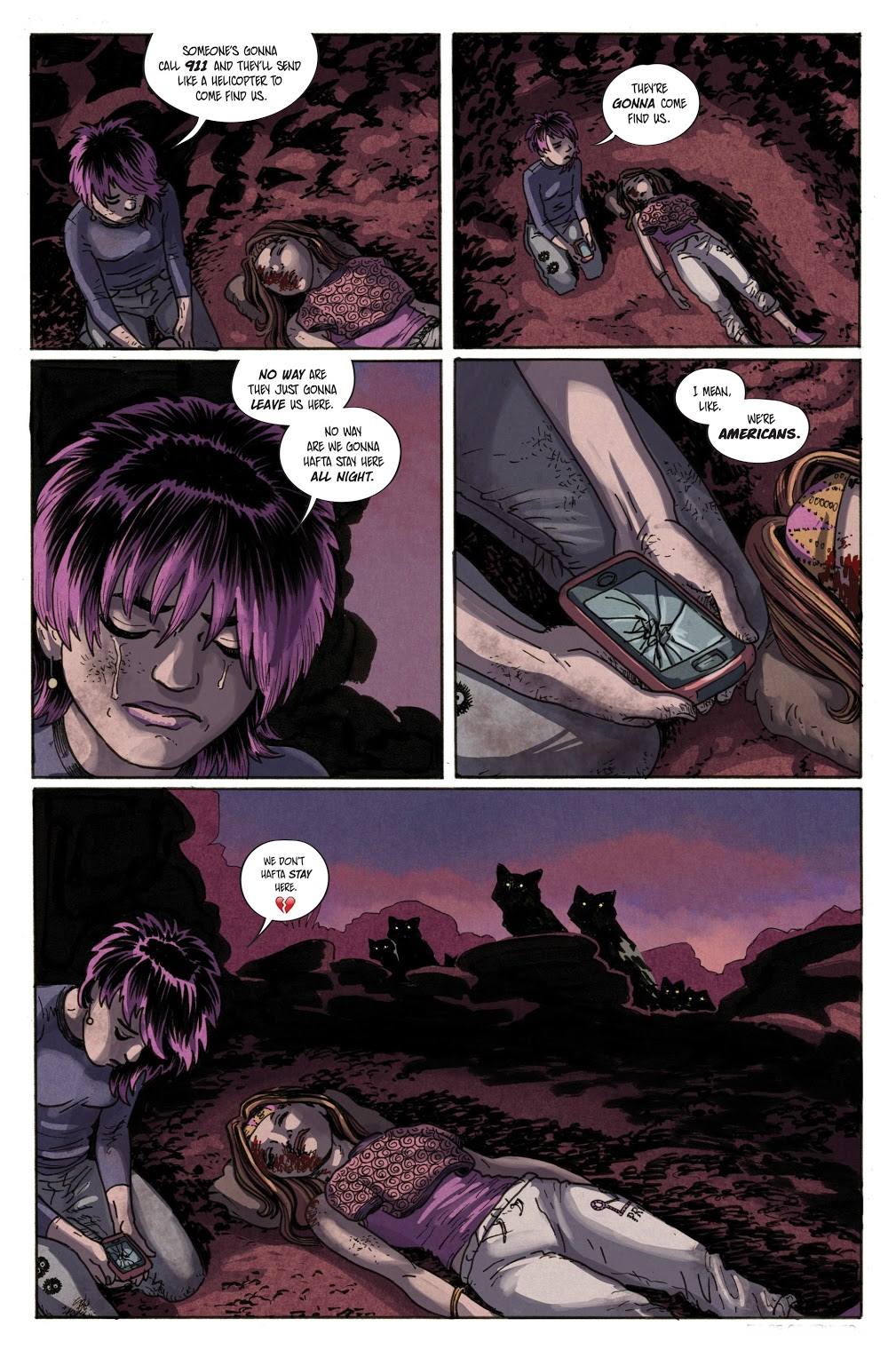 A clever title hides a double meaning about this story of a group of students from across the USA who’ve volunteered for a social improvement project in Central America. There’s as little mercy about their creator Alex De Campi as there is to the conditions they eventually endure. This could well be her wish-fulfilment revenge story about people she once had to accompany, as from the start she seems to have little interest in presenting anyone sympathetic. Among them are the naive, shallow, entitled, stand-offish, smug, bullying and plain dim.

De Campi and artist Carla Speed McNeil spend the opening chapter introducing most of them, before the bus driving them takes a topple over a cliff in what the nun sent to collect them describes as very dangerous territory. That’s the happy bit.

McNeil ensures everyone is identifiably distinct over an opening chapter after which several of the cast are no longer needed, and the character designs serve her well over the next three chapters. This is where those who’ve lived through the initial crash (not all in prime condition), scrabble to survive what awaits them.

No Mercy is a slow burn, most of this opening volume taking place over 36 hours. De Campi ramps up the terror extremely effectively, both from within the group and eventually from outside, and she has every chapter end on a cliffhanger. It reads as if plotted for a film or TV miniseries, with all the uncertainty about the cast and circumstances that suggests, and by the end of the four chapters what’s believed about some cast members will have completely flipped around, which is good writing. Even with all the terrors packed in, the volume ends on a suitably ominous note, which will make Volume Two a must buy. 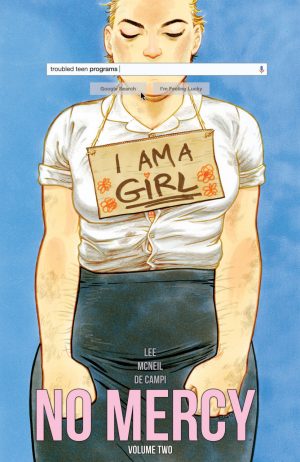 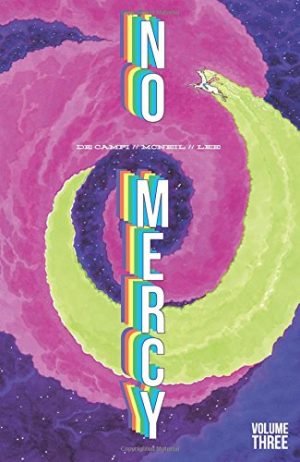 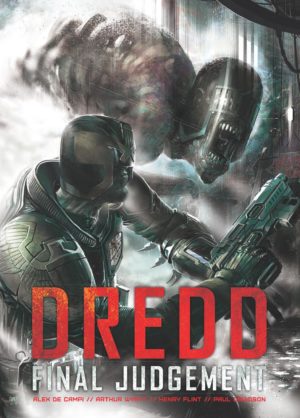