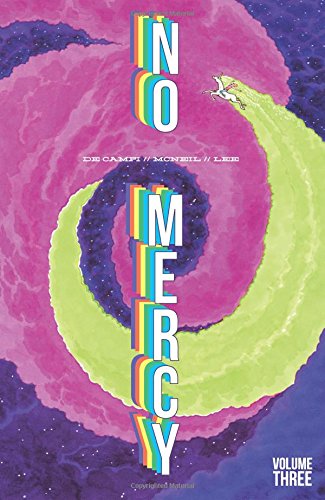 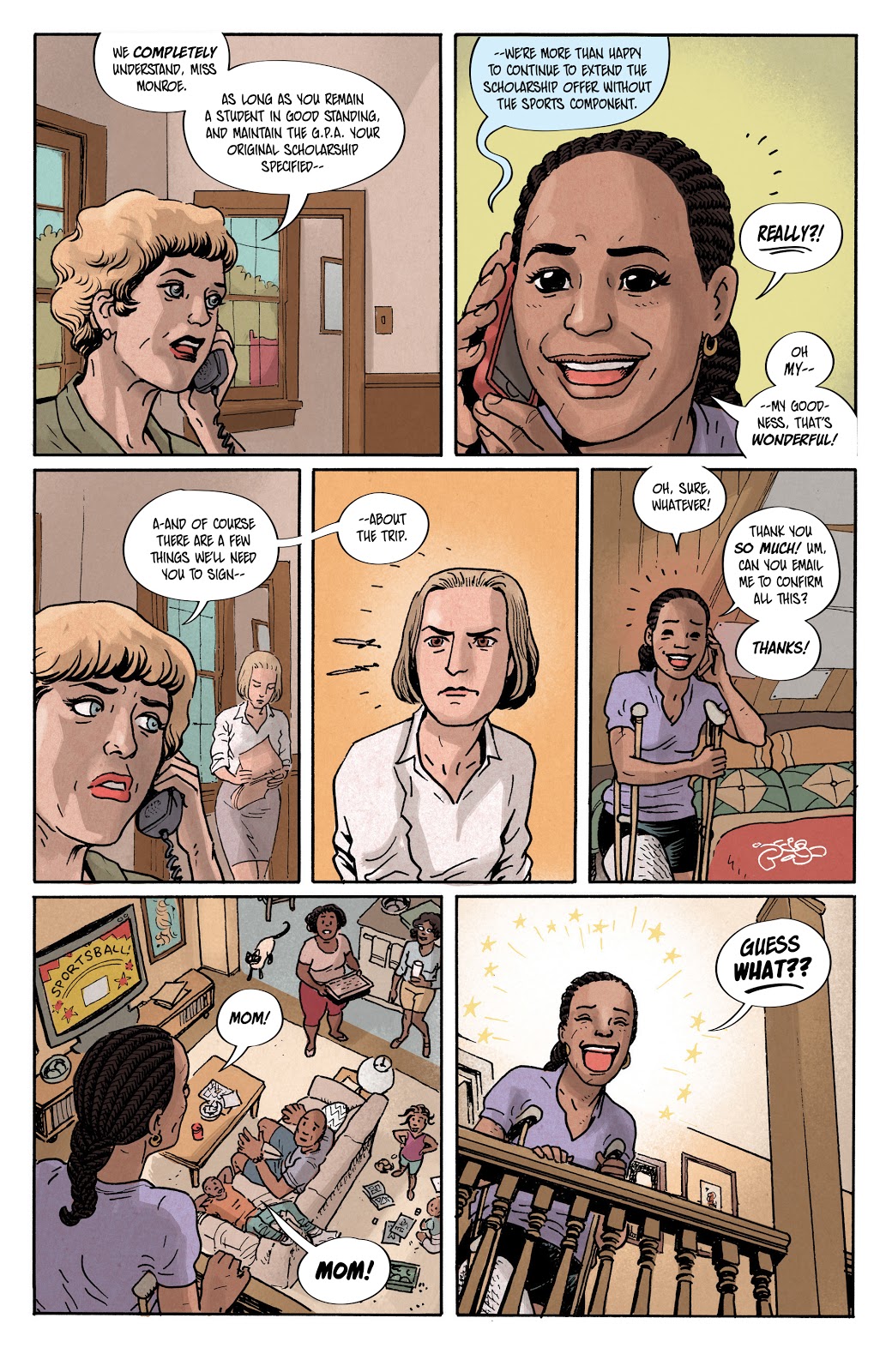 Alex De Campi introduces a new form of horror to open No Mercy’s final volume, that of corporate cover-up. As in the real world, if a corporation’s representatives ever consider their company may have neglected some safety considerations, admission, accountability and honesty are never on the agenda.

By the end of Volume Two the teenagers who survived a bus crash in the series’ opening chapter were spread over a considerable geographical area. Some had made it back to the USA, while others remained in Central America, but a long way from where the crash occurred. As this is the final volume, the expectation would be that their fates are all revealed, and all loose ends are neatly pulled together. Disappointingly, that’s not what happens, as No Mercy is another Image series cancelled before a definitive conclusion.

That doesn’t mean this isn’t worth your time. The previous two volumes are so readable because De Campi and Carla Speed McNeil pay attention to detail, and frequently surprise, and they continue in the same page-turning, action thriller vein. There’s one phenomenal piece of storytelling where a matter so casually mentioned in passing comes to have devastating consequences in the following chapter. It’s so astonishing that the implications take a while to drop into place. It’s moments of that sort making it such a shame No Mercy wasn’t finished. Sure, readers can broadly extrapolate the fates of some characters, but most readers aren’t writers or artists, and De Campi and McNeil would have done the job so much better.