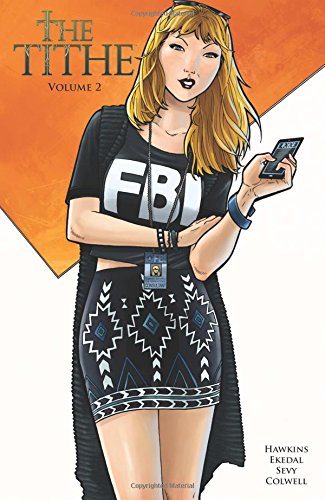 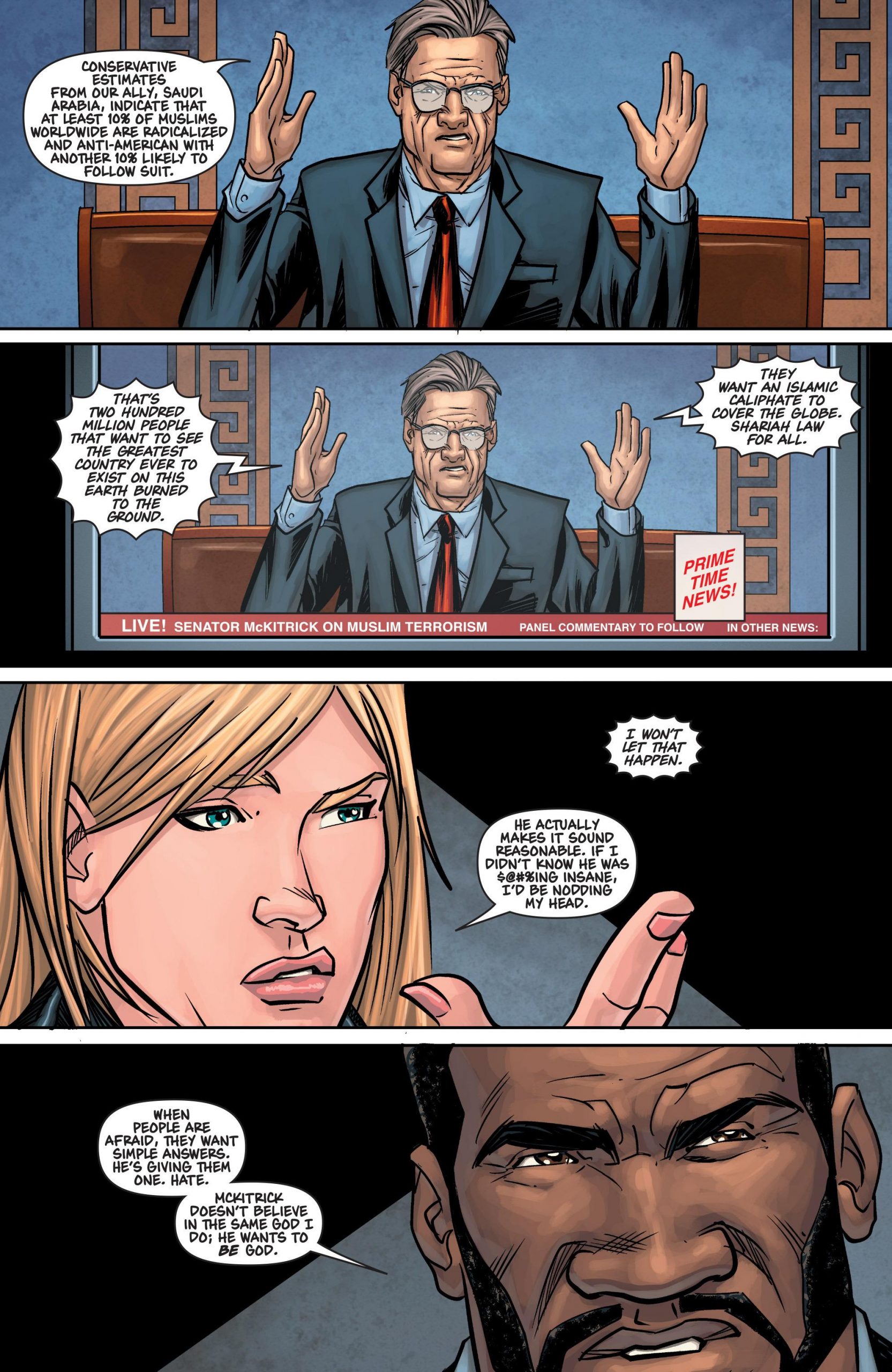 For his second outing on The Tithe, Matt Hawkins is stuck with the series title applied to the first, and very specific to corrupt preachers fleecing their congregations. While featuring the same three lead characters, this is a very different story, although still concentrating on those who use religion to their own ends. Also remaining is the engaging and contrary relationship between FBI investigator Dwayne Campbell and colleague Jimmy Miller, hacking specialist. Time has moved on a little, and Jimmy is now in a relationship with fellow hacker Sam Copeland.

‘Islamophobia’ is only titled as such on chapter opening pages, perhaps seen as too provocative in 2016 to place on the cover. Credit to Hawkins, though, for stepping in where others might fear to tread. The crux of his plot concerns political and religious extremes, starting with a young Syrian refugee blowing up a Catholic cathedral and all within.

Copious background notes after the story reveal sources and references, and Hawkins comes across as a comic writing Louis Theroux, struggling to understand extreme views. In hindsight, it’s worth noting the story was serialised before Donald Trump was confirmed as a Presidential candidate. While the real world issues are central, they never overwhelm what’s a compelling procedural mystery, Hawkins not concealing his perpetrators or their aims, which are portrayed as inhumane and self-serving.

Rahsan Ekedal, Volume 1’s artist, here produces layouts for the very talented Phillip Sevy. These tread a fine line between presenting the atrocities central to the story and trivialising or sensationalising them. Some pages could be viewed as a little melodramatic, but on the whole the balance is right for what needs sensitive treatment. Under Sevy the personalities charm or repel as intended, and he’s no shirker with backgrounds.

While following through the investigation is proficient on the whole, Hawkins never explains the seeming coercion, and another slight problem is The Tithe now having two expert hackers. While still accomplished in career terms, Sam Copeland’s presence is diminished by her incorporation into the FBI. Both she and Miller are trumped by the use of another hacker as Hawkins incorporates David Koren from Think Tank as a prelude to the cast all being part of events as they continue in Eden’s Fall, which, strangely, is also the back-up in Volume 3: Samaritan. 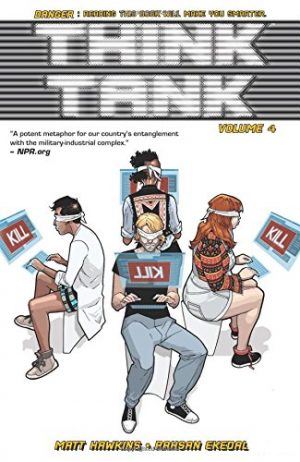