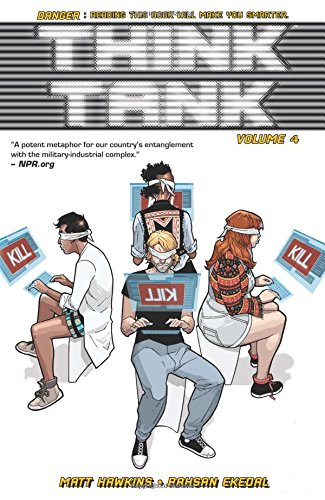 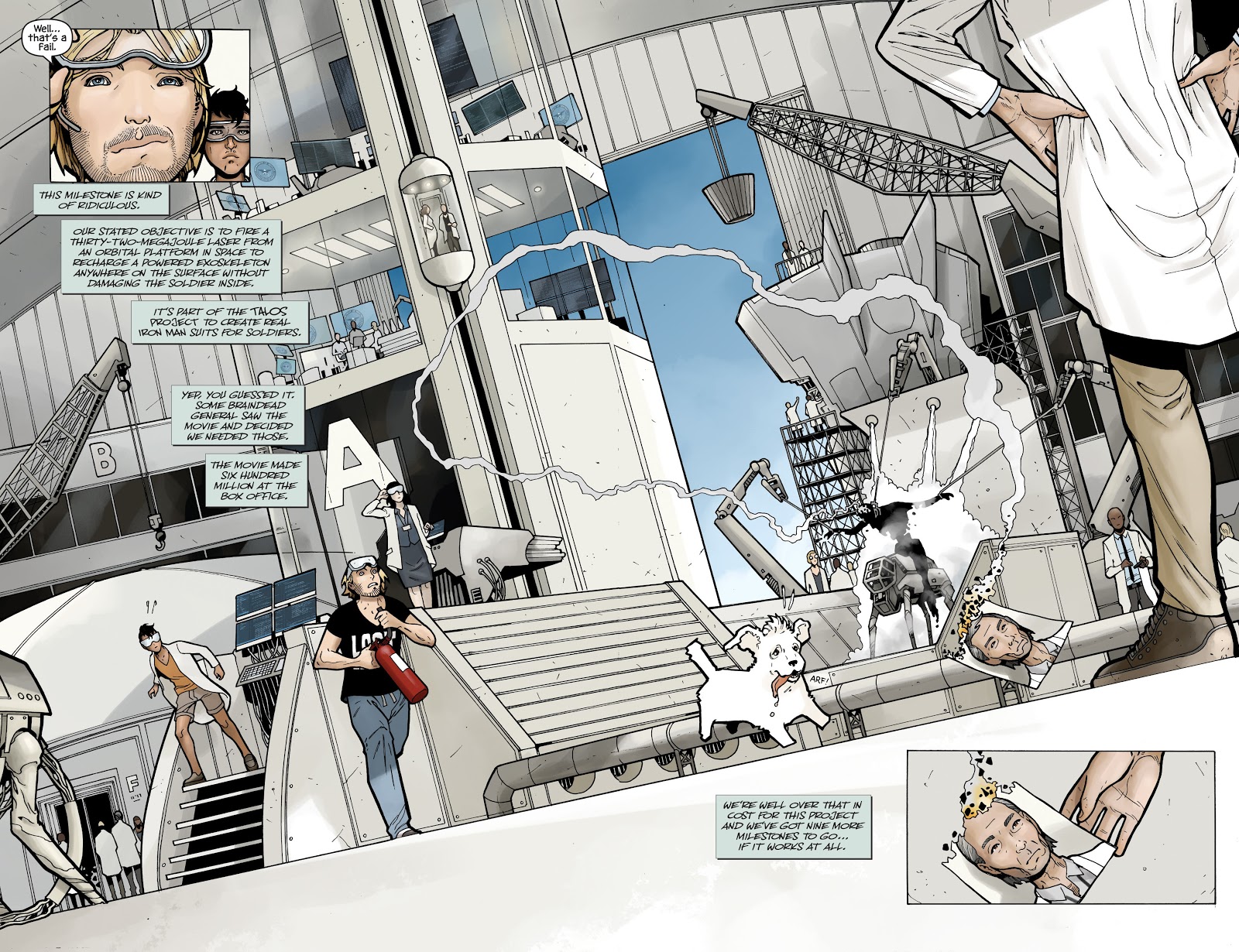 David Loren’s first venture into colour begins with him seemingly in more contented and contemplative mood after the life-threatening events of volume three. He’s now based in California, and working on armoured tech-suits, while occupying his spare time on small projects like knocking out the electrical systems in New York and setting every traffic light in Los Angeles to red.

In volume three Matt Hawkins removed Loren from his comfort zone and it wasn’t quite as successful. This time he’s found a different way of doing that, and it slots right into the spirit of the series. The difference is that Loren now has contact with high ranking people he can trust rather than those attempting to intimidate him into creating new weapons, and the difference is a greater spotlight on how Loren’s eccentric and narcissistic behaviour affects others. What he’s smart enough to do almost in his sleep has the potential to wreck lives.

Some great spreads by Rahsan Ekedal stick in the memory, an opening glimpse at new facilities providing the sample art, but there’s also an aerial battle, and a phenomenal view of Hong Kong. The shift into colour hasn’t bothered him in the slightest, and there’s a subtlety about the way he overlays Loren’s world with plenty of light blue, while also retaining plenty of white from the black and white days. It’s deliberately calming, and that rather goes against the grain of the story, which is controversial. From the earliest days Hawkins has had Loren analyse himself in his narrative captions, referring to his mental state and to how he self-medicates, and brief sessions with a psychiatrist have been instrumental in constructing his character. Until now, however, all that’s been by way of window dressing, and with this volume Hawkins rolls out the maxim of all depressives being self-obsessed. There’s been far more to brief references regarding Loren’s mental state than we’ve realised, and this now comes home to roost. It’s not entirely convincing, the slide seemingly too rapid, but the important aspect is where Think Tank goes with it. Unfortunately, that’s not revealed until volume five, the first with a title: Animal.